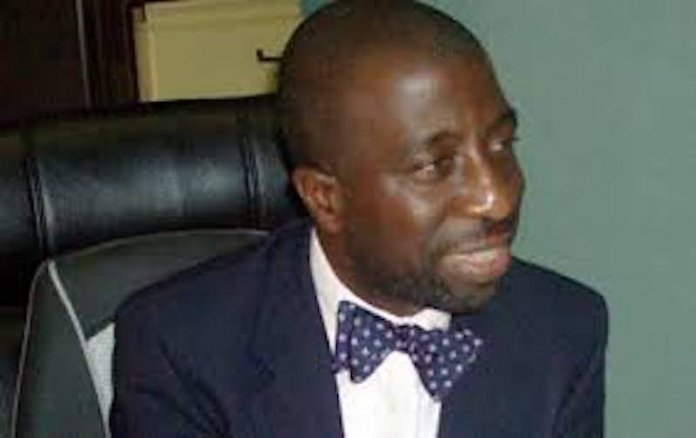 Mr. Muyiwa Ige is the former Commissioner for Lands, Physical Planning and Urban Development, Osun State. His love for books inspired the establishment of neighborhood libraries starting from Esa-Oke, Obokun, Local Government Area in the state. He spoke to Funmi Ogundare about the need to reinforce the reading culture among youths

The importance of having a public library in a community cannot be overemphasised as it serves as a source of accessing information and a place for knowledge creation.

Based on these, the son of former Attorney General of the Federation and an architect, Mr. Muyiwa Ige plans to set up neighborhood libraries in Esa-Oke, Obokun, Local Government Area of Osun State as a way of giving back to the society and boosting the reading culture among students.

While sharing with THISDAY what inspired the initiative, he said: “I found out that the reading culture in this country has gone down, which means it is continuously regressing and needs to be brought back. I have over 10,000 books in my custody and I have some form of network with those that donate books to schools and resource centres.

“I also have family members who are book boss, so I felt that a good way to give back is by setting up neighborhood libraries. Each state has a library board but I am sure they are not really functioning and adding any value. So I felt if we start at the community level by setting up these neighborhood libraries and stocking them with books and encourage children to use the libraries, it will be beneficial.”

He said the library project would take-off at the first quarter of this year, adding that he plans to start in his local government area, Esa-Oke, Obokun and then spread it to other local government areas in Oriade, Osogbo and other towns in Osun and Oyo States, in an effort to galvanize the reading culture.

Ige recalled picking up a book on structural writing from his pile of books and giving his son for his English exams, saying that it was really beneficial.

He said the books that would be provided for such libraries would not just be for reading sake, but that journals and other reading materials would also be provided to aid students in excelling in their studies.

Asked if the books in his custody are related to schools’ curriculum, he said, “the fundamentals are the same, even though some of those books are outdated, some are still new. I have books on technical education, as well as books for secondary school students and tertiary institutions.

“There were books that were to be in the library years ago and now this is the right time to try and effect it. I have been collecting all these books for 25 years.”

On how he intends to penetrate the communities, he said: “The idea is to go into the community and acquire space, partner with them and rent two or three bedroom spaces, put some reading tables and chairs and stock it books and neighborhood reading rooms basically.

“If there is greater interest, then we can make it larger and can now grow into having computers, but the most important thing is to have books and children delving into reading and going into computer networking and doing research. More importantly it is to set up libraries where books can be read.”

He said as time goes on, existing schools with small libraries would be supported with the intent of growing the libraries and encouraging people in the community to donate books. “It will be useful to partner with those schools to let them know that after school hours or weekends, the children can come and use the libraries.

“For instance, there is a group in Esa-Oke called Esa-Oke Renewal Initiative, one of the member’s daughter has this kind of my vision and has access to close to 10,000 books. By the time we put that together, it becomes something large and we can spread the tentacles all over the place.”

Ige epressed concern that most public schools don’t have books, saying that once the initiative takes off, it will be an opportunity for them to have facilities such that they would be able to have access to books, instead of wasting so much time on social media.

“It will take away from them the opportunity to use phones browsing the internet. We will also create activities especially on weekends because by the time they are done in school by 3pm, in the neighborhood, we can have an opportunity for prep period through partnering the schools where they can come and do their home work within the library and do research. It is a neighborhood library community concept so within a particular kilometers, there will be a central library that the children can go to.