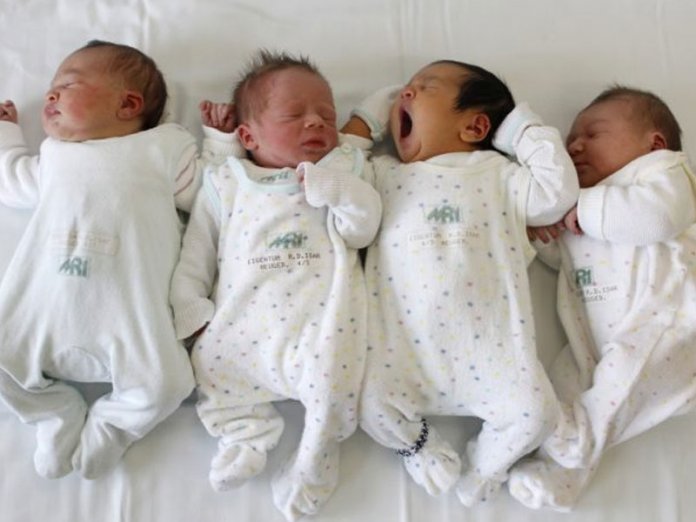 The Wife of the State Governor, Mrs Bolanle Ambode, who visited the hospitals to share the joy of the new births with the families, advised pregnant women to patronise government health facilities for deliveries.

Ambode said that the huge government expenditure on infant and maternal health infrastructure, could only be justified by commensurate use of the modern facilities, by the women, their babies and children.

She noted that government’s efforts in stemming maternal and infant mortality would be slow if expectant mothers did not go to the centres to use the facilities.

“I wish to note that the state government has continued to strengthen the health sector with the provision of neonatal care units, equipment and resources to our state hospitals, to enhance the quality of maternal and child care services in our state,” she said.

Ambode also appealed to mothers to ensure they completed the full course of immunisation for their children to prevent childhood killer diseases.

“In addition, parents must avoid the use of contaminated water, and poor sanitation, as they contribute to childhood mortality,” she said.

Ambode urged expectant mothers to maintain good hygiene and health- promoting lifestyle in pregnancy to ensure the wellbeing of their expected babies.

On his part, Commissioner for Health, Dr Jide Idris, said with the implementation of the Lagos State Health Scheme, more residents would have access to improved health services.

Idris said that this would reduce neonatal and infant mortality and ensure safe motherhood.

He noted that the plan of the state government was to get all residents into the health scheme and focus on the basic healthcare in the state.

Idris said that it was not only limited to the public sector, but also extended to private institutions to ease accessibility.

While thanking Ambode on behalf of other parents, Mrs Adara Awofeso prayed for the governor, his family and the state.

Gift items, mostly baby daily needs, were presented to the parents of the lucky babies by Ambode. (NAN)