It’s some hours into 2019. To imagine that only 19 years ago, her democracy was only a year old. Between a Buhari and an Atiku presidency I have tried to confront the reality that we live in the Age of the Strongmen – the time of authoritarianism. The broad smiles of the neoliberals have faded. They had their moment to squeeze society and produce prosperity for the few. When the neoliberals squeezed society, wealth travelled upwards to the few and left the many bereft.

It was in this condition of unbearable inequality that the strongmen appeared. They promised jobs and an end to corruption, but what they actually delivered was social toxicity. It was easier to blame minorities for broad social problems than to actually try and solve them. The strongmen continued the agenda of the neoliberals, but this time without a smile on their faces. They promised violence and they delivered violence. These are ugly times for Nigeria and indeed the larger society.

In 1935, the German Marxist playwright Bertolt Brecht wrote a short note on capitalism and fascism: Those who are against fascism without being against capitalism are willing to eat the calf, but they are against the sight of blood. They are easily satisfied if the butcher washes his hands before weighing the meat. They are not against the property relations, which engender barbarism; they are only against barbarism itself.

Amongst APC, PDP, and the others, it is the reality of our 2019, that is why you don’t need a soothsayer to tell you that an Atiku is promising 50 million jobs.

‘Property relations’ referred to capitalism – in which a small minority of the world’s population holds the vast mass of social wealth (land, labour and capital). This social wealth is used homeopathically to hire human beings and exploit nature not for any other reason than to make money from money, namely for profit. Concern for humans and nature does not drive the investment of this capital, greedy by its nature.

This capital stands apart from human life, eager to accumulate more and more capital at all costs. What drives the few – the capitalists – is to increase their profits by seeking higher profitability. In cycles, capitalists find that there are no easy and safe investments that would guarantee profits. So the excuses would begin! And like the APC, strikes on the system simply show the capitalists draw social wealth away from social use and dry up the economic prospects of very large numbers of people.

High rates of income and wealth inequality alongside dampened aspirations for a better life amongst large sections of the population create a serious crisis of legitimacy for the system. People who work hard but do not see their work rewarded begin to doubt the system, even if they cannot see an exit from the ‘property relations’ that impoverish them. Mainstream politicians who champion the ‘property relations’ and who call upon the desperate to become entrepreneurs are no longer seen as credible.

So the strongman Buhari, whether Sudanese or Chadian, the message of APC is that if we allow PDP get power no future seems possible. The Buhari camp belittles the mainstream politicians for their failed projects, but then they do not offer a coherent solution to the escalating crises either. Instead, the strongmen blame the vulnerable for the dampened aspirations of the vast majority. Sadly with the PDP not knowing the ball game, their fangs will be flashed at the weak, who earn the anger of those who have high aspirations but cannot meet these aspirations. The PDP is drawing on the frustrations of people without offering any reasonable exit from a situation of high inequality and economic turbulence. There’s no collaboration, no competition, just a garb from same bunch of persons.

Either individuals and families or the state are moving into massive debt so as to increase aggregate consumption and save capitalism of politics and leadership from itself. People are asked to be patriotic, and governance is only asked to be profitable.

For the Left what really is 2019 about and why is it already failing even before starting? The first set of challenges is that we haven’t found a way to organize people who find their society shattered and their expectations confounded. The second set of challenges includes how to find a policy exit from this system and its limitations.

Time again will be spent pointing fingers at the ‘outsider’ – the losing politicians, the social minorities, and anyone who is socially powerless. It is against these people that the need to build strength to a great future irrespective of who gets the nod in 2019.

There can be no resurgence without a firm and complete defence of the ‘outsider’, a total rejection of the fascistic ideas of hatred and biology that saturate society. It is harder to build a politics of love than a politics of hate. Can the left movements (in this case our third force) develop a politics of love that attracts masses of people towards 2023?

Are we working to produce the sensibility that a future is possible and to engender confidence amongst people to fight to build that future?

Currently we are growing a democracy without democracy. Democracy or at least an illusion of democracy is the main form of governance but the oligarchy and imperialism have used many methods to undermine democracy, to dominate society without suspending democracy. The methods used are sophisticated, including to delegitimize the institutions of the state, to disparage elections, to use money to corrupt the electoral process, to use social media and advertising to destroy opposition candidates and to utilize the least democratic institutions in a democracy – such as an unelected judiciary – to erode the power of elected officials. So will Atiku or Buhari defend the idea of democracy from this attrition without allowing democracy to come to mean merely elections and the electoral system?

So the butcher washes his hands before weighing the meat, but does it change the source of the meat? If only solutions were in the men in these race there would be hope, but the year is bleak. Can we manage to change something? 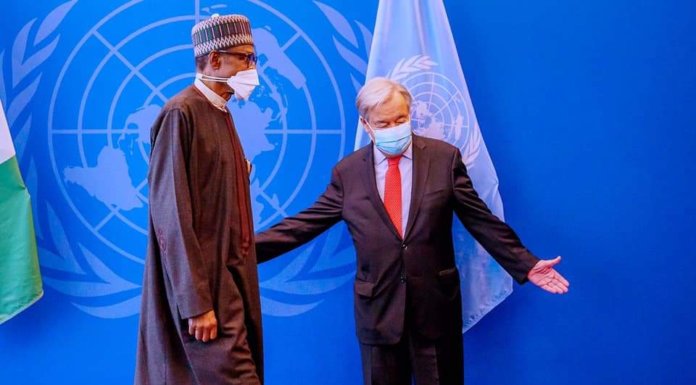