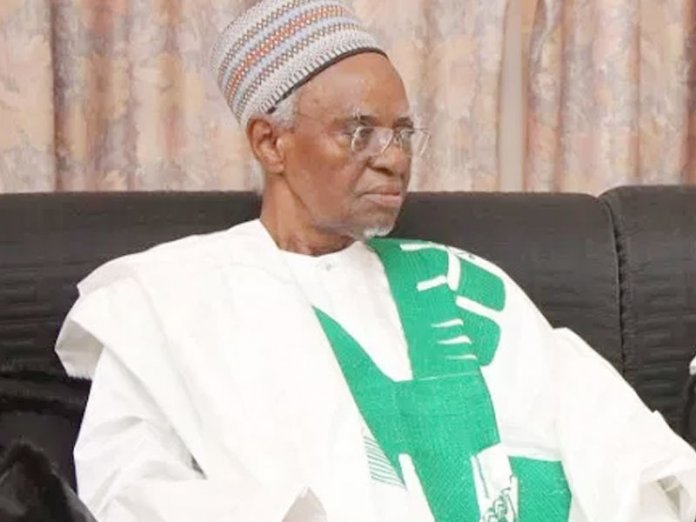 By Charles Ajunwa, Deji Elumoye and Kingsley Nwezeh in Abuja and Laleye Dipo in Minna

The curtain fell on the Second Republic President, Alhaji Shehu Shagari, who died yesterday at the National Hospital, Abuja, after a brief illness.

His death was confirmed by his grandson and President of the National Youth Council of Nigeria (NYCNI), Bello Shagari.

“I regret to announce the death of my grandfather, H.E Alhaji Shehu Shagari, who died right now after a brief illness at the National Hospital, Abuja”, he said on his tweeter handle.

In a swift reaction, President Muhammadu Buhari described the demise of the Shagari as the departure of a patriot whose life of service and humility was widely acknowledged

Family members, relatives and some presidency officials were sighted at the National Hospital as at yesterday evening, making arrangements for the movement of the late president’s remains.

Shagari was President of Nigeria under the then ruling party, National Party of Nigeria (NPN) from 1979 to 1983.

He was the only president who was handed over power by the military led by the then Head of State, General Olusegun Obasanjo. He was later overthrown by the same military junta led by then Major General Muhammadu Buhari.

Shagari  served as the first and only President of Nigeria’s Second Republic (1979–1983), after the handover of power by General Olusegun Obasanjo’s military government. Shagari also served seven times in ag ministerial or cabinet post as a federal minister and federal commissioner from 1958–1975.

He was made the Turaki of the Fula Sokoto Caliphate in 1962 by the Sultan of Sokoto, Siddiq Abubakar III. Turaki means an officer at court, in this case, referring to the sultan’s court at the palace of Sokoto. In addition, he also holds the chieftaincy titles of the Ochiebuzo of Ogbaland, the Ezediale of A ouch and the Baba Korede of Ado Ekiti.

He worked as a teacher for a brief period before entering politics in 1951 and in 1954 was elected to the federal House of Representatives.

Shagari was born in 1925 in the northern Shagari village founded by his great-grandfather, Ahmadu Rufa’i, who was also the Village Head, and took the name Shagari as his family name. His father’s name is Aliyu and his mother’s name is Mariamu.

His name, Usman, means “companion”. He was raised in a polygamous family and was the sixth child born into the family. Prior to becoming Magajin Shagari ( magajin means village head), Aliyu, Shehu’s father was a farmer, trader and herder. However, due to traditional rites that prevented rulers from participating in business, Aliyu relinquished some of his trading interest when he became the Magaji, or village head, of Shagari village. Aliyu died five years after Shehu’s birth, and Shehu’s elder brother, Bello, briefly took on his father’s mantle as Magajin Shagari.

Shagari started his education in a Quranic school and then went to live with relatives at a nearby town, where from 1931-1935 he attended Yabo elementary school. In 1936-1940, he went to Sokoto for middle school, and then from 1941-1944 he attended Kaduna College.

Between 1944 and 1952, Shehu Shagari matriculated at the Teachers Training College, in Zaria, Kaduna, Nigeria. From 1953-1958, Shagari got a job as a visiting teacher at Sokoto Province. He was also a member of the Federal Scholarship Board from 1954-1958.

Shehu Usman Shagari entered politics in 1951 when he became the secretary of the Northern People’s Congress in Sokoto, Nigeria, a position he held until 1956.

In 1954, Shehu Shagari was elected into his first public office as a member of the federal House of Representative for Sokoto West. In 1958, Shagari was appointed as parliamentary secretary (he left the post in 1959) to the Nigerian Prime Minister, Sir Abubakar Tafawa Balewa and that year he also served as the Federal Minister for Commerce and Industries.

From 1965 up until the first military coup in January 1966, Shagari was the Federal Minister for Works.

In 1967 he was appointed as the secretary for Sokoto province education development fund. From 1968-1969, Shagari was given a state position in the North Western State as commissioner for establishments.

After the Nigerian civil war, from 1970-1971, Shagari was appointed by the military Head of State General Yakubu Gowon as the federal commissioner for economic development, rehabilitation and reconstruction.

From 1971-75 he served as the Federal Commissioner ( position now called minister) of Finance. During his tenure as the commissioner of finance for Nigeria, Shagari was also a governor for the World Bank and a member of the International Monetary Fund (IMF) committee of 20. In 1978, Shagari was a founding member of the National People’s Party. In 1979 Shagari was chosen by the party as the presidential candidate for the general election that year, which he won becoming the president and head of state of the Federal Republic of Nigeria.

Shagari won the 1979 election with the help of his campaign manager, Umaru Dikko (now late). The campaign had the support of many prominent politicians in the North and among southern minorities.

The party’s motto was “One Nation, One Destiny” and was seen as the party best representing Nigeria’s diversity.

He ran for a second four-year term in 1983 and won the general election. However, on December 31, 1983, Shagari was overthrown by Major General Muhammadu Buhari.

President Buhari last night described the demise of the Shagari as the departure of a patriot whose life of service and humility was widely acknowledged.

According to a statement by the president’s spokesman, Mr. Femi Adesina, the president said he received the news of Shagari’s transition with sadness.

He was quoted as saying, “On behalf of my family, the government and the people of Nigeria, it is with immense sadness that I received the news of the passing away of the First Executive President of Nigeria, Alhaji Shehu Shagari which event happened   Friday in Abuja.”

Furthermore, Adesina said Buhari recalled part of the birthday message he (Buhari) sent to the deceased last February, quoting him as saying in the message, “we are enthralled and regaled with the many years of unequalled patriotism, sacrifices and contributions to national development.

More specifically, we celebrate the role modelling qualities of integrity, diligence and humility that have been the hallmark of your visionary leadership.”

The president was also quoted as saying, “Nigerians held him in the highest esteem even when he was out of office until his demise and will forever miss his wise counsel.”

Babangida said the deceased was also a detribalised Nigerian.

In the message which he personally signed, General Babangida extolled the virtues of the first civilian president in the second republic saying, “Shehu Shagari was a great patriotic leader and an accomplished gentleman, at first a teacher, an administrator, a technocrat and an honest decent unassuming simple Nigerian Leader.

“He will be remembered for his tolerance and politics of peace without bitterness. President Shehu Shagari was a nationalist who never showed any discrimination due to ethnicity or religion and was a very dependable bridge builder” Babangida added in the statement.

In his tribute, Senate President, Bukola Saraki, described Shagari as a man of peace, who dedicated the greater  part of his life to the service of the fatherland.

Saraki, in a statement issued in Abuja on Friday by his Media Adviser, Yusuph Olaniyonu, noted that Shagari would be remembered for his immense contributions to the political and socio-economic development of the country as well as his  peaceful disposition.

“My family and I join the entire nation to mourn the passing of former President, Alhaji Shehu Shagari, who led our nation during the Second Republic.

He was a quintessential public servant; having served in seven cabinet positions and as a legislator. He was the first elected President who was Chief Executive of the country.

He dedicated his best years in the service of our nation and its people and will be dearly missed.

“He was a man who worked for the unity of Nigeria and stabilised the country during the 50 months of the Second Republic despite the challenges of the then new presidential system of government operated by the country. Since his exit from power, he has remained a silent beacon of strength for the country”, the Senate President stated.

Jonathan: Shagari Was a Nation Builder

Former President Goodluck Jonathan described Shagari as a nation builder who cemented a good relationship between the North and South.

Jonathan stated this in a tribute to the nation’s first executive President, noting that Shagari was a patriot who placed service to humanity and fatherland above personal interest. He said: “Late President Shagari was a very nice man with a clean heart. As a President he was humble, sincere and selfless in service.

He was in deed a true democrat who left no one in doubt about his loyalty to his country, love for peace, desire for unity and vision for a greater Nigeria.

“Shagari was an exceptional leader and exemplary statesman whose modesty, commitment to common good and deep sense of patriotism will continue to inspire many generations of Nigerians.

He will be remembered as a teacher, parliamentarian and President whose model of service was anchored on diligence, broad-mindedness and humility.” 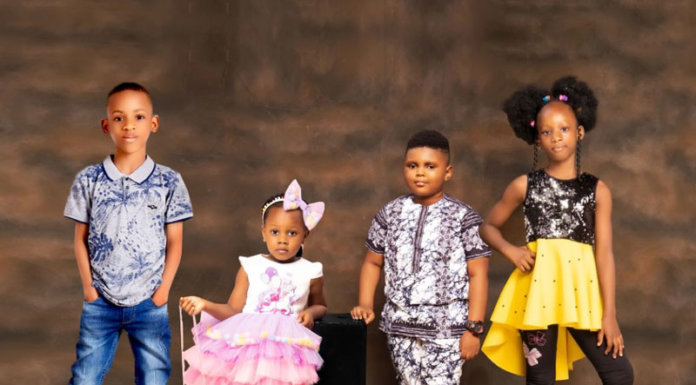