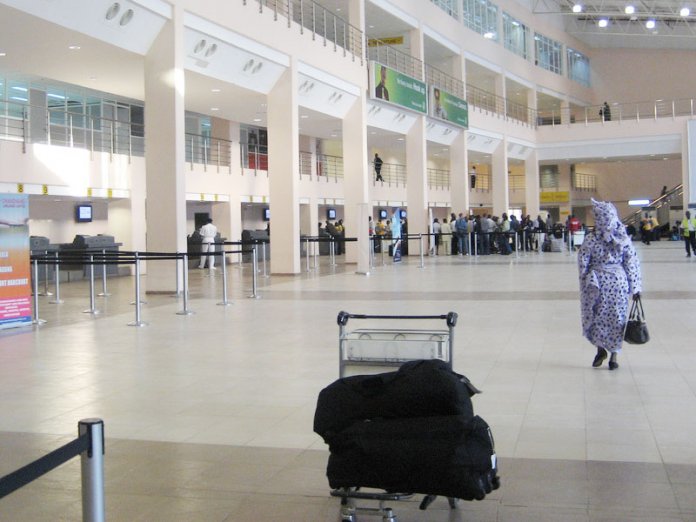 As expected, cost of air ticket was very high as demand outstripped supply during the Christmas holidays.

Owing to this, travelers protested on social media, lamenting what they described as high and outrageous fares as even people who travelled by road also lamented that fares rose by over 150 per cent.

When THISDAY visited the General Aviation Terminal (GAT), also known as the Murtala Muhammed Domestic Airport 1 (MMA1), where Air Peace and Arik Air operate their major services from Lagos, there were throngs of people on December 24 through December 26 as travelers scrambled to travel to their various destinations for the holiday.

THISDAY learnt that the upsurge of passengers had been on since December 18, and travelers who spoke on the condition of anonymity told THISDAY that they were shocked by the high fares, but however admitted that they knew that there would be an increase because more people are buying tickets to travel.

“But I don’t expect fares to rise to N70, 000 on the domestic route. This is outrageous! I think this is because there are no many airlines that are flying; if there were, the fares would not have been so high,” he said.

When asked if he was sure that the N70, 000 ticket was for economy class, he said he did not have the patience to check because he was angry.

THISDAY investigations revealed that there were more passengers travelling to the Eastern part of the country than elsewhere and that most airlines operating to the routes had since been booked full before the Yuletide. In fact, Air Peace had to deploy more aircraft that returned from maintenance checks overseas in order to meet the surging demand.

The destinations that recorded the highest passenger movement included Lagos to Oweri, Enugu, Benin, Port Harcourt, Asaba, Uyo, Calabar and Warri. Also there was huge passenger traffic from Abuja to these destinations, as people from these areas travel home to spend the Christmas and New Year holiday with their loved ones.

However, a source from Arik Air who told THISDAY that the airline suddenly increased air fares because of Christmas, noted that the fares were already built into the system, from the lowest fares to the highest, “so as passengers demand more tickets the fares continued to increase as already installed in the system, using the supply and demand mix. The more there is demand the more the fares increase.”

“People buy the tickets that cost more when the lower prices have been exhausted and let me make it clear, we don’t have tickets that sell for N70, 000. In fact, Arik Air tickets are some of the cheapest. Our airfares are very cheap. You can check it out.”

The Corporate Communications Manager of Air Peace, Chris Iwarah, told THISDAY that there was a misconception when people say that the airline’s fares rose to over N70, 000 due to high demand. He said that Air Peace does not have economy tickets that sold as high as N50, 000; that it was business class tickets that could go as far as that.

“Our airfares have not increased much from the previous year. The N70, 000 they allege we sell our economy ticket is really business class tickets.

He noted that the increase is really very marginal despite the fact that the airline spends much more money on its operations with increase in staff from over 500 two years ago to over 3000 and more money spent on international alliances geared towards improvement in safety and standard of operation.

Media and Communications Manager of Dana Air, Kingsley Ezenwa, also told THISDAY that there were more passenger traffic during the Christmas holidays in 2018 than in 2017.

“My rating of passenger movement this year is more compared to last year. I must say the Eastern routes particularly Owerri has been very impressive. People connect other parts of the East from Owerri, Port Harcourt and Enugu and it has been good so far.
“The seats have been sold out since late November to early December and we are happy that the extra flights we created also helped to salvage the upsurge. We are happy to have contributed to making Imo state a hub, thanks also to our marketing airline partnership with the Imo state government,” Ezenwa said.

According to him, the increase in airfares was due to market forces.
“It is simple economics playing out. When demand is high, there is tendency for price to go up.”