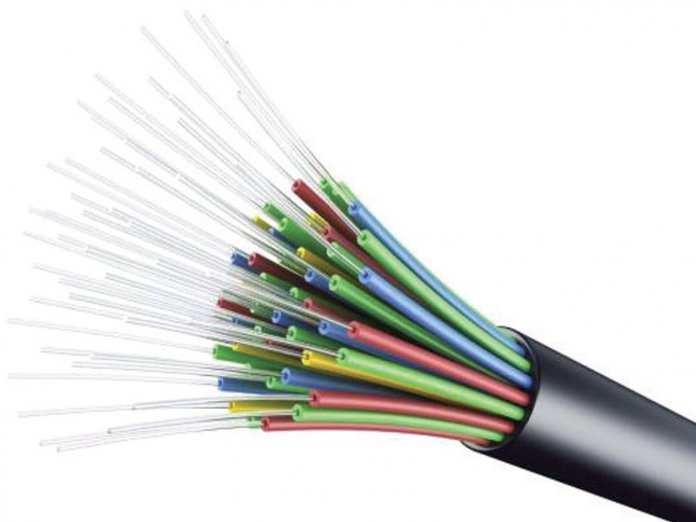 Despite some challenges, the telecoms industry surpassing 30 per cent broadband penetration by December 2018, was a big feat among several other achievements recorded by the sector in the outgoing year, writes Emma Okonji

During the first quarter of 2018, hopes were dampened and industry players and subscribers were confused as to how Nigeria would achieve the 30 per cent broadband penetration target it had set out to achieve by the end of the year.

While some completely wrote off the possibility of achieving the target, others, including the Nigerian Communications Commission (NCC), were optimistic that the country would achieve and surpass it.

True to their belief, Nigeria achieved a  30.9 per cent broadband penetration by December 2018, a situation many believed would open up opportunities for economic growth in the coming year.

Aside the broadband feat, industry stakeholders counted the licensing of infrastructure companies (InfraCos) that will drive broadband penetration in the six geopolitical zones of the county, coupled with telecoms subscriber growth and internet penetration, which contributed immensely to GDP growth in 2018, despite challenges faced by the telecoms sector in 2018 as other feats recorded in the sector.

While announcing the new broadband figure, Danbatta had said active voice subscriber base grew from 165 million in October 2018 to over 169 million in November 2018.

He had equally put internet subscription figure at 108.8 million, up from 107.5 million and had revealed that the total active broadband subscription on 3G and 4G platforms as at November 2018, was 58.9 million.

The Chairman, Association of Licensed Telecoms Operators of Nigeria (ALTON), Mr. Gbenga Adebayo, commended the efforts of NCC and industry players in achieving the broadband target.

“We are in an era of digital transformation where most activities will be done online to boost e-Commerce and we need ubiquitous and cheap broadband access to tap into the gains of digital transformation. “Therefore, there is need to further grow broadband penetration in the county, in order to give unrestricted broadband access to communities and rural dwellers across the country,” Adebayo said.

One other feat that was achieved in 2018, was in the area of active preparation for 5G rollout, which is the next technology evolution that would support digital transformation in Nigeria.

The NCC, in collaboration with GSMA, last month, announced the readiness of Nigeria to roll out 5G network with the 26GHz, 38GHz and 42GHz spectrum bands by the year 2020.

Danbatta, had also said trial testing of the rollout plan had commenced in the country beginning with the Eko Atlantic project, where broadband data would drive connectivity and allow humans to interact with connected devices to check their health status, and remotely control home appliances without physical contact.

Although Danbatta identified the deficit in infrastructure rollout and spectrum availability in the country, he said NCC was already working to address the challenges and would begin with the available 26GHz, 38GHz and 42GHz to drive 5G rollout in the country.

Head, sub-Saharan Africa for GSMA, Mr. Akinwale Goodluck, had said although Nigeria still operates 2G, 3G and 4G networks, they would gradually give way for 5G as the demand for 5G increases among the millennials who are the digital natives.

“NCC is already working on the three key factors that will drive 5G deployment, which include infrastructure, spectrum and regulation ahead of the 2020 rollout date,” had Danbatta said.

Addressing the issue of spectrum to drive 5G rollout, the GSMA gave full support for the release of harmonised spectrum and a modernised licensing framework as fundamental building blocks for Nigeria’s digital future.

“The harmonisation of 1427-1518 MHz and 3.3–3.6 GHz makes them critically important bands for mobile operators seeking to offer new mobile services to consumers and businesses. Making these bands available for assignment to mobile operators will be a core component in reinforcing Nigeria’s position as Africa’s leading mobile market,” the GSMA had said in one of its published reports.

The commission had earlier licenced two InfraCos for Lagos in the South-west and North-central regions which are Infrastructure Company Limited, a subsidiary of MainOne Cable Company Limited and IHS Limited. NCC however explained that efforts were underway to licence an Infraco for the North-central, following the withdrawal of IHS from the InfraCo race.

The licenced InfraCos are expected to provide fibre optic infrastructure on an Open Access basis, to enable any telecommunications company to link their networks and expand to deploy broadband services.

Few weeks ago, submarine cable operators announced the birth of the Association of Submarine Cable Operators of Nigeria (ASCON), a platform designed to enhance digital transformation of businesses in Nigeria, especially businesses that depend on broadband internet connectivity.

The birth of ASCON is the coming together of five submarine cable operators under a single platform to drive common goals. Paramount among the goals, is the protection of submarine cables as critical national infrastructure.

WACS cable, which were landed by Natcom, MainOne, Glo 1, Dolphin Telecom and MTN respectively, would would work as a group towards protecting submarine cable from damages of any kind.

“There is need to protect our submarine cable to avoid disruption in internet connectivity. For eight years running as MainOne, we have not had any disruption from our cable in the Nigerian territorial waters and we hope to continue to maintain that standard, to serve Nigerians better with broadband connectivity from the submarine cables,” Opeke said.

Chairman of ASCON, who doubles as the Head, Regulatory Services at MainOne, Mr. Ifeloju Alakija, said the need for collaboration to protect submarine cables from damage, necessitated the formation of ASCON, coupled with the fact that submarine cable is a critical national infrastructure that needed to be protected.

Speaking on the objective of ASCON, Alakija said: “The principal objective of the ASCON is to create a national advocacy forum for Nigerian companies and administrations that own and/or operate submarine telecommunications cables landing in the country.”

Reacting to the formation of ASCON, the President, National Association of Telecoms Subscribers, Chief Deolu Ogunbanjo, welcomed the birth of ASCON as another feat in the telecoms sector, which he said was important to have a common front and voice for undersea cable operators in Nigeria.

Despite the several feats recorded in the telecoms sector in 2018, the issue of poor service quality still lingered in 2018, especially this Yuletide period where there is increased voice calls from subscribers who are calling their friends, family members and loved ones to exchange pleasantries during Yuletide.

Aware of these challenges that are frustrating telecoms subscribers from making and receiving successful calls, the NCC said it has opened up spectrum resources to support broadband deployment for the 3G and 4G networks.

Responding to the issue of poor service quality, the Executive Commissioner, Stakeholder Management at NCC, Mr. Sunday Dare had said: “The commission has issued the 2.3GHz and 2.6GHz spectrum licences to provide the operating companies spectrum resources for improved quality of service.

“The 700MHz spectrum band i.e, the digital dividend spectrum has been assigned to Mobile Network Operators (MNOs) to improve coverage.”

He advised telecoms subscribers that were yet to subscribe to the 2442 ‘Do Not Disturb’ code, to activate the code in order to put an end to unsolicited text messages.

He said several subscribers across the country have activated the short code and it is working for them.

Adebayo, however blamed the issue of persistent poor service quality across networks on state governments, whom he said imposed arbitrary charges and taxes on telecoms subscribers, and also refuse them Right of Way (RoW) to lay fibre optic cables for network expansion.

Adebayo cited the recent case in Kogi State, where the state government, through its Internal Revenue Service, seek and obtained an ex-parte court order to shut down several Base Transceiver Stations (BTS) in the state, for alleged default of tax payments to the state government.

Although the Kogi State Governor, Yahaya Bello, has ordered the unsealing of telecoms base stations in the state, following a meeting between the NCC and the state government in Lokoja, the state capital, Adebayo said the order to unseal the affected BTS, would restore telecoms service to over 120 sites within the state and the neighboring states, that were hitherto affected.

Financial Technology, otherwise known as fintechs changed the face of banking services through their technology solutions that disrupted the old legacy of carrying out financial services in the financial sector in 2018. Although the fintechs have been commended for their evolving technology solutions that are geared towards improving financial transactions, most of them still cry out for lack of patronage from the government and most financial institutions that still prefer to

Value Added Service (VAS) providers who developed several contents for telecoms operations in 2018, spoke of their challenges as VAS providers, during the stakeholders’ forum organised by NCC recently.

National Coordinator of Wireless Applications Service Providers Association of Nigeria (WASPAN), Mr. Chijioke Ezeh, said his group had a lot of challenges in 2018, which the NCC must address in the coming year. Ezeh who frowned at the incursion of Over the Top Technology (OTT) players and Google in providing free services to subscribers, called for proper regulation on the part of NCC, since WASPAN members invested in facilities through which they provide the same services that OTT players and Google are offering free of charge to the same subscribers.

“I see business stability still playing out in 2019, provided the federal government will be ready to develop and maintain policies that will ensure relative stability in business in 2019, especially businesses driven by technology.

“If the government does not maintain policies that will ensure business and economic stability, then our Foreign Direct Investment (FDI) will be adversely affected and what that means is that business and the economy will suffer. So we need stability in our social political and business environment in 2019, and this is the dream of drivers and owners of businesses,” Adegboye said.