A civil society group Socio-Economic Rights and Accountability Project (SERAP), has urged the Federal High Court in Lagos to stop the N14.2million monthly salary and allowance being paid by the National Assembly to a convicted lawmaker, Senator Joshua Dariye, who is currently serving a 10-year jail term in Kuje Prison.

The suit followed a report that despite being convicted and sent to jail for embezzling N1.1billion ecological funds belonging to Plateau State where he was a two-term governor, Dariye was still being paid N14.2 million monthly by the National Assembly.

In the suit, SERAP described the continued N14.2million monthly payment to Dariye as “a great moral failure” on the part of the leadership of the National Assembly.

The anti-corruption group contended that the payment violated Nigerian law and international obligations, while accusing the Senate President, Bukola Saraki, of “trying to override Nigerian law and the judgment of our court,” which convicted Dariye.

Joined as defendants in the suit areDariye and the National Assembly Service Commission.

SERAP said members of the public, including itself, were alarmed to learn that despite his conviction and imprisonment, Dariye was still earningN750,000 salary and N13.5million monthly allowance.

The group contended that, “by paying Dariye’s allowances while in prison, Saraki and the National Assembly Service Commission have destroyed the efficacy and purpose of Dariye’s conviction and have brought the rule of law and administration of justice into disrepute.

“By continuing to pay Dariye’s allowances after his conviction and while in Kuje Prison and unable to sit and perform the functions of a sitting senator, Saraki and the National Assembly Service Commission have played a negative role to wit: undermining the authority and integrity of the court.

“Dariye, having been convicted, sentenced and currently serving jail term in Kuje Prison, can no longer by virtue of his imprisonment lawfully carry out or perform the duties of a senator. Dariye ordinarily ceases to be a senator, as per the provisions of section 66 of the 1999 Constitution of Nigeria (as amended).

“Section 68(1) provides that a senator shall vacate his/her seat if any circumstances arise that would cause him/her to be disqualified for election as senator. This is exactly what happened to Dariye, who is, as a result of his imprisonment, no longer fit to be a senator let alone be entitled to allowances of a sitting senator.”

SERAP urged the court to restrain the defendants from continuing to pay Dariye, so as to “send a clear message to Nigerian elected officials that corruption does not pay.” 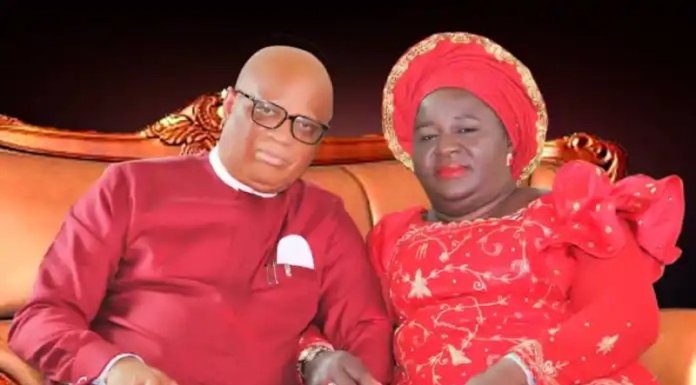