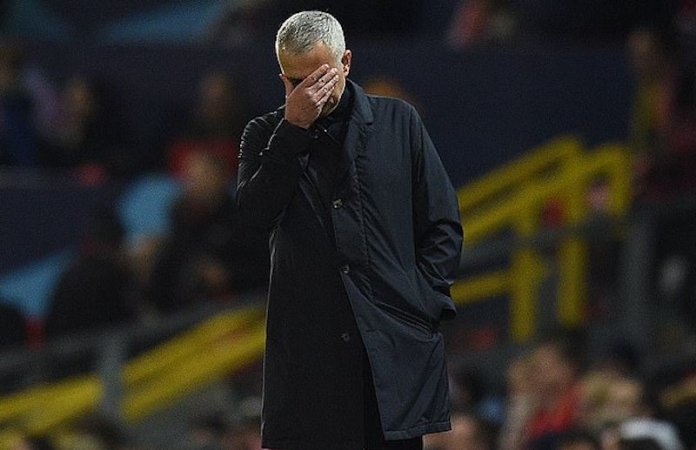 Manchester United sacked manager Jose Mourinho yesterday after identifying a catalogue of his failings at the club.

Former United striker Ole Gunnar Solskjaer is being considered as likely caretaker manager. Solskjaer scored 126 goals in 366 appearances during his 11 years at Old Trafford and is best remembered for scoring the winner in the Champions League final against Bayern Munich in 1999.

The sacked Portuguese, 55, took over in May 2016 and led United to League Cup and Europa League titles, but they are 19 points behind league leaders Liverpool.

The club has made a change after no progress with results or style despite spending nearly £400m on 11 players.

United also said the new substantive manager will understand the philosophy of the club, including their attacking tradition.

It is understood players and staff are not happy after a disappointing and unsettling period during which young players were not developed.

United is sixth in the Premier League, but closer to the relegation zone than to leaders Liverpool, who beat them 3-1 on Sunday.

The decision to sack Mourinho, which will cost more than £18m (about $24m), has been taken in the long-term interests of United with a view that the club is bigger than any one individual.

Mourinho is understood to have wanted his own structure, but the new manager will be appointed with a head of football above him reporting to Executive Vice-chairman Ed Woodward.

A United statement said: “A caretaker manager will be appointed until the end of the season while the club conducts a thorough recruitment process for a new, full-time manager.

“The club would like to thank Jose for his work during his time at Manchester United and to wish him success in the future.”

The club hopes to appoint a caretaker manager before they face Cardiff City on December 22 but it will not be assistant manager Michael Carrick or academy boss Nicky Butt.

The candidate will be drawn from outside the club, but will not be former Arsenal boss Arsene Wenger.

Tottenham Hotspur manager Mauricio Pochettino who was tipped as likely replacement for Mourinho has distanced himself from speculation linking him with the vacant managerial job at United, insisting he is focused on giving his best to the North London club.

But, when asked yesterday about his potential interest in the job at his pre-match press conference ahead of Wednesday’s north London derby against Arsenal in the Carabao Cup, Pochettino insisted he is only focused on Spurs.

United’s haul of 26 points after their first 17 Premier League games is their worst tally at this stage of a season since 1990-91.

They are 11 points off the top four, which would earn a Champions League qualification place.

The sacking of Mourinho, who replaced Louis van Gaal in May 2016 and signed a contract extension in January, comes after a fall-out with £89m record signing Paul Pogba, who was an unused substitute for the defeat at Anfield on Sunday.

Following a 1-1 draw with Wolves, Pogba said he wanted United to be able to “attack, attack, attack” at home, which led Mourinho to say the France midfielder would no longer be the club’s “second captain”.

After Mourinho was sacked, a post which said “caption this”, along with a knowing expression on Pogba’s face, appeared on his Twitter account before being deleted.

Former United Captain, Gary Neville, replied: “You do one as well!”

United later claimed it was a “scheduled marketing post” by Pogba’s sponsors Adidas.

Mourinho’s third season did not begin well after missing out on key transfer targets in the summer, and two defeats in the first three league games – to Tottenham at home and Brighton away – meant his side were playing catch-up with the leading teams.

By October, there were reports Mourinho might be sacked prior to the home game against Newcastle, but after the team trailed 2-0, they turned it around to win 3-2 and seemingly buy the former Chelsea, Inter Milan and Real Madrid boss more time.

Mourinho’s agent Jorge Mendes attempted to calm matters earlier this month by taking the step of issuing a statement to say his client was “very happy” and “fully committed” to the club.

Despite reaching the Champions League last 16, where United will play Paris St-Germain, they have won just one of their past six games in the Premier League.

Mourinho’s dismissal continues his run of having never completed four consecutive seasons in charge of a club.

Only once has he made it into a fourth campaign, but he left Chelsea on 20 September 2007 during his first spell at Stamford Bridge.