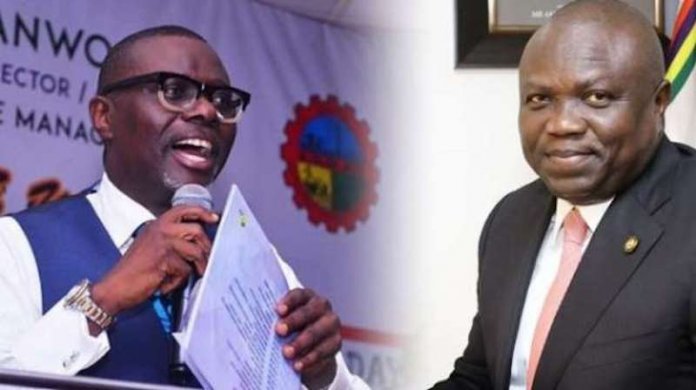 Despite being accused of secretly funding the governorship candidate of the Peoples Democratic Party (PDP), Mr. Jimi Agbaje, Lagos State Governor, Mr. Akinwunmi Ambode, yesterday publicly endorsed Mr. Babajide Sanwo-Olu as the standard bearer of the All Progressives Congress (APC) in the state.

Alongside the State Deputy Governor, Dr. Oluranti Adebule, Ambode equally urged all aggrieved aspirants that contested different elective positions during the party’s primaries held between October 2 and 6 to support Sanwo-Olu and his running mate, Dr. Obafemi Hamzat, for the 2019 governorship poll.

He endorsed Sanwo-Olu and Hamzat yesterday at a stakeholders’ meeting held at the party’s secretariat, Ogba, where he officially presented them to thousands of party leaders for the March 2, 2019 governorship election.

After the governorship primaries that controversially produced Sanwo-Olu as the APC candidate on October 2, the allies of the APC National Leader, Bola Tinubu, had threatened Ambode with removal, citing the governor’s refusal to open up the state’s treasury to fund the forthcoming elections.

In a subtle threat at a plenary on October 22, the Speaker of Lagos State House of Assembly, Hon. Mudashiru Obasa, noted that Ambode’s action or inaction would determine whether the assembly would sack him or not.

However, the speaker had denied the allegations by the Solidarity Group of Nigeria (SGN) and a faction of APC, Lagos State, that it threatened the governor to open the treasury of the state to fund the governorship and legislative elections in 2019.

But with the recent defection of the APC members to the PDP in Epe Division and consequent attack on Sanwo-Olu in the ancient town, THISDAY checks revealed that there had been insinuation among the APC leaders that Ambode might be supporting the PDP governorship candidate.

In what party leaders described as true reconciliation of the stakeholders yesterday, Ambode publicly endorsed the candidatures of Sanwoolu and Hamzat for the forthcoming governorship, perhaps putting an end to insinuation among some Tinubu’s allies that Ambode might be funding the PDP candidate.

Speaking at the meeting, Ambode pledged support for Sanwoolu and Hamzat, and urged every party member, especially aggrieved aspirants to ensure that the party wins all the elective offices, including the presidential election in 2019.

According to the governor, “I appeal to all aggrieved aspirants to emulate me, by forgetting the past. Let’s bygone be bygone. Let us come together to ensure our party’s victory in the 2019 general elections”.

In his message of appreciation at the meeting, Tinubu commended Ambode for his courage and other aspirants for accepting the outcome of the primaries of the party, saying their act of sportsmanship deserved to be appreciated.

Tinubu said Ambode, Adebule, and all the leaders and members of the party had done commendably well in respecting the supremacy of the party.

Tinubu said, “I want to say thank you to all of you and God bless you. I thank all of you for respecting the party, particularly Ambode and his deputy. May God continue to bless you and guide you and you will live long with everlasting progress”. 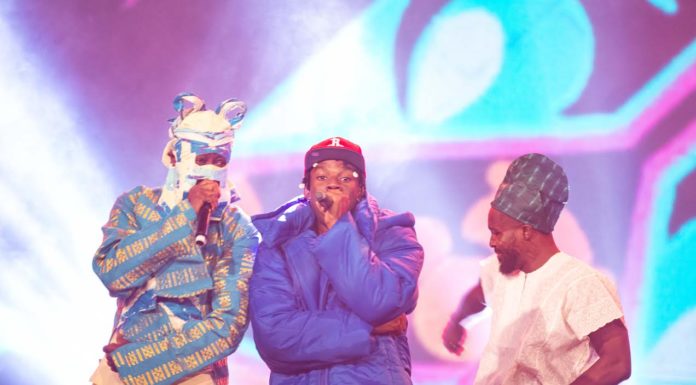