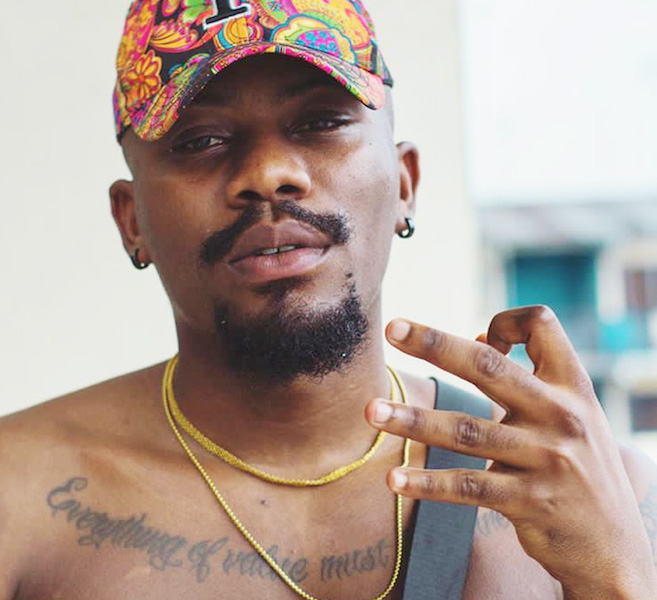 Oludemilade Martin Alejo, popularly known as Ycee, is a rapper and songwriter currently signed to Tinny Entertainment. His monster hit, Jagban, has improved his music and career, leading to awards and more. He tells Tosin Clegg that people just don’t care for Nigerian rap and he doesn’t know why

Not much really, not a lot has been happening to be honest. I’ve been going through a process of restructuring but I’m back now. No more breaks till old age. At some point, I was a bit low-key on the music scene and that’s because I had a few things to sort out behind the scenes.

Music to me is not exactly possible to define

It is my definition. I’ve always thought of music as a kind of universal language. It doesn’t matter if you don’t understand the lyrics, the melody is always able to let you understand what the song is about and feel the emotions. So, for me, music is the purest form of human expression. Music is my saviour, music is everything to me.

My genre and style of music

I’d say I’m primarily a hip-hop artiste and this includes the culture of fashion, language/slang, music, movement, visual art and expression, but I’m a musician also so I love to play around with whatever sound I come across, regardless of genre. The beauty of being a rapper, however, is that it helps me even when I’m trying to sing. Automatically, the lyrics come easily once I get the melodies right. So for me, hip-hop is definitely the best way to express myself, it gives me room to talk about a wide range of topics.

Music journey so far and the earlier challenges

I started off recording music with my brother BBK (Beats By Karma) on his laptop, put out a mixtape and got signed and the rest is history. As for challenges, different day different struggle. Especially before my music blew up, getting heard was a big challenge for me. People kind of subconsciously doubt your talents when you’re an upcoming artiste. You just have to keep your focus and continue to work hard.

My view about hip-hop and rap in Nigeria

There’s room for improvement in pretty much anything concerning Nigeria. Hopefully, in the coming years, hip-hop will grow to match up with other genres. If society can learn to appreciate Nigerian hip-hop the way they appreciate foreign hip hop then I think you’d find a lot more rappers popping up.

For me, when I put out my first single Condo, featuring Patoranking, I was rapping the way I knew how and some people were saying I was trying to sound too foreign, that my English was too much. But moving forward, you see comparisons with people who rap in English elsewhere like Nasty C, and I am like, I thought the problem was people rapping in too much English, and then you go ahead to compare them to other Africans that are rapping in as much English and even with a foreign accent. So I understood there and then that it wasn’t about making the music relatable, it wasn’t about Yoruba or Igbo Rap, I feel like it is the fact that people just don’t care for Nigerian rap and I don’t know why.

And that’s on so many levels and I can’t really begin to speak on ways to contain it because I know there are people who are better equipped to suggest possible solutions. Certain steps must be taken; certain things must be put in place for the industry to take proper shape. We are better off than 10 years ago but we still have a very long way to go.

What drives my inspiration into songwriting, singing and making a whole body of good music

Everything. My environment, the people around me, the music I listen to, the food I eat, the places I visit, humour, life incidents, reflections, basically my everyday life experience. They all contribute to my music one way or another. However, the inspiration for me doesn’t just stop at the act of coming up with a good idea right off the bat – it extends to knowing what to do with that idea when it does come.

Juice was a monster hit when it came out

I didn’t expect that much success but I was definitely hopeful of it. Juice was just one of the projects that are covered with the grace of God. Everything just seemed to fall in place, even things we had nothing to do with. The beat was made by Adey and one day my guys and I were in vibing in the studio and then Juice happened.

My future projections and goals I have set ahead for myself

I’m starting a new chapter in my career and I intend to remain at the top of the game for years to come. I’m definitely looking to emulate the likes of Davido and Wiz, with the level they’ve attained internationally and all. Y’all better grab some popcorn because Ycee is going to be here for a long time.

Awards and nominations so far

Winning the Headies rookie of the year is probably my favorite award so far, but I appreciate all my awards and nominations because it’s a nice feeling to know that people recognise the work you put in.