Jonathan Eze
Worried by perennial flooding across sugar estates and plantations in the country, the Executive Secretary of the National Sugar Development Council (NSDC) Dr. Latif Busari, has said the council is working in collaboration with sugar companies to address the challenges.

Busari, who noted the negative impact of flooding on investments in the country’s sugar industry over the years, said since sugar projects are located in flood plains and close to water sources, hence sugar companies must invest in early warning systems and also construct flood protection system.

The NSDC Executive Secretary who dropped this hint while addressing journalists during the southern region sugar sensitisation workshop in Benin City, Edo state said, investors have continued to record huge losses which he said must be addressed in order to encourage investors to remain business.

To cushion the effects of the yearly losses recorded by sugar companies owning to flood, Busari said “as a solution council, we will support the provision of loans under liberal terms to any operator who wishes to construct dykes for flood control.
“On our part, we shall continue to welcome and support initiatives that would make the nation’s sugar industry attractive to local and foreign investors.”

On recurring clashes between sugar companies and host companies, Busari said ” The Sugar council has ongoing activities to sensitise host communities on economic prospects of sugar projects”.
He said the council was also encouraging the establishment of sugarcane out-grower schemes and other corporate social responsibility projects by sugar projects.

Also speaking at the workshop, the Director, Policy Planning Research and Statistics, NSDC, Mr. Kolawole Hezekiah, said the council has put in place necessary measures that would attract investors to the sector.
The workshop had “The emerging challenges in the implementation of the NSMP towards the realisation of National self-sufficiency in sugar,” as its theme.

‘Dangote New Cement Best for all Seasons’
The Block Moulders Association of Nigeria has described Dangote Cement’s new product – BlocMaster -as the best cement for all seasons.
The new product, according to the Chairman of the Block moulders in Suleja, Niger State, Chief Patrick Markuche, dries faster even during the raining season and it has more yields, translating to more profits for his members.
He described it as the best in terms of quality to have come from the company since inception.

Emphatically, he said the new innovative cement from Dangote has helped improved his members’ revenue as he was able to deliver cement to customer with few days of moulding them, despite the rain.
He said he has personally tested the product, even in the rain and he was happy to highly recommend it to all and sundry. He also revealed that members of his association have passed a vote of confidence on Dangote Cement as a company and on BlockMaster as the best cement for block moulding and other building purposes.

According to him, “This is the best product from Dangote so far. We have tested it and we are very happy with the result gotten so far. Even in the rain, this cement is the best for the purpose.”

Markuche further said cement has helped improved his revenue as he was able to deliver cement to customer within few days of molding them.
A major cement distributor, Alhaji Mukhtar Moriki, of Albabelo Company said block makers now demand for more as they are able to deliver to their customers few days after moulding.

Dangote’s National Sales and Distribution Director, Adeyemi Fajobi, said the new cement is the king of cement, and a product of innovation.
“Our customers, and key distributors are happy because of the strength and quality of this product. It is also very affordable and it gives them far more yields than all other cements in the market… it is currently the highest grade of cement in Nigeria. It is by far the strongest cement, bagged in the Nigerian market…this cement is 50 per cent stronger after one day and up to 15 per cent stronger after 28 days when the cement finally sets, so that explains the excitement displayed by our retailers and key distributors across the country.”

Noting that there are other brands of cement, even from the company, the Director, Route to the Market, Funmi Sanni, said the BlocMaster quality has been certified as the best by regulatory agencies in the country including the Standards Organisation of Nigeria (SON).
She said: “It is the king of cement because it is the best quality cement in Nigeria today, based on the laboratory research which shows it is of high quality in terms of value for money.” 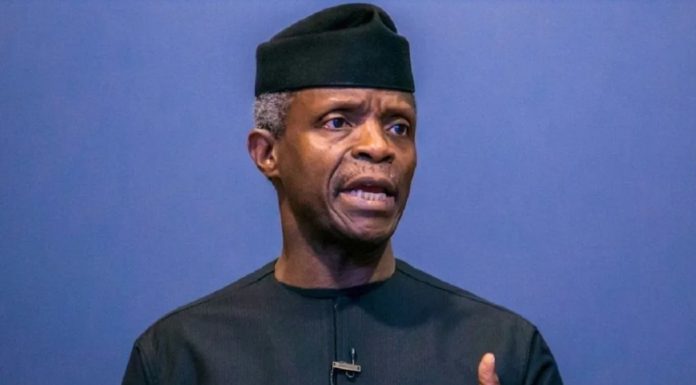