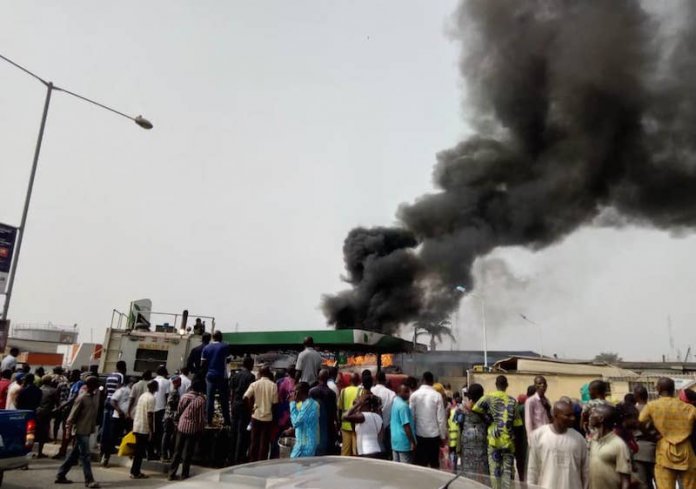 Major tragedy was averted yesterday when a filling Station managed by Forte Oil inside the Murtala Muhammed Airport premises was yesterday burnt by fire.

Petrified travellers and other airport users jumped out from facilities and other areas near the filling station, located less than 200 metres to the General Aviation Terminal (GAT) of the airport.

As the smoke billowed into the sky and realising that it was a filling station that was burning, motorists coming from Ikeja stopped suddenly and many wanted to go back in an area already in the throes of heavy traffic snarl, thereby exacerbating the situation.

The struggle to escape gave rise to gridlock and bedlam, as people ran helter-skelter when the fire seemingly raged beyond control.

It was not clear what led to the fire outbreak but THISDAY gathered that the fire might have started inside a fuel tanker parked very close to the filling station.

The fire incident which later spread into the filling station at about 2:00 p.m. caused panic because behind the station is aviation oil depot owned by Forte Oil and two more stations opposite Bristow Helicopters and Concord terminal on the GAT road, which exits into Agege Motor Road.

Also very close to the filling station that burnt were offices of the Federal Airports Authority of Nigeria (FAAN) accounts section made largely of wooden prefabrication, few metres from the head office of the Nigerian Civil Aviation Authority (NCAA).

While the panic lasted, motorists from Ikeja could not reverse out of  path of the fire, forcing many to  brace it and drove past the filling station, while others left their cars and ran for their lives on foot.

Within five minutes the fire started, the two roundabouts at the entry and exit of the domestic terminal, known as MMA2 were blocked by fear-stricken motorists who became confused as thick smoke from the fire rose into the sky and painted the white-blue clouds black.

The General Manager, Corporate Affairs of FAAN, Mrs. Henrietta Yakubu, told THISDAY that workers at the agency headquarters, located opposite the filling station were evacuated and security operatives stood on emergency as they watched fire service struggle to put out the fire.

The gridlock made it difficult for fire fighters from the international terminal of the airport to move to the scene; so the security operatives had to control vehicular movements amid the chaos to carve a path for fire truck to get to the filling station.

It took the intervention of the fire fighters who arrived the scene at about 2:17p.m. to control the fire from spreading to adjoining facilities which could have been disastrous and tragic.

The inferno was however, brought under control at about 3: 15p.m. by combined efforts of men of Lagos State Fire Service and Federal Airports Authority of Nigeria (FAAN) personnel, but it continued to smolder inside the station until about 4:00p.m.

The ensuing  blockage caused many passengers to miss their flights as they could not access the terminals on time while airport workers arrived late to their offices.

Those coming back from work could not also pass through the roundabout for fear of any further explosion.

Eye-witness account narrated how a woman, late for her flight, carried her luggage on her head and meandered through the panic riven passes-by to MMA2, which at a point could not be entered by any vehicle due to the blockade.

There was no indication that anybody was injured by the fire, but property worth millions of naira must have been lost. 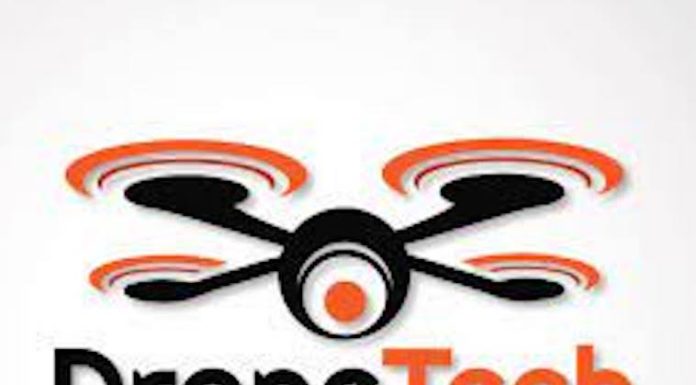