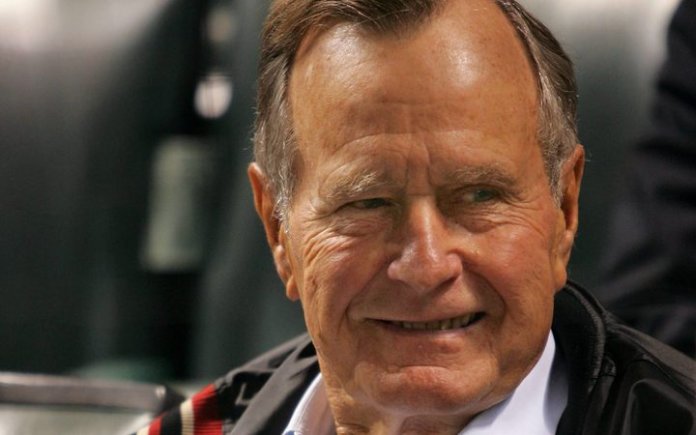 Former United States President George HW Bush has died at the age of 94, his son George W Bush has announced.

He served as the 41st US president between 1989 and 1993, his term defined by the end of the Cold War and the first Iraq war against Saddam Hussein.

Bush’s health had been failing in recent years but he still managed to make public appearances.

In April, he was admitted to hospital with a blood infection but had since been discharged.

“Jeb, Neil, Marvin, Doro, and I are saddened to announce that after 94 remarkable years, our dear Dad has died,” his son George Bush Jr, who went on to serve as the 43rd US president, said in a statement.

“[He] was a man of the highest character and the best dad a son or daughter could ask for.”

Tributes have poured in for the former republican – current US President Donald Trump praised his “essential authenticity, disarming wit, and unwavering commitment to faith, family and country”.(BBC)