The Peoples Democratic Party (PDP) and All Progressives Congress (APC) yesterday continued their exchange of words over killing of over 100 soldiers in Metele, Bornor State by Boko Haram terrorists.

While the PDP described the effort by the APC to justify President Muhammadu Buhari’s neglect of the troops fighting Boko Haram insurgents in the North-east as reprehensible and a slap on the sensibility of Nigerians, the ruling party accused the opposition party of politicising the death of the soldiers.

PDP wondered why the APC attempted to wave off the revelations, which it said are already in the public domain, that officials of the Buhari presidency are allegedly diverting funds meant for military equipment and welfare of our soldiers to finance Mr. President’s re-election campaign.

In a statement y by its National Publicity Secretary, Mr. Kola Ologbomdiyan, the main opposition party said by this, the APC has fully demonstrated that it attaches no value to the lives of the soldiers or other Nigerians.

He said, “If the APC were not jittery over revelations that it is a core beneficiary of this evil racket, why is it rushing to defend the Minister of Defence on findings that he diverted military funds to produce campaign materials for the APC including an electronic momento, with APC logo boldly inscribed on them?

“The APC, in its hallucination, forgot that Nigerians already know that the neglect of the Buhari presidency led to the killing of our soldiers and that the president and the APC had remained unconcerned and only started shedding crocodile tears after a public outcry on the killing and their ominous silence.”

“It is therefore an unpardonable assault on the sensibility of Nigerians for the APC to, in anyway, attempt to justify President Buhari’s negligence and inaction toward the welfare of our soldiers as well as the diversion of military fund for Mr. President re-election campaign at the expense of the lives of Nigerians.

“If the APC is not complicit in this heinous crime against our nation, we challenge it to join the PDP in demanding for a National Assembly inquest into the killing and the handling of anti-insurgency funds under President Buhari, instead of this resort to wicked hypocritical posturing.”

The PDP therefore challenged the APC to explain to Nigerians why it took President Buhari, as Commander-in-Chief, a whole week to express ‘shock’ over the killing of over 100 of our soldiers?

“Does that not portray our president as a commander who has abandoned his troops and cares less of happenings in the front?

“What has the APC to say to the fact that the Buhari presidency failed to act on the threats by insurgents to attack the military base days before the deadly invasion and killing of our soldiers?

The PDP noted that what has APC to say to the fact that at the time the soldiers were being attacked by insurgents, the Service Chiefs were busy participating in President Buhari’s re-election campaign rally and launch of ‘Next Level’ mantra, stolen from a foreign institute?

“What has the APC to say to the fact that instead of being at the forefront of investigations, our Minister of Defence was busy using military funds to produce campaign souvenirs for President Buhari and the APC?

On its part, the APC dismissed the allegation levelled against it that it diverted military funds to finance the 2019 election campaigns as frivolous.

In a statement issued yesterday by its National Publicity Secretary, Mallam Lanre Isa-Onilu, the ruling party said it would not go into the retrogressive practices the PDP was notorious for during its defunct rule.

“God forbid that the APC inherits and applies such morbid practice as brazenly displayed during the immediate-past PDP administration where funds allocated to fight the Boko Haram insurgency in the Northeast were shared among PDP leaders and their cronies.

APC said it is clear that the PDP and its presidential candidate, Alhaji Atiku Abubakar, have decided to politicise the death of the soldiers in the hands of the terrorists at the Metele base.

The party said PDP and Atiku are playing desperate politics using the blood of fallen heroes as a fair game.

“Their actions are callous and insensitive to the families and dependants of the late soldiers and indeed our military which battles daily to ensure our territorial integrity.

“Nigerians see through PDP’s ploy to score political points as elections approach, and it will surely backfire,” it said.

APC expressed its sympathy over the death of the military and other security personnel who have lost their lives in the line of duty.

It urged the armed forces to remain focused on the brave task of securing the country.

“The President Buhari-led APC administration remains solidly committed to bringing lasting peace and security to all parts of the country and ensuring that previously displaced persons are rehabilitated to resume their normal and productive lives,” it said. 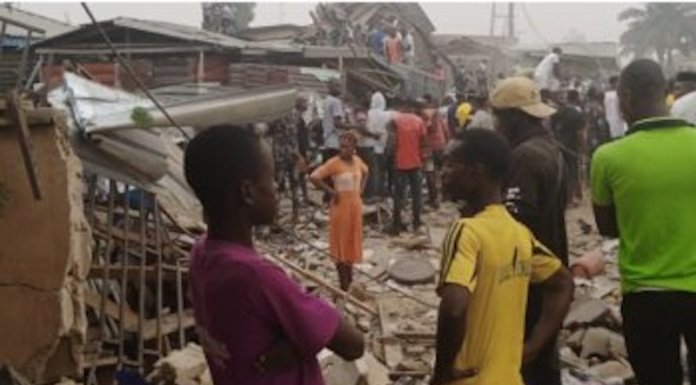