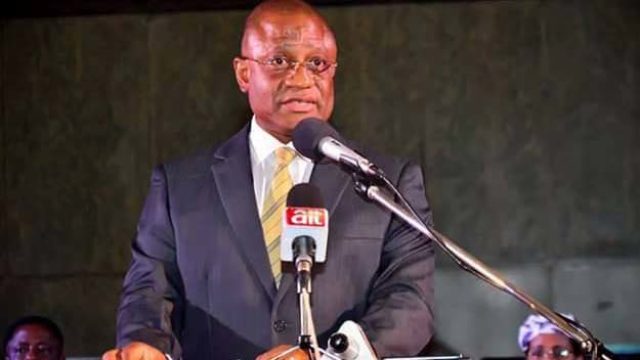 Former Peoples Democratic Party (PDP) National Publicity Secretary and governorship aspirant in the last primary election in Cross River State, Hon. Emmanuel  Ibeshi has dragged the party to court over allegation of his  exclusion from participating at the governorship primaries in the state.

Agrrieved by the actions of the party  and others which deprived him of the opportunity to contest  governorship of Cross River State, he filed the suit before  a Federal High Court in Abuja, asking the court to nullify  the governorship  primary elections, which produced the incumbent governor, Ben Ayade as the winner.

Joined as 2nd and 3rd defendants in the  suit apart from PDP are Governor of Cross River State, Senator Ayade and the  Independent National Electoral Commission (INEC).

In the fundamental human rights suit,  the plaintiff is seeking a court declaration that his purported disqualification from contesting the party primary  election conducted in September 29, 2018, was in breach of  his constitutional right to fair hearing and void.

Ibeshi is praying the court to declare his disqualification from the governorship primary  elections as breach of the electoral guidelines, party  constitution and contravened electoral laws of Nigeria, thus  wrongful and void.

The plaintiff is asking the court to  declare that the 1st defendant (PDP), having collected huge  money from him as price for sale of governorship nomination  forms and ancillary expenses, was bound in contract to give  a fair chance to contest for the stated office, and his exclusion from the contest without just cause was in breach  of his contractual obligations.

The aspirant is also praying the court  to declare that the purported emergence of Ayade as the PDP governorship candidate in Cross  River State, from the unconstitutional process that excluded  him was illegal, and void under the law.

The plaintiff wants the court to set aside his disqualification and ordered for proper conduct of the party primary elections between him and the purported  winner of the September 29 primary elections, Ayade. Ibeshi is also seeking an order of the  court restraining INEC from accepting or acting the  submission of Ayade’s name by PDP as the governorship  candidate for Cross River State for the 2019 governorship  elections.

The plaintiff in the alternative, is  seeking damages in the sum of one billion naira against the defendants for breach of fundamental right to fair hearing.

He also wants the court to award him  N194 million being cost of nomination form and  campaign expenses incured prior to his disqualification from  the election by the party.