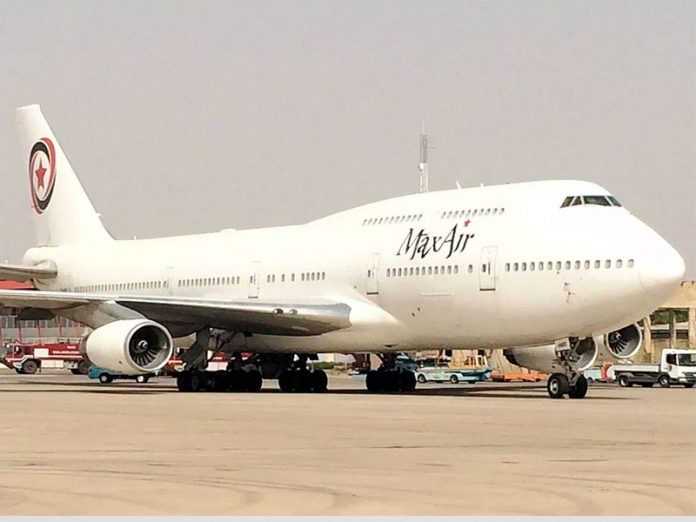 MaxAir Limited, the latest airline to join Nigeria’s domestic air market, has announced its decision to expand operations to Port Harcourt and Yola routes as part of its expansion drive.

He explained that the expansion drive would also involve acquiring more and efficient aircraft, saying that MaxAir currently operate three B737 for domestic operations and three B747 for Hajj and Umrah.

“We currently operate with three B737 aircraft and three B747 in our fleet of which the 737 are deployed to domestic routes, while the 747 are used for Umrah and Hajj operations.

“We are planning to add more but since we are just starting the expansion programme, we will do that in phases.
“So far, business has been going on well because we started with three destinations, namely: Kano, Lagos and Abuja, and we added Maiduguri in September and on Nov. 5: we are adding two more routes: we plan to expand to more routes early next years.”

Manwani said that MaxAir airline was committed to changing the flight experience of air travellers in Nigeria by offering on-time departures and quality in-flight services.

He said the airline had ensured that it controlled the situations that were within its control, saying that passengers flying through MaxAir could attest to its level of on-time performance on all routes.
“What we can control, we control and what we cannot control like weather and strike, we cannot control.