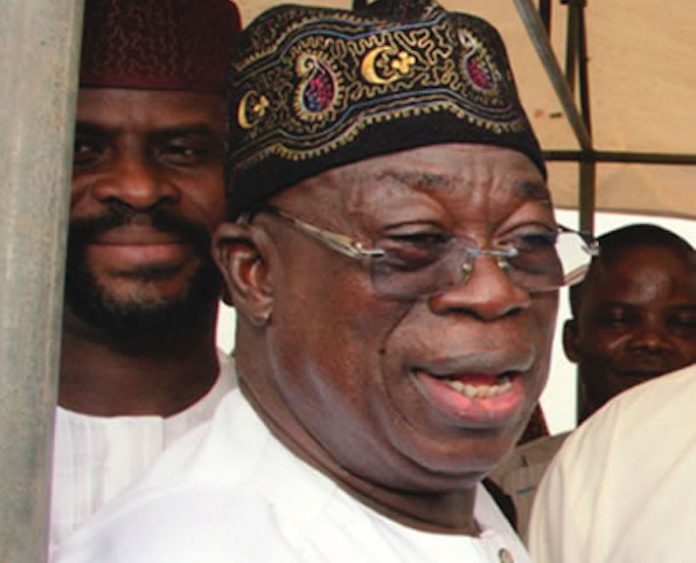 Even if you cannot remember many of the things about him, what remains an incontestable fact is that Otunba Oyewole Fasawe, a popular socialite, was once a close ally of former President Olusegun Obasanjo.

His closeness to the former president naturally conferred some privileges on him. He walked the corridors of power without restrictions and many courted him like a beautiful bride. His influence soared higher and he had everything at his beck and call.

Besides, many influential people chummed up with him in a desperate bid to get one favour or the other from the former President.
Sadly, before our very eyes, the duo became sworn enemies! It was so bad, especially because Fasawe did not see it coming. He least imagined that he would one day be in the black books of the Abeokuta, Ogun State- born retired general.

Obasanjo’s grouse with Fasawe had developed after it became obvious that the latter was showing support and sympathy for the then Vice President, Atiku Abubakar.
It was gathered Obasanjo had warned Fasawe to choose between Atiku and him. But Fasawe had reportedly refused to sever his relationship with Atiku.

For this, Fasawe paid heavily. He was subsequently hounded by the Economic and Financial Crimes Commission, EFCC. In fact, he was a guest of the EFCC for three months, while his businesses suffered.
But today, the former warring friends have embraced peace. In recent times, Fasawe has been seen together with Obasanjo at public functions.

Though those who have sighted them have expressed shock over their new friendship, a source disclosed that the peace between the duo brokered in 2017.
“Fasawe played a huge role in Obasanjo’s public peace meeting and endorsement of Atiku,” the source stated disclosed.

NB Donates to UCH to Support Fight against COVID-19