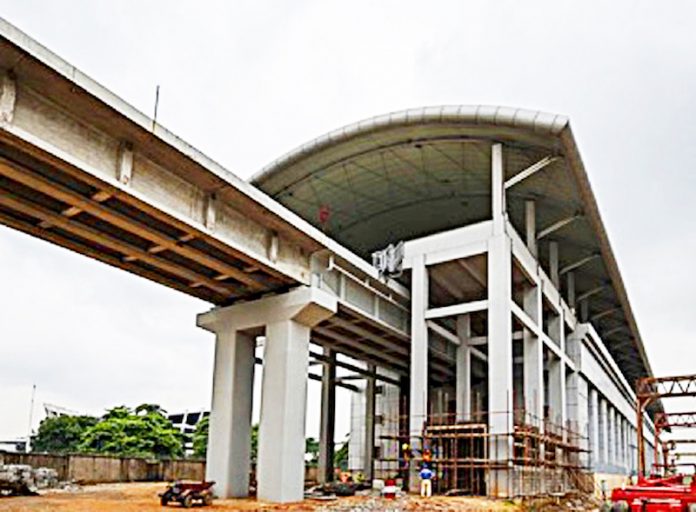 As Nigeria continues to face revenue challenges despite high crude oil prices, there arises a need for the Federal Government to urgently implement policies aimed at growing and diversifying the country’s shaky revenue base.

Nigeria’s 2018 budget deficit currently stands at N1.954trillion, a reduction of N56billion over last year, on the back of expected increased revenue from oil. Moreover, according to the Debt Management Office (DMO), the nation’s external debt figure stands at N6.779 trillion whilst domestic debt was at N12.15trillion in June 2018.

However, the ugly truth is that, in a matter of years, revenue from oil will be a thing of the past and both Federal and State governments are ill-prepared for this imminent crisis. A look at the sequence of events which unfolded in Osun State when the oil price tanked, leading to a reduction in FAAC, reveals the state’s struggles to pay staff salaries for almost a year.

A bone of contention at Federal Government level at the moment is the proposed sale of the Ajaokuta Steel Company under the privatization programme aimed at raising more money to implement the country’s 2018 deficit-based budget. This is coming on the heels of the recent sale of the Nigerian Security Printing and Minting Company to the Central Bank of Nigeria for similar reasons.

Key national assets like the ASC and NSPMC ought to be guarded as a projected source of long-term revenue generation, but perhaps that argument is null in light of audit reports that a hefty injection of approximately $652 million is required for the revitalization of the steel factory.

We should not be quick to forget that 24 State governments appealed to the Federal Government for relief packages during the period of the oil price crash, as most were either unable to pay or struggled to pay salaries and dues to their workers. It is sad to say that we have not learnt our lesson because now that oil prices have risen somewhat, we are back to the business of spending as usual.

The reality in Nigeria today is that, State governments struggle to keep up with their expenses and as a result, the gap between the income of most states and their expenses widens daily. For the most part, investment banks assist State governments by financing these deficits. However, this is not a sustainable practice as expenses continue to outgrow income.

Nigeria copied its democracy from the United States, however, in the United States, cities/states do not have any form of allocation coming from the sovereign arm. All States depend solely on both internally generated revenue and business-type activities to survive, as opposed to depending on borrowings, as we are wont to do in Nigeria. These Business-type activities allow the State to have an income and clear its deficit.

However, there is a third source of funding/revenue which has remained relatively untapped up until now, and this is the funding from the private sector especially those backed by business-type activities or the state’s IGR (i.e. debt serviced from future cash flows from IGR and business -type activities). Also States can partner with the private sector by investing in projects/businesses (by establishing a State corporation), allowing the private sector to run these companies and the State government can re-coup its capital as well as returns from these companies; an example is the Lagos State Municipality Waste Management Company Limited.

Looking at the external sources of revenue mentioned earlier – FAAC, JAAC, VAT, Dividends and Grants – the only area we haven’t realised revenue in, as a nation, is Dividends, as State governments hitherto have not made significant investments in companies and private sector corporations.

A valid example of the benefits of dividends is the Gombe State and GTBank parallel; Gombe State was established in 1996 with FAAC allocation of more than 100million.

In 1991, GTBank began commercial banking operations with less than 100million shareholders’ funds. Today, Gombe State has one of the lowest internally generated revenue of N5.272 billion, whereas GTBank has Gross Earnings of c.N419billion and Net Profit of N169billion. If the state of Gombe had invested up to 50% in GTB in 1996, Gombe would not be in the state it is in right now, just by getting dividends from a company like GTBank as a significant shareholder.

One key point to note is that, Lagos State currently has the highest internally generated revenue (IGR) in Nigeria. The budget for Lagos stands at N1.4 trillion for 2018. Lagos State is the only state that has been innovative about the structure of financing its infrastructural needs. The State appointed Lagos Municipality Waste Management Company Limited (MWMCL) as its waste management vehicle and went ahead to issue a green bond backed by an ISPO on the IGR of the State. This is the first time a bond is not being tied to the ever-fluctuating oil price and it remains the single biggest investment in the environment.

Lagos state’s PPP partnership with Visionscape Sanitation Solutions not only results in faster project completions and reduced delays on infrastructure projects, but also frees up State funds to be channeled towards other fundamental sectors such as healthcare and education.

Other States need to realise this is a pioneer move that Lagos State has embarked on, one which they equally need to follow suit. Public Private Partnerships are increasingly being modeled in countries around the world and are not only cost-effective, but if properly structured, will provide a viable profit-sharing system and revenue stream capable of bridging and eventually solving Nigeria’s budget deficit issues.

– Fadahunsi is the chief executive officer of Prosperis Holdings, a principal investment firm.