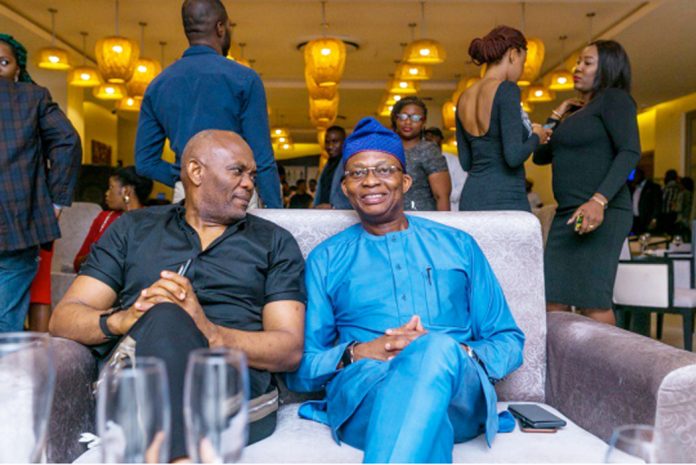 Red TV has released the first episode of their anticipated new web series The Men’s Club titled ‘A Man’s World‘.

The night of 7th October, 2018 was one to remember as the premium online lifestyle TV platform, REDTV powered by the United Bank for Africa (UBA), opened its doors to a select number of industry stakeholders, film enthusiasts and celebrities for the private screening of its new show, The Mens Club.

REDTV is the producer of award winning shows like The Adventures of TASA, Our Best friend’s Wedding and Inspector K.

Men’s Club,  another big hit trails the life of four eligible young men running through the scheme of love, betrayal and friendship, channeling their inner voices and forging the path for the life that they want in Lagos.

The mostly all-male lead is a shift from the norm as it tells the story of ‘the –average Lagos lad’ and even beckons to answer the question; What do men really want?.

According to the Creative director of REDTV, Obinna Okerekeocha, “The Men’s club is bound to be a huge success with a fantastic cast of veterans and professionals within the industry who have amassed years of experience and expertise. Starring Ayo Ayoola, Etim Effiong, Efa Iwara, Sharon Ooja Egwurube, Baaj Adegbule, Grace Ajilore, Enado Odigie, Dineo Mofammere, Mimi Chaka, Segilola Ogidan and Nengi Adoki to mention a few, The Men’s club is guaranteed to become a must-watch on everyone’s list this year’.

The show was shot and directed in prime locations across the city of Lagos by Tola Odunsi with impeccable character.