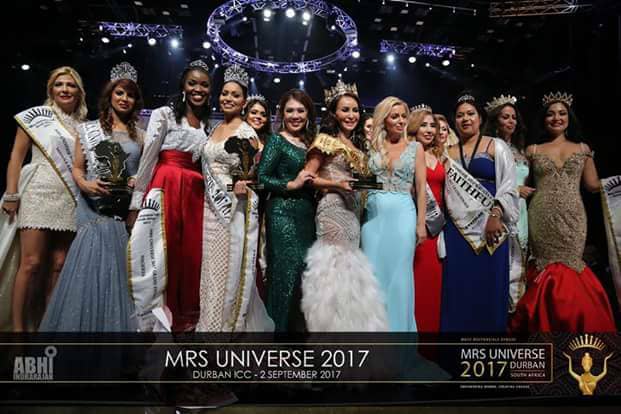 All is now set for the official debut of Mrs. Nigeria Pageants contest in the country which is slated to hold on Sunday October 21st 2018 at Balmora Hall, Federal Palace Hotel, Victoria Island, Lagos.

The contest, which will open with a two-day camping of contestants between October 19 and 20 at an exclusive resort on the Island, will climax on the 21st of October with a glamorous grand finale.

Although Mrs. Nigeria Pageant premiered last year, it will be officially debuted this year. It’s distinguishing concept as a non-bikini beauty queen contest, specifically for outstanding married women between the ages of 23 and 45.

According to the organisers, Pageants Nigeria Limited, the event seeks to base its competition on physical beauty, marital stability and success, career progression, intellectual agility, social trendiness, and humanitarian compassion.

Interestingly, the adjudged overall winner will have the privilege to represent Nigeria on the global stage at the prestigious Mrs. Universe Contest in Philippines this December.

While Mrs. Faith Ogaga emerged winner of last year’s edition and participated at the Mrs. Universe 2017 held in South Africa, the organisers look forward to having a winner for this year’s.

Speaking at the briefing, the Managing Director of Pageants Nigeria Limited, Mrs. Sarah Anogwi, said at the grand finale, the overall winner would be crowned and awarded a brand new SUV, a cash prize of N1million and a plot of land in a choice area at Ibeju Lekki.

“The first and second runners up will also smile to the bank with cash prizes of N500,000 and N300,000 respectively among other mouth-watering take home,” she added.

According to Anogwi, a former international model who doubles as Country Director, Mrs. Universe Pageants, the main goal of the contest is to identify, appreciate and reward as well as empower the lucky winners with the necessary support system in the quest to further advance the course of social justice for the children and women’s folks.

“Essentially,” she said, “the programme intends to promote public awareness against domestic violence, gender inequality, societal oppression and all forms of social injustices against the women, wherever they exist.

Notwithstanding, the contest aims to provide funding and other structural support systems for humanitarian projects and programmes that would empower these women and teenage mothers and children. The end goal is to significantly further promote the course of social justice for the women folks,” she added.

In Anogwi’s words, her dream of bringing succor to the sufferings of the people, especially women and children by creating economic empowerment and international opportunities for them prompted the establishment of Mrs. Nigeria pageants.

She expressed: “Part of the proceeds generated from the contest will be channelled through my Single Teenage Mothers Support (STEMS) to empowerment for skills acquisition and setting up of small scale businesses for single mothers as well as educational supports for the children.”

Highlighting the departments STEMS has set up to will help fight for the rights of women and children suffering from domestic violence, rape and other forms of abuses, the Country Director assured that it would look after abandoned teenage mothers and children.

Also speaking at the briefing, the Project Manager, Pageants Nigeria Limited, Mr. Jude Nnamdi, said in line with its stated objectives, his company has equally launched a public awareness campaign on the social media on the traumatic abuses many women go through among other things.

Now, tagged “the Voice of Women: Let’s talk about the challenges faced by women and children in Nigeria,” the popular new media campaign demands of any domestic violence survivor to produce a 59 seconds video of her experience and upload it with hashtag #letstalkaboutitchallenge @via its instagram @Mrsnigeriapageants, facebook @Mrsnigeria, twitter @Mrsnigerialtd.

Nnamdi said: “Interestingly, the best expressed wins N5,000 daily. It is our hope that this challenge will draw the attention of the appropriate bodies to bring solutions to the problems talked about. And in addition, the issues talked about in the videos will also form the integral part of the pet project for the Mrs. Nigeria pageants.”