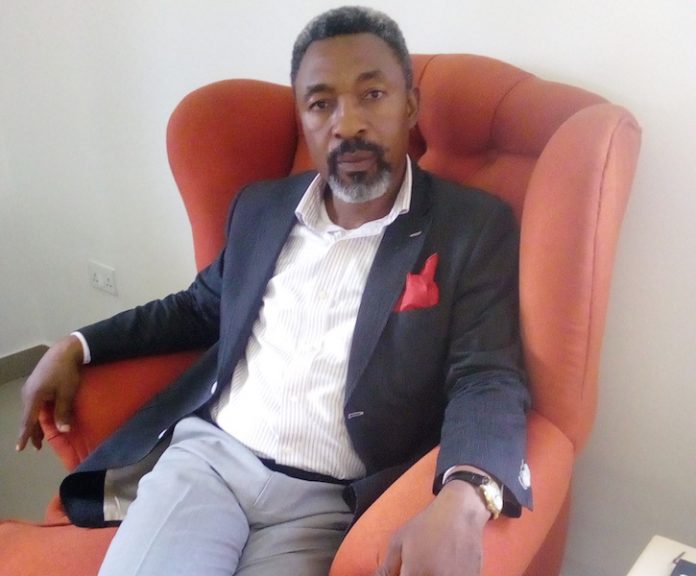 You have been making insistent demand for your principal, Prof. Jerry Gana to be declared the winner of the SDP presidential primary. Why should the party reverse itself in his favour?

In the constitution of the party, there are provisions that indicates where the presidential candidate of the party should come from. It’s enshrined in the constitution; section 15.3. 1,1a (Rotation and zoning of offices: 1. The party shall adhere strictly to the principle of zoning and rotation of political offices based on the principle of inclusiveness, justice, equity and fairness to all. 1a: the office of the president and national chairman of the party shall be rotate between the South and North and amongst the six geopolitical zones.)

Before now our National Chairman, Chief Olu Falae has made a commitment to this effect. As a law abiding party that believes in its on constitution, it would have been clear and logical that the party’s presidential candidate comes from the north, since Falae is from the south.

On the bases of such assurances, we of the G19 fielded a presidential aspirant and marketed him to the international community, the Nigerian people and the SDP family. When we saw that two people came from outside the north to seek the mandate of the party for the presidential ticket, we drew the attention of the party leadership, to say it was zoned to the north. They said they will look into it. We waited but heard nothing and we got to know of arrangements for the national convention and we attended the screening where the question was posed to the chairman of the screening committee (Prof. Tinder Adeniran). He said it was debated but they couldn’t reach a conclusion. They didn’t publish names of qualified candidates for the primaries. We were only told that we have been cleared and when we got to the convention venue we discovered that the two aspirants from the south were still in the race.

At the end, Mr. Donald Duke polled 812 votes while Prof. Gana polled 611 votes and Mr. Duke was returned according to the electoral panel and we said, ‘no’ because we raised this issue of zoning and our position is in line with the party constitution; Mr. Donald Duke and Amb. Felix Osakwe were not supposed to contest in the SDP presidential primary given that they are not from the north.

By that provision of the constitution, Gana should be declared as the winner and candidate of the party having scored the highest ‘lawful’ votes. When it was not done we wrote an appeal. We followed it up and wrote another to the National Chairman and nothing has happened, so far. After waiting for 72 hours, we felt we needed to speak to the public because as at that time we were under tremendous pressure from our supporters. Some of them thought we sold out. There were other irregularities, but we decided to ignore all those and focus more on the constitutional issue.

Was your complaint written or just a verbal discussion with party leaders?

Your constitution states ‘the president’, not a presidential aspirant. Don’t you think this point may knock off your arguments?

How is a president produced? Presidents don’t drop from the sky. They go through a process. If the process is faulty then the foundation cannot stand.

Has there been any communication from the party?

They have. It was a meeting. Instead if addressing the issue that we raised it was a meeting of an appeal from what I was briefed. It was an appeal to us to accept the outcome of the convention. Our position is very clear. We have refused to come into all the irregularities such as delegate manipulation, hired delegates and all manner of things. People who were sympathetic to the other were brought in to write for people who couldn’t write.

Many from within and outside this country joined the party because we sold the party to them, as a party that is not prone to impunity, imposition, lawlessness and all those things. When we came into the party we joined hands with those we met to revamp the party and give it a new life. That is because initially, we were members of the People’s Democratic Party (PDP) and we felt that something had gone wrong in PDP and we said, ‘guys let’s go to a place where we can have that peace of mind and that you are sure that the integrity of the party is intact’. For somebody with the pedigree of Chief Olu Falae, we felt that under his leadership, he would stand for what is right.

If you fail to get justice from the party, will you go to the regular courts?

We will take every step available to us to make sure that this matter is properly treated. We are asking for justice and nothing more. We are ready to go to any length within the confines of the law.