The case of Eze Madumere, embattled ex-deputy governor of Imo State, holds a classical lesson for all in loyalty, writes Tobi Soniyi

The judgment of the Imo State High Court delivered last Tuesday by Justice Benjamin Iheka, quashing the purported impeachment of the Deputy Governor of Imo State, Eze Madumere, was another confirmation that Nigerian politicians have no respect for rule of law.

The case is also an affirmation that the judiciary remains the last hope of the oppressed. The judicial system may be slow, but the long hand of the law eventually prevails.

But how did Madumere, an extremely loyal follower of Governor Rochas Okorocha suddenly fall out of favour with his boss? For those who have been following the duo, Madumere was submissive to Okorocha even to the point of ‘foolishness’. As it is said in Nigeria, it is politics stupid!

On the eve of the 2011 governorship election, there was a plot to detain Okorocha by the then governor, Ikedi Ohakim and his men. Madumere rather asked them to take him instead of Rochas. When asked for Okorocha’s whereabouts, he refused to give information that would lead to the arrest of his boss. Knowing his strategic importance in the campaign, he was arrested and detained on phoney charges. How could Rochas have forgotten? Without that courageous move by Madumere, Okorocha’s plan to become the governor could have ended up a pipe dream.

Madumere, son of the traditional ruler of Achi Mbieri, Eze Henry Madumere in Imo State, until recently considered himself a helper. His job, he once shared, was to help his boss succeed. Together they had come a long way. In business, Madumere assisted his boss to succeed. That was why Okorocha had no qualms picking him as his chief of staff when he was elected governor.

In 2013, due to political differences, Okorocha eased out his first deputy governor, Jude Agbaso and against political permutations in Imo, chose Madumere as a replacement for Agbaso. Not many queried the decision, as it was considered a reward for commitment and loyalty to the Rescue Mission project.

Until the rift between Okorocha and Madumere, many saw the latter as too submissive even to the point of ridicule. In street language, Madumere was Okorocha’s errand boy. But there lies the difference. Whereas Okorocha considered Madumere as someone to be ‘used and dumped’ like a chattel, Madumere considered the relationship as that of service that should be rewarded, probably with the governorship seat.

Hoping that he would one day reap the harvest of his loyalty, Madumere blindly followed his boss. Uche Nwosu, who would later become Okorocha’s son-in-law and now a threat to Madumere was said to have been introduced to the governor by Madumere himself.

In fairness to Okorocha, he is not under any legal obligation to anoint his deputy as his successor. More so, there has not been a time when he promised to make his estranged deputy his successor. But many reckoned he ought not to have humiliated him.

One year into Okorocha’s second term in office, the handwriting became clearer that Madumere was no longer wanted in Okorocha’s government. He had become an unwanted luggage. He was kept outside critical meetings and was no longer privy to critical and sensitive information. The less, he knew the better.

Call Madumere Okorocha’s ‘Man Friday’ and you won’t be totally wrong. When appeals and negotiations were to be made, the former number two was always sent to make peace but during the signing ceremony, he would be sent outside the state. Perhaps to erase the efforts he played to maintain peace.

But one may ask, so what has changed? Why did Madumere change? Why did he suddenly decide to be his own man? Pundits argued that after enduring Okorocha’s humiliating servitude for over six years, why the sudden turnaround when everybody thought he had accepted it as a norm?

Perhaps, Okorocha has failed to understand that every man, no matter how highly or lowly placed has an ego and would do everything to protect it.

For Madumere, these are trying times and a great test of his popularity. But time will tell if he would survive what appears to be his greatest political battle yet.

Although the judgment of the state’s high court was in his favour, no one is under the illusion that the state government would obey the judgment. One thing that is sure, however, is that even if he was not reinstated, posterity most certainly has a good place for him. 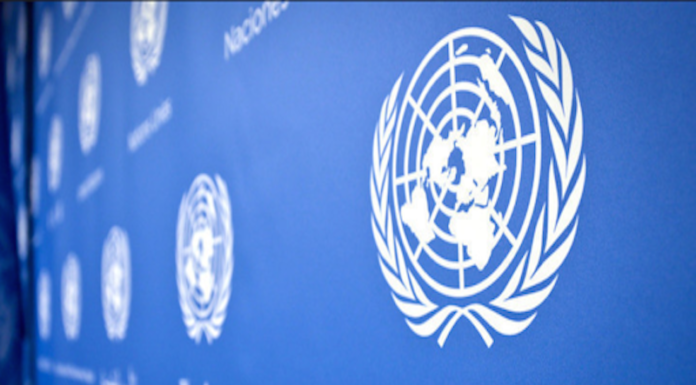