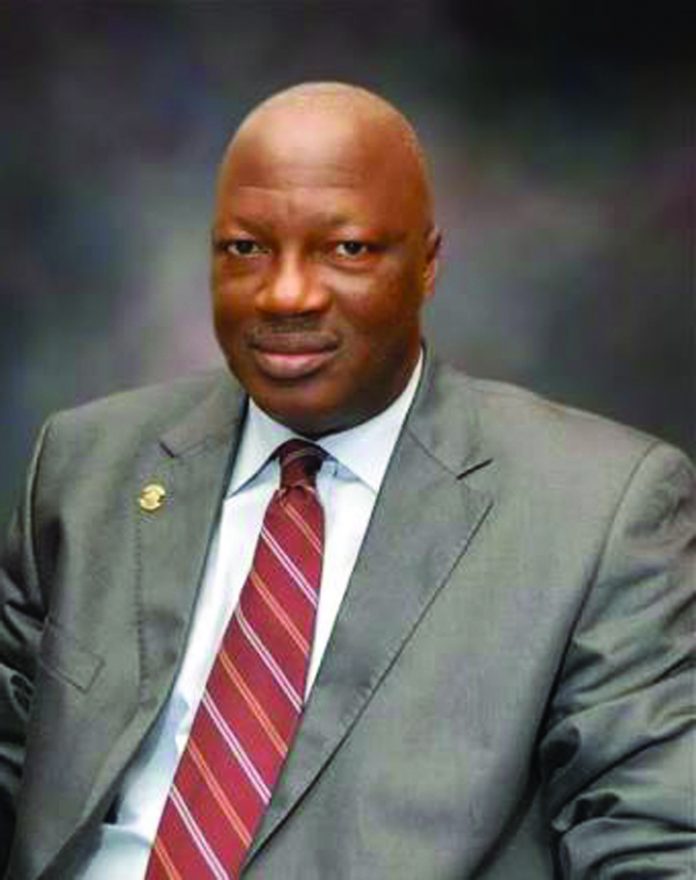 On Friday, September 21, the family, friends and associates of Mr. Osarodion Ogie, Secretary to the Edo State Government rolled out drums to celebrate his new age. Due to his easy-going nature, he never wanted a party, but his friends gave a surprise bash to thank God for this lover of humanity, who never show off but is ready to render help whenever he is called upon, as long as it is within his capacity to do so.

Ogie came into political limelight in 2008 when the former governor, Comrade Adams Oshiomhole appointed him as his Chief of Staff.

Prior to his appointment, he coordinated the legal team that fought for Oshiomhole’s victory over Prof. Osarhiemen Okunbo governorship both at the Election Petitions Tribunal and the Court of Appeal.

Since then, nothing has stopped the man with a soft voice. For serving meritoriously in the first four years, Oshiomhole gave him a bigger portfolio as Commissioner for Works where he superintended most of the laudable projects that became the hallmark of Oshiomhole’s eight years as governor of Edo State.

Even with the important positions he occupied, he never displayed any form of arrogance that is characteristic of the average Nigerian politician, who at the moment they attain a little position of authority, will become swollen headed.

Rather, Ogie operates an open door policy that endears him to all those that come across him. Amongst Oshiomhole’s cabinet members, he was the only one whose office door was always open. Anytime you visit his office and the door is closed, it is obvious that Ogie is not in the office.

The practice began when he was COS and throughout the period he was Works Commissioner under Oshiomhole.

It is the same life style he adopted even in his private residence where the gate is always open and closes whenever there was body coming in or going out.

This characteristics, over the year as an official of Edo State Government, earned him the sobriquet, “Field Marshal” because of his stance that politics and governance should be for uplifting the society; and not for personal aggrandizement.

Like a true party man, who cherishes and adores loyalty, his patience was tested prior to the governorship election of 2016. He did not betray his emotions but decided to abide by party decision that Mr. Obaseki should be the governor.

Even with his large number of followers and being in charge of the party structure in the state, he collapsed his political machinery to work for the emergence of Mr. Obaseki as governor.

As a true party man, he did not argue with his then boss, Oshiomhole, unlike others who would have insisted it must be them or no one else.

His ability to proffer solution in difficult political situations has become a legacy that has earned him respect from all quarters to the extent that today, he is regarded as an encyclopedia of politics in Edo across party lines.

Little wonder his cronies both in government and out of government decided to honour him on his birthday. Prior to this celebration, Governor Obaseki, shortly before he celebrated his one year in office last year, had described Ogie as the engine room of his administration.

Obaseki, who disclosed this when he paid a thank you visit to Egor and Ikpoba Okhai Local Government Area where the SSG hails from, promised to kick-start the development of an Industrial Park at Ologbo in the LGA, as part of activities to mark his one-year anniversary in office, which today is on course.

Also addressing APC members in Ikpoba Okhai, Obaseki said: “I am happy that the SSG, Osarodion Ogie, is from this local government. You call me ‘Wake and see, Governor’. For your information, I sleep, but you have to thank your son, the SSG because, while I am sleeping, he is awake and should be commended for he is responsible for what you see when you wake up.”

The immediate past Governor Oshiomhole, now National Chairman of APC, also spoke glowingly about him. “Ogie is my political son of whom am proud of.”

It is the characteristics of Ogie to have people around him both at work and during his moment of relaxation. His philosophy has always been that you are working with him and not for him. He is also a man of tender and kind heart, and a hard worker who expects everyone around him to do the same. He is a philanthropist that gives quietly without blowing trumpets.

Ogie was born on 24th day of September, 1960. He has his educational background at Eghosa Grammar School, Benin City; University of Ife, now Obafemi Awolowo University, Ile-Ife where he bagged LL.B between 1981-1985 before he proceeded to Nigerian Law School for his Bachelor of Law and was called to the Bar in 1986.

From there, he became the Principal Partner, Osarodion Ogie & Co until politics beckoned on him and he was appointed Chief of Staff to Adams Oshiomhole (2008-2012); Works Commissioner (2012-2016). In 2007, he was awarded the Oba Merit Award by Oba Erediauwa (CFR). He was also the Director General, Godwin Obaseki Governorship Campaign Team in 2016, before attaining the present position of Secretary to State Government. He is a great sportsman. He plays football, tennis at his leisure time and takes delight in swimming for relaxation. At 58, Ogie looks forward to joining the diamond club next year. Happy birthday to the “Field Marshal.”