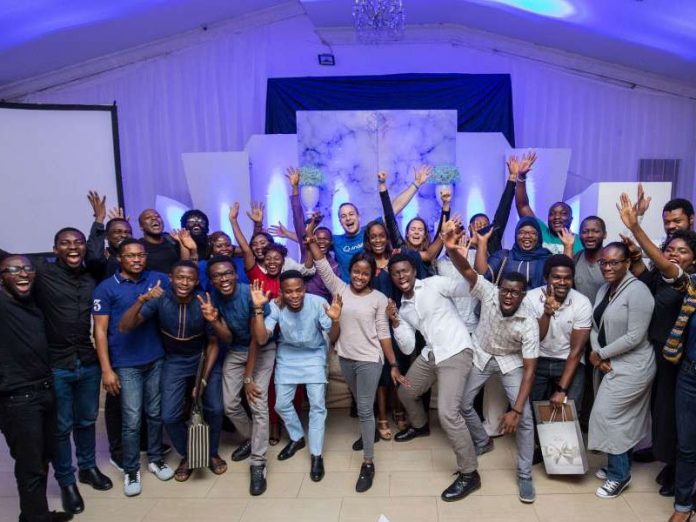 Andela, the company that identifies and develops Africa’s most talented software engineers to help companies scale with high-performing teams, celebrated the first set of developers to have completed their four-year Fellowship.
Now Andela alumni, the launching developers are expected to join global and local companies, start their own ventures, or take senior developer roles at Andela to continue building the next generation of tech leaders at the company.

The event hosted last week, was attended by over 300 attendees, including families of the developers completing the Fellowship and Andela staff. Also in attendance were industry stakeholders like Osita Nwoye, Executive Director at Tech Circle; Etop Ikpe, Co-founder and CEO of Cars45; Bankole Oluwafemi, Founder and Editor-In-Chief at Tech Cabal; Judith Okonkwo, CEO Imisi3D amongst others.

Dr. Omobola Johnson, Senior Partner at TLcom and Board member of Andela, delivered the keynote address. Remarking on the celebration, she said, “Andela has cemented its position as the company that invests in Africa’s most talented software engineers, and I am proud to be celebrating the Fellows’ commitment and successes after four years of hard work. The eighteen developers who have completed their Fellowship should be really proud of themselves; I’m excited and eagerly looking forward to seeing them flourish in their tech careers. You are the proof of the Andela narrative that brilliance is evenly distributed.

During their four years at Andela, developers have completed a rigorous technical leadership program, acquiring management experience and technical expertise in software languages such as Ruby on Rails, Javascript, Python, Ruby, and React Native, amongst others. They’ve worked as full-time team members with global companies like Viacom, Github, InVision, and Wema Bank’s ALAT, via Andela’s distributed work model.

Nadayar Enegesi, Andela Co-Founder and Director of Launchpad said: “Over the past four years, Andela developers have played a pivotal role in building technology communities across Africa and we are excited to see our early cohorts start on the next stage of their journey.”