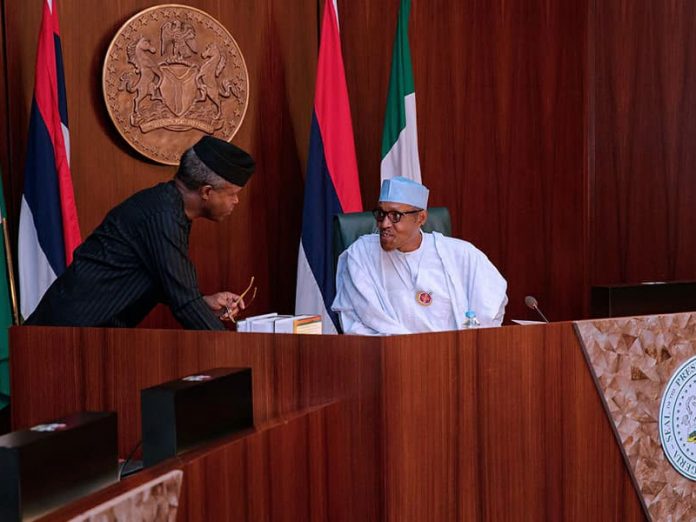 The council chamber of the Presidential Villa was more or less deserted Wednesday as 22 of 36 ministers were absent at the weekly Federal Executive Council (FEC) meeting presided over by Vice President Yemi Osinbajo.

At the meeting which started at 11 a.m., only 14 ministers were present when Osinbajo walked into the chamber and called for rendition of the National Anthem.

Of the 22 ministers, six of them accompanied President Muhammadu Buhari to the United Nations General Assembly taking place in New York while 16 others were purely absent.

The six who accompanied the president to the United States are: Minister of Foreign Affairs; Attorney-General and Minister of Justice; Minister of Health; Minister of Industry, Trade and Investment; Minister of Budget and National Planning; and the Minister of State for Environment.