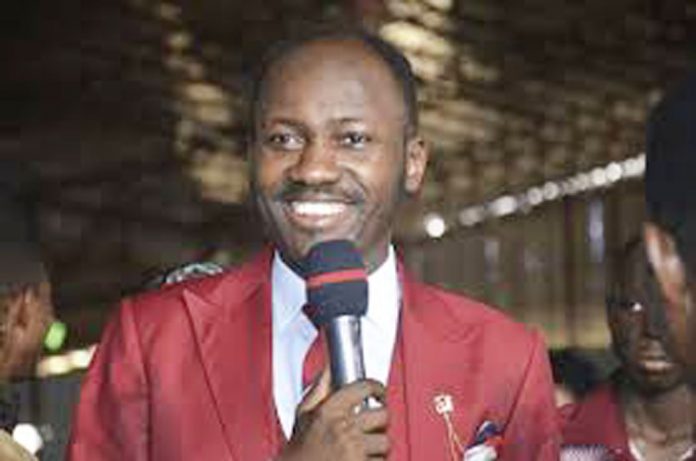 Apostle Suliman Johnson, General Overseer, Omega Fire Ministry, is regarded as one of the fiery televangelists in the country. He makes no pretense about winning more souls into the vineyard of God through his ministry The‘man of God’, whose alleged romantic affair with a Canadian-based Nigerian lady, Stephanie Otobo, went viral, is one controversial fellow and he seems not to shy away from it.

Spyglass gathered that the Auchi, Edo State based Apostle has again run into yet another trouble in Canada, as he has been allegedly barred from preaching in some of the major cities in the country.

It was gathered that Hillhurst United Church, Calgary-based church, has written to Canada’s Federal MP and Minister of Border Security, Bill Blair, to take action over Suleman’s proposed crusade in the city.

Calgary is a cosmopolitan Alberta city with numerous skyscrapers, which owes its rapid growth to its status as the centre of Canada’s oil industry.

Suleman was scheduled to speak at Calgary’s Magnolia Banquet Hall on Tuesday and Wednesday.

Hillhurst, however, said Suleman should be stopped owing to his alleged homophobic and hate speeches in the past. Hillhurst is an affirming LGBTQ-inclusive congregation; Keith Murray is Hillhurst’s affirming co-ordinator.

Murray claimed he and lead Minister, John Pentland, first came to know about Suleman’s planned sermons by way of LGBTQ activists in Nigeria and from Toronto-based reverend, Brent Hawkes, the long-time pastor of that city’s Metropolitan Community Church.