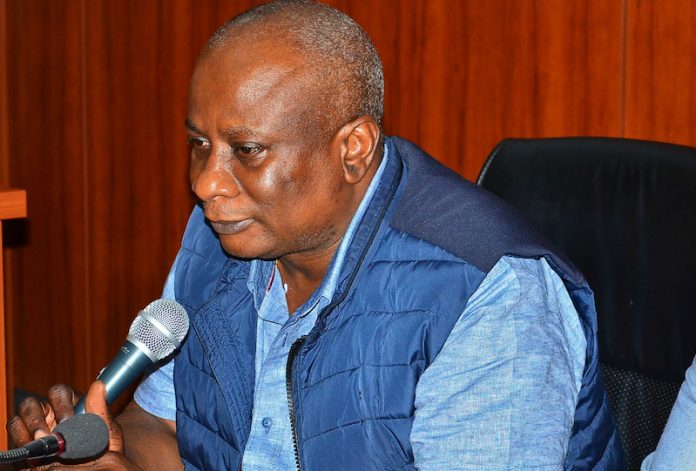 The United Nations Humanitarian Coordinator in Nigeria, Edward Kallon, has condemned the killing of the aid worker and midwife, Saifura Hussaini Ahmed Khorsa in Borno State by Boko Haram.

The International Committee of Red Cross (ICRC) has also confirmed the death of the aid worker, who was one of the health workers kidnapped from Kala-Balge in the state.

Ms. Hussaini, 25 years old, was abducted on March 1, 2018 in Rann town, Borno State, where she was working with ICRC, following a deadly attack by a Non-State Armed Group in which three aid workers were killed. Two other female aid workers were also kidnapped during that incident.

A statement from the Information Office of the UN Humanitarian Coordinator quotes Kallon as saying that, “The killing of Ms. Hussaini, a young, dedicated and passionate midwife and humanitarian, is a cowardly, heinous and despicable act.

While he sent condolences of the UN to the family of the deceased, including her two young children, and friends, Kallon however, called on the federal government to ensure the perpetrators are brought to justice.

He also called for the immediate release of the two aid workers who are still being held.

“This incident demonstrates the severe challenges that Nigeria continues to face, but will not deter the international community from providing aid to millions of Nigerians caught up in the conflict in the north-east. The United Nations stands in solidarity with the humanitarian community,” Kallon said.

According to reports, the humanitarian community is currently providing life-saving assistance, including food, safe water and medicine, to over 60,000 internally displaced people in the camp in Rann, and millions more across the north-east.

Some 3,000 aid workers are present in the north-east, the majority of whom are Nigerian nationals.

Meawnhile, the spokesman of ICRC, Aleksandra Mosimann, has also condemned the killing yesterday, describing the action as sad and called for the immediate release of the two others still in captivity.

“The International Committee of the Red Cross condemns in the strongest terms the tragic killing of its abducted colleague, Saifura Hussaini Ahmed Khorsa.

“It is appealing to the armed group to immediately release a second ICRC midwife and another health-care worker taken in North-eastern Nigeria in March.”

The statement quoted Eloi Fillion, the head of the ICRC delegation in Abuja, as describing the murder as devastating.