In its third year, the annual FotoFactory. Lagos remains the catalyst for local community of conceptual photographers, writes Okechukwu Uwaezuoke

“Photography is enjoying a major resurgence in Africa, and it is now one of the most recognisable forms of contemporary art practice on the continent and in the larger global African diaspora,” the US-based professor of art history Sylvester Okwunodu Ogbechie recently observed. “Major international recognition of contemporary photography from Africa, and new technologies, such as cell phone cameras, are making photographic practice more relevant to a new crop of young contemporary African artists.”

It was on this premise that he co-founded and developed the annually held FotoFactory.Lagos, whose theme this year was Explore Your Vision, with the Germany-based internationally-renowned photographer Eva Maria Ocherbauer. It is now history that the annual photography workshop– held this year from July 23 to July 27 – had defied all odds to plod on into its third edition. “It was profoundly rewarding to see that photographers, who attended the very first LagosPhoto Summer School workshop in 2013, are still attending our programme,” enthused an excited Ocherbauer from her base in Berlin.

Indeed, FotoFactory.Lagos, which has so far held every year at the Centre for Contemporary Art in the Lagos mainland neighbourhood of Yaba, had since its inception in 2016 relied on the resilience of the local contemporary photography community. “Some others are coming back faithfully since many years, some came newly since the first FotoFactory.Lagos workshop in 2016 and, in addition, we always have beginners,” Ocherbauer explained.

Last year, 21 participants that had attended the workshop. This year, there were 22 formally registered participants, but there were occasionally former participants who dropped by at the venue without formally registering. “This makes a reasonable number. If we have too many photographers attending we won’t have enough time for individual training. An intimate atmosphere is obligatory for the students to be able to open up, to leave their comfort zone which is essential for any exceptional production related to creative processes. It is not about quantity, it is about quality. Regarding accomplishments we always see some outstanding work. In fact, this became habitual over time.”

This was the kind of scenario that helped create a healthy symbiosis between the more accomplished photographers and their less skilled colleagues, who still have a lot to learn. In other words, the workshop through encouraging and supporting a collective way of studying, made it possible for the participants to learn from each other. “As we all know learning never stops no matter how much one has already achieved.”

The workshop focuses on conceptual project-based thinking through sequences of lectures and critiques. In the process, its participants get trained on how to gain both a conscious and intuitive understanding of the visual language of photography.
Still, even after its three years of existence, the workshop has barely scratched the surface in the area of publicity. This is despite the fact that it has gained an increased followership, thanks to its expanded activities. The Austrian-born photographer disclosed plans of featuring the workshop’s photographers at the Fotohof, which holds in November this year in the Austrian town of Salzburg. She also said that the acclaimed journal of African Art History and Visual Culture, Critical Interventions, is featuring the workshop’s programme in the upcoming issue.

This is besides the fact that each edition brings in new perspectives. This has been evident in the continual extension of the curriculum and, in addition, to the improvement in the quality of the participants’ actual accomplishments.
The annual workshop counts among its greatest achievement this year its official registration, which now sees it listed now as FotoFactory Foundation in Lagos and, thus, opens the doors way to new possibilities.

This year, one of Nigeria’s most accomplished photographers and an alumna of FotoFactory.Lagos, was at the workshop not only as a facilitator, but also to talk about her current projects. As one of the most easily recognisable names in the African photography scene, she had received international attention as the winner of the Fourth Wall Books African Photo Book award 2017 and an International Women Media Foundation Fellow. She had also been featured at the 11th edition of African Biennale of Photography, called Rencontre de Bamako (Mali), the Open Society Foundation Moving Walls exhibition in New York (US), the Lagos Biennial and ArtX Lagos, among others.

Among the subjects featured at the workshop this year was how to build a career as a Nigerian photographer in the international field. Rahima Gambo was for this reason invited to talk about her work since she has been recognised as a shining example. But, generally the workshop’s focus was on the work presented by the participants, which embraced a wide range of possibilities. “We are dealing with a lot of documentary style up to highly personal practices into more artistic areas and staged imagery,” Ocherbauer explained. “Everything is accepted, except commissions made for short-dated commercial purposes only.”

FotoFactory.Lagos’s plans for improvement extends beyond its annual workshops. It has been actively involved in the supervision of participants’ projects. This is through promoting their work, organising shows and publications, among others. Its current focus is the mapping out of its first book-project titled Olorisa, which is a collaboration of four photographers exploring the relation of art and spirituality under female perspectives. “Additionally, we are planting seeds for future exhibitions to present Nigerian photography to a larger audience,” Ocherbauer said. “We are still engaged with wrapping up this years edition therefore it is to early to announce the upcoming workshop at present. We are satisfied with the location the Centre for Contemporary Art Lagos, which has been hosting us since the beginning in 2016. So, we intend to keep that. What we are aiming to constantly enhance is the quality of the actual images produced to keep up with global standards and accordingly raise the visibility of Nigerian photography, generally speaking African practices at large.”

Obviously, one of the greatest challenges the workshop faces remains the lack of understanding of the complexity of photography. Hence, the need for more positions to communicate the medium.

Uche Okpa Iroha, who runs the Nlele Institute which is an autonomous visual art organisation, has taken the lead to establish a school for photography in Lagos. 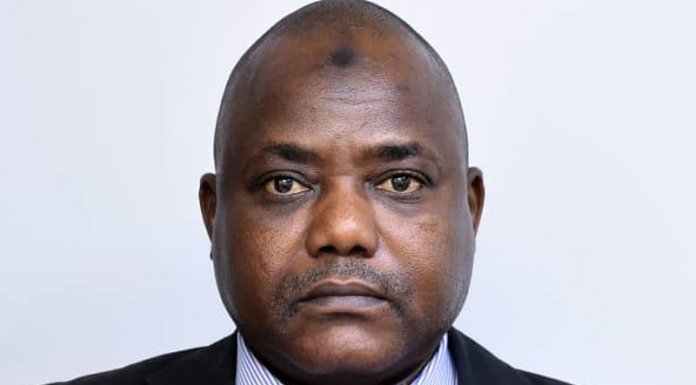