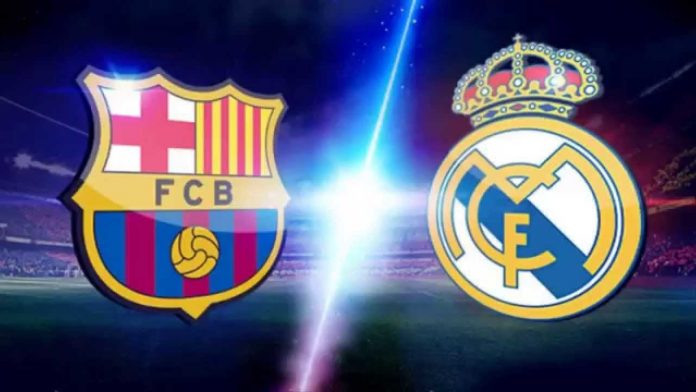 Real Madrid and Barcelona’s flying start to the La Liga season will be put to the test today when they both travel to the Basque country.

Real play Athletic Bilbao while Barcelona visit Real Sociedad in fixtures that have often proved to be among their hardest away trips over the last decade.

Real were held to a goalless draw at the famously atmospheric San Mames Stadium last season and have only won two of their five league visits to the ground since it was built in 2013, and they will face a typically hostile atmosphere as they chase a fourth win after seeing off Getafe, Girona and Leganes.

Champions Barca, meanwhile, have scored 12 goals in their opening three league wins but have only picked up one victory in their last eight league visits to Real Sociedad’s Anoeta Stadium, finally snapping an 11-year winless run thereby coming from two goals down to win 4-2 in January.

Things could be even tougher than usual for Ernesto Valverde’s side as Real Sociedad will be playing for the first time at their stadium since it was renovated to get rid of a running track and bring the stands closer to the pitch.

“We are very happy because at last, we get to play at a stadium without a running track, it’s going to be a very special day,” said Real Sociedad president Jokin Aperribay.

A new pitch has been re-laid at Anoeta and both clubs will be hoping it fares better than the new surface Barca had to play on in their last away trip when the pitch repeatedly cut up in a narrow 1-0 win at Real Valladolid which led to La Liga launching an investigation.

Barca often struggle in the first game back after an international break but this time they will benefit from extra rest for talisman Lionel Messi, who sat out Argentina’s recent international friendlies, and defender Gerard Pique, who has retired from the Spanish national team.

Real Madrid players featured heavily in Spain’s 6-0 drubbing of Croatia on Tuesday and the impressive display of midfielder Dani Ceballos may see him force his way into the starting line-up in Bilbao.

Real forward Marco Asensio will also be feeling confident after playing a part in five of Spain’s six goals against Croatia, while Gareth Bale will be looking to extend his run of scoring in six consecutive La Liga games, having scored a wonder goal in Wales’ 4-1 win over the Republic of Ireland.

Elsewhere, Atletico Madrid host Eibar while Valencia will be out to rectify their poor record of two points from three games when they host Real Betis.