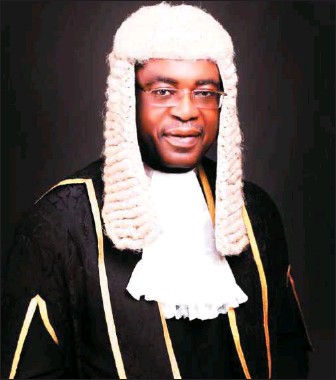 Turbulent situations bring out the best in men and throw up the best of men. If the late Rivers State Attorney-General and Commissioner for Justice, Emmanuel Chinwenwo Aguma (SAN), had lived about 2,400 years ago, he would have qualified for the Pens of Pericles, a chronicling of the great by the great; a scribbling by the best of pens in the land.

His death thus represents a big loss not only to the state and the Nyesom Ezenwo Wike administration but to our generation. Nigeria indeed mourns a great loss in this great son.

Born on April 21, 1961, the late attorney-general was the first son of Chief Emmanuel W. Aguma, a Second Republic federal minister and Dame Hannah Aguma. His fruitful life reflected everything in his names, Emmanuel (God with us) and Chinwenwo (God is the real owner of any child). He was therefore a gift from God to his family, Rivers State and Nigeria. He was a carrier of the blessings of God. All through his service as the chief law officer of Rivers State, the people of the state and indeed the Governor Wike administration glided assuredly from one legal huddle thrown on his way to another.

Strong education, they say, is foundation of strong career and strong character. The late Aguma was a product of some of the best schools our region could offer before proceeding abroad, and acquired every certificate available at every stage of education from primary to university level. He began with the well-respected Santa-Maria Primary School in Port Harcourt for one year before proceeding to St Paul’s Primary School (1970-1971), Diobu after resorting to private tuition in the heat of the civil war between 1968 and 1969. He then proceeded to Government Comprehensive Secondary School, Port Harcourt (1972-1975) and County Grammar School, Ikwerre Etche 1975 and graduated in 1977 with the West African School Certificate. He was admitted for his Advanced Level education at the Federal Government College, Port Harcourt (1978-1980) and later went to St Aldgate’s College in Oxford, London, for his London GCE in Advanced Levels too (1980-1981).

For his university education, he went to the University of Warwick between 1981 and 1984; and also the University of Sheffield from 1984 to 1987 where he obtained BA (Hons) and LL.B (Hons) with Second Class Upper Division respectively before proceeding to the Nigerian Law School between 1987 and 1988. It is on record that since being called to the Nigerian Bar, he continued to attend numerous conferences and continuing legal education trainings in Nigeria and abroad including International Bar Association Conferences and Commonwealth Lawyers Association Conferences. This proved helpful reaching his professional zenith 33 years later (2015) when he was conferred with the prestigious rank of Senior Advocate of Nigeria, SAN.

Right after school, the Emma Aguma delved into his chosen profession without deviating for one moment. He took off as a General Counsel to Gemmex Nigeria Limited in Enugu, a firm of commodity brokers during his National Youth Service Corps (NYSC) ending 1989.

He proceeded to N. Nwanodi & Co between 1989 and 1996 as Legal Counsel before he founded his own chambers known to this day as Aguma & Co in 1996. In fact, he remained as the Founding Partner and Principal Counsel until his appointment as the Attorney General and Commissioner for Justice in Rivers State from 2015 till his transition.
The late SAN lived through extensive litigation experience in the High Court, Court of Appeal, and Supreme Court. He conducted several election petition cases extensively in his fruitful and eventful career.

Emmanuel Aguma SAN was a member of the Board, Federal Medical Centre, Gusau, Zamfara State from 2004 to 2007.

This true son of Rivers State was the Deputy Registrar, Church of Nigeria, Anglican Communion, Diocese of Niger Delta from 2008 and Prosecutor for the NBA from 2012 to 2015. He was appointed Notary Public 2013; member of the Council of Legal Education; member of the Body of Benchers; member, Legal Practitioners Disciplinary Committee of the Body of Benchers (2015), and life member of the Governing Council of the African Bar Association (AFBA), among other positions he held in the law practice.

Emma Aguma was found exceptionally worthy and was appointed Honourable Attorney-General and Commissioner for Justice of Rivers State on June 12, 2015 and reappointed on June 24, 2017, the position he held until his death. He brought to bear, his huge knowledge and experience in private law practice and demonstrated his desire for the rule of law that gives rise to a stable society.

The rule of law requires more than declarations and proclamations but infrastructural executions to form a hedge and pillar that the former would lean on. Governor Wike believes in cement, sand, chippings and iron. He found a dependable disciple in the chief law officer. Thus, his reign as Honorable Attorney General and Commissioner for justice saw to successful completion of outstanding infrastructural facilities including the New High Court edifice that stands out the High Court Complex, Port Harcourt today. He also saw to the construction of the NBA House, Port Harcourt, the remodeling and reconstruction of Court of Appeal, Port Harcourt Division and the building of the National Industrial Court, Port Harcourt.

It is to his credit that the late Senior Advocate of Nigeria refocused attitude of government lawyers to government cases in the state. He did this by doing a lot of the government cases directly with outstanding successes. He was dogged, rugged and diligent. For example, he defeated the efforts of the previous administration to frustrate the swearing in of Governor Wike through the courts. Cases were lined up in many states of the federation such as Owerri, Lagos and Kano, all aimed at stopping the inauguration of Wike as governor of Rivers State.

The late Aguma was respected by his professional colleagues. Indeed, he showed dexterity in handling cases and this brought him undiluted respect from his numerous clients. This son of a second republic minister is credited with many executive bills passed as laws by the House of Assembly but the star legislation, the Rivers State Neighbourhood Watch Law of 2018 is remarkable. It promises to revolutionalise the way security and safety of lives and property are handled in the state by introducing innovative civilian-police collaboration in security matters.

Aguma was so confident and competent that the Governor was never worried about anything that was put in his able hands nor was the Wike administration given any reason to worry for anything in the Ministry of Justice nor in the administration of justice in Rivers State in the past three years. Bills are competently drafted and they sailed through easily under his watch. This is because he liked to cover the grounds in his work.

This could be why most insiders regard his shoes as too large to be filled and too difficult to be replaced.

The late legal luminary, at his death, was still a young man, and his mother is still alive.

He achieved for himself, life’s highest prize, a competent wife, Inimefien Ifeyinwa Aguma, who is the Managing Solicitor (Aguma & Co), and three brilliant children; Onyiyechi (an accountant), Emmanuel Chima Aguma (Lawyer) and Ezekwesili David Aguma (Law student), all trained in the UK.

Death may be cruel but fortune had been kind on our son, our brother, and our beloved defender of the rule of law, Aguma. Your name said it, that God is the real owner of any child; God truly is the owner of life. He alone decides when to take it. He alone decided when to call you back to Glory. Live on, till we meet again. 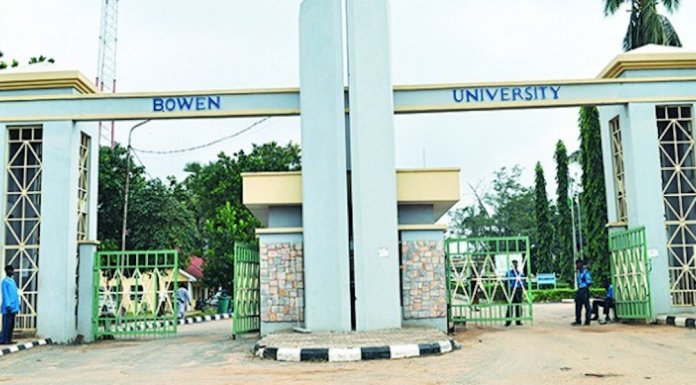