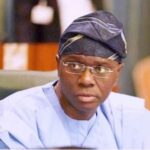 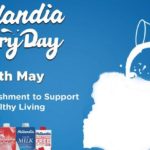 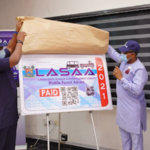 Weah: Nigeria Football is a Model

Former World Footballer of the Year and now President of the Republic of Liberia, Mr. George Opong Weah has hailed Nigeria as a great and worthy ally in national development, while describing Nigerian Football as a model that he wants his country to follow.

Speaking after Tuesday night’s exhibition match between the Lone Star and the Super Eagles at the Samuel Kanyon Doe Sports Complex in Monrovia, which the Eagles won 2-1, Weah, a former World Footballer of the Year, revealed that Nigeria Football has always inspired him.

“As a young, upcoming footballer, I was always fascinated by Nigeria’s football stars. I looked up to the likes of Stephen Keshi, Rashidi Yekini, Friday Ekpo and others and believed that the African footballer can also get to the very top. I believe that in Africa, somewhere, there is another Ballon D’Or winner. We have to find him, expose him to the world and give him the opportunity to actualise his dream,” Weah, who was named African, European and World Footballer of the Year in 1995, said.

While commending the Government of Nigeria, the Nigeria Football Federation and the Super Eagles for the honour done him on the occasion which was to celebrate his contributions to Liberian Football, Weah revealed that as a people, Liberians look up to Nigeria’s pedigree in the round leather game and will work hard to get there.

Weah and former national teammate, James Debbah, led out the Lone Star against the Super Eagles in a game played in an ambience of warmth, mutual respect and good spirit. Henry Onyekuru and Simeon Nwankwo scored for Nigeria in the first half while Liberia reduced the deficit through a penalty kick in the second half when Oluwasemilogo Ajayi handled the ball in the box.

Interestingly, on a day that Weah’s Number 14 Lone Star jersey was been retired, his son, Timothy, featured for the U.S. national team in a win over Mexico.
The father/son duo both took the field on the same day, with the junior Weah starting and playing 89 minutes in the USMNT’s 1-0 win over 10-man Mexico.

… Rewards Eagles with $2,000 Each for Monrovia Friendly

For honouring the invitation to play in the friendly game to retire George Weah’s No 14 Lone Star jersey, Super Eagles have been rewarded with a cash gift of $2,000-a-man.

The 1995 World Footballer of the Year who is now President of Liberia was delighted that Nigeria presented a strong side including several last players from the recent World Cup in Russia for Tuesday night’s game in Monrovia.

“We were paid $2,000 each by the President of Liberia,” one of the players at the game informed SCORENigeria

Weah, 51, now many kilogrammes overweight and far from fit, played for 79 minutes in a game the Eagles won 2-1.

In his playing days, the big striker featured for some of Europe’s best teams – PSG, Monaco, AC Milan and Chelsea.

Meanwhile, Bordeaux winger Samuel Kalu has said it was a huge motivation to play on the same pitch with the one-time World Footballer of the Year.

Kalu, who made his Super Eagles debut at the weekend in Seychelles, said it was a big lift to share the same pitch with Weah who is now his country’s elected President.

“I couldn’t follow him much when he was playing, but I could see some of his skills from the videos I have seen of him,” the winger commented.

“He’s a legend, a world-class player. It was a big motivation to play against him,” Kalu stressed.

He said despite Weah being part of the Lone Star in last night’s game, the Eagles wanted to win the game.

“We want to win any match we play,” he maintained.

Kalu was outstanding on his debut against Seychelles on Saturday in a 2019 AFCON qualifier.

“It was great to represent Nigeria, this is a good step for me in the national team,” he said.