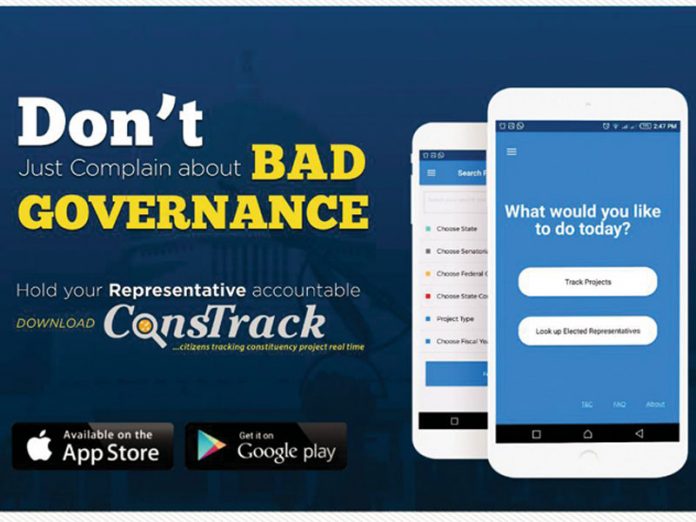 Reported incidents of corruption have been the dominant story of constituency projects in Nigeria. The story is amplified and often gets sensational because members of the National Assembly are the focus. In fact, many believe that senators and House members simply just cart the funds into their pockets without executing the projects or at best embark on shoddy implementation.

And because it is an annual activity dictated by the appropriation law, legislators have rightly or wrongly been tagged with smears of corruption and embezzlement of billions of naira. Examples of abandoned projects which litter many parts of the country also tend to give credence to the allegations of corruption against lawmakers. Even though the projects are directly implemented by ministries and agencies of government, the allegations have stuck like sore thumb in spite of feeble attempts by the legislators to exonerate themselves from the claims.

But the critical question is can we convincingly say legislators are corrupt in the constituency projects programme? Beyond the rumours and speculations, what are the evidences to back up allegations of corruption? Are the projects not visible? If they are, do they approximate to the huge sums expensed? For example, N100billion is budgeted for every year for all 109 senators and 360 members of the House of Representatives to implement constituency projects nominated for the benefits of their various constituencies throughout the country.

To address these questions holistically, OrderPaper Nigeria, a multi-platform legislative interface, has put forward a technology based solution to unravel the question of corruption in constituency projects. It is called ConsTrack, a mobile application available on the Google Play and Apple stores with which citizens can track the implementation of the projects. It is an innovative and user-friendly tool that empowers citizens to demand answers from their government in the execution of projects and also give them the authentic window to participate in how they are governed by leaders.

The ConsTrack app comes loaded with verified and validated information on the location of the projects, amount appropriated, level of funding provided the implementing ministry, department or agency, status of implementation and the profiles of the legislators concerned. With the knowledge and understanding provided by the app and the ensuing engagements, citizens are able to ask the right questions and #Demand2Know how our commonwealth is being expended by government in the name of constituency projects.

A defining feature of the ConsTrack app is that it allows citizens to track and directly report their findings on the projects either by text, audio or videos with their mobile devices in the comfort of their neighborhoods, communities and constituencies. These independent citizens’ reports invariably ignite a chain of updates, reactions and counter reactions from various stakeholders in a continuous stream of engagement. The ConsTrack app is importantly also a veritable platform for legislators to tell their success on constituency projects in order to provide a balanced narrative and healthy interface between citizens and their elected representatives in parliament. In summary, the ConsTrack app is a tool that cuts through the controversy on constituency projects by disrupting corruption and opacity associated with the scheme in a manner that engenders policy reforms along the lines of transparency, accountability and inclusiveness. It is expected that as citizens sustain interrogations of their lawmakers on the projects, those concerned will be forced in no time to not only respond but step up to seek the inputs of their constituents in the choice and design and even implementation.

Speaking on the ConsTrack app innovation, Oke Epia, the Executive Director of OrderPaper, noted that the intervention is intended to raise the bar of citizens’ engagement with government in a manner anchored on informed perspectives and verified data. He said: “The app was designed and developed to appropriately channel the appetite of citizens to engage with government, especially elected officials in the legislature. We see that there has been a lot of allegations on corruption, name-calling and lack of inclusiveness in public projects generally and we think it is better to provide Nigerians a tool in their hands that can gives them all the relevant information and indices to make the right calls on members of the National Assembly with respect to constituency projects.

So the ConsTrack app is loaded with validated and verified data on the projects such that constituents know how much was budgeted for the projects, how much money was released, the ministry, department or agency of government saddled with the responsibility of implementation, the level of work done and we also go the extra mile of seeking responses from legislators to provide a balanced outlook for factual judgments to be made. But a very important and defining feature of the ConsTrack app is that citizens are turned into ombudsmen who have become empowered to oversight the projects directly and input their findings and feedback directly.” Epia called on Nigerians to take advantage of the app which enables them to move from the realm of lamentations and agonizing to organizing based on the trove of factual judgments made, stressing that “as the 2019 elections approach, this is one app every Nigerian who cares about who represent them in the legislature should have in their phones, tablets and other mobile devices.” He expressed appreciation to the United States Agency for International Development (USAID) for providing OrderPaper the support through the Strengthening Advocacy and Civic Engagement (SACE) project to develop the ConsTrack app at a pilot phase.

As citizens engage and measure the performance of their elected representatives through the ConsTrack app, it is expected that the governance landscape in Nigeria will change for the better especially with respect to transparency, accountability and participatory democracy. Like Mr. Epia said: “We now have a most potent tool in our hands as citizens to change the narrative on public projects and indeed citizens-government relations in Nigeria. The first step is to download the app, get informed and start engaging. The days of our elected representatives taking constituents for a ride are now numbered.”