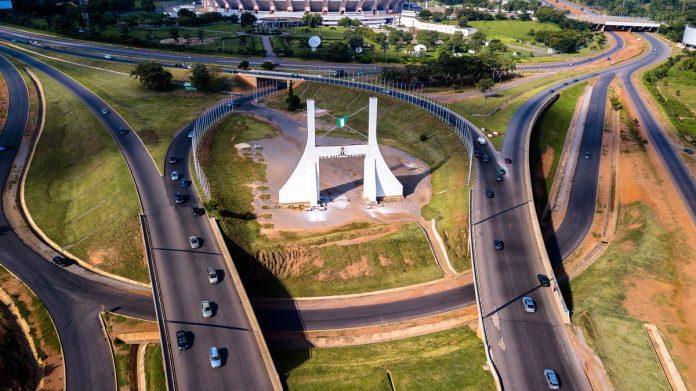 By Kasim Sumaina in Abuja
The federal government yesterday said that preliminary investigation revealed that the ground shaking experienced by the inhabitants of Mpape, Abuja and environs on the 5th of September, was due to long quarrying activities in the area, which involve intense blasting that led to stress accumulation.
THISDAY gathered that to forestall any eventualities, the federal government, through the Minister of Mines and Steel Development, has directed the suspension of all blasting activities in and around the affected areas till the completion of investigation.
The federal government while assuring residents of the Federal Capital Territory (FCT) Abuja of their safety said there was no cause for alarm.
The experience, according to reports, had left many fearing for possible earthquake within the area.
The Nigerian Geological Survey Agency (NGSA), however, advised that the inhabitant of Mpape and the general public should not panic as the situation was not yet out of control.
The Director-General, Nigerian Geological Survey Agency (NGSA), Alex Nwegbu, while briefing the press in Abuja on the incident, said that the agency had dispatched a team of geologists and geophysicists on a fact finding mission.
According to him, “From the account of people interviewed by the NGSA team as well as the reconnaissance survey carried out by the team, the following findings have been ascertained:
“The vibration started around 2.30pm on 5th September, 2018 which lasted about a second but reoccurred 3 hours later around 5.30pm. The vibration was again felt around 8.00pm which lasted for about 10 seconds.
“The intensity of the tremor is estimated to be between 3 and 3.5 on the Modified Mercalli scale since the investigating team did not observe any visible damage such as cracks, shattering on windows or colouration in ground water.”
He revealed that the possible causes suggest that the NE-SW, NW-SE conjugate sets of strike-slip faults must have played a critical role in the generation of the tremors.
Nwegbu explained that the faults were also suspected to be related to the ‘Chain’ transcurrent ocean fracture system. They are suspected to be part of the ‘Ife Wara’ fault traceable to Zungeru and even to Niger Republic.
“The assumed epicentre (Mpape) lies at the boundary between Abuja and Gitata topographic Sheets (186 and 187). The geology of the area is largely dominated by migmatite gneiss complex making contact with schist belt units belonging to the Birnin-Gwari and Karu Schist Belt and plutons of Pan-African granitoids in the northwest portion of the map sheet.”
Nwegbu noted that analysis of regional airborne geophysical data had identified the area to have undergone series of tectonic activities leading to structural emplacement.
He added: “Some of these structures are deeply seated, broad and extensive and could serve as good channels for stress dissipation. For instance, an extensive NE-SW trending lineament running through Kachia, Kagarko in Kaduna State, linking Karu, Karshi in Nasarawa State is clearly distinguishable on the first vertical derivative data of area around Mpape. Verifiable evidence relating this regional structure and the assumed epicentre (Mpape) is yet to be established.
“The accumulated stress was then released as seismic energy triggering the ground shake. The stress may have travelled through secondary fractures to other areas where the tremor was experienced such as Gwarinpa and adjoining areas.”
Continuing, he disclosed that earthquakes tend to be concentrated in particular zones, which coincide with the boundaries of the tectonic plates into which the earth is divided, adding that such boundaries may either be spreading zones, transform faults or subduction zones.
According to him, it was erroneous to think that the countries or zones that were not contiguous with plate boundaries were aseismic.
“The Federal government has recently procured six earthquake monitoring seismograms to enable proper monitoring of all ground disturbances. The process of installations of the seismograms has since begun in six geological zones of the country.
“The Agency shall keep a close monitoring team for the next 48 hours within which arrangement ought to have been concluded for a detailed survey in the area involving reflection seismic and gravity measurement to fully unravel immediate and remote causes of the tremor.”
In related development, the ministry of Mines and Steel Development, said that it had received a report of spontaneous burning of coal seam in Otolo, Nnewi, in Anambra State.
The ministry, in a statement by the Media Aide to the Minister, Ishaku Kigbu, stated that “a team of experts also visited the site with a view to bringing the situation under control as soon as possible.