The set theory is a commonsensical heritage of Arithmetic. By defining a selection from a universe as a set, it makes value judgments that could relate to the mass. The Economist Intelligence Unit, the research arm of the highly prestigious Economist newsmagazine experiments with the set theory every year. To execute its livability survey, it selects 140 cities out of millions of cities across the world. This means a set of 140 cities out of one million plus universe of cities.

That a city qualifies to be among this chosen few is a loud announcement of its arrival in the league of international destinations of commerce, industry and tourism. It means it is being benchmarked in its region as the most important place people are likely to visit and companies are likely to open shop in that region. That is the positive message for Lagos: that its struggle to modernise its infrastructures and services has attracted the attention of the international players so much that is has been recommended for this study.

Curious to know why and how Lagos got into the select group of 140 cities, I sent a tweet to Roxanna Slavcheva, the Head of the City Practices Unit of the EIU, who put together the research. Her reply: “To answer your question simply, the inclusion of Lagos in the survey was motivated by client demand. Currently, we have a fixed list of cities that we conduct the livability survey for. The ranking is globally focused on business centres around the world. That is why our survey is global and seeks to quantify tangible challenges to lifestyle according to the same set of criteria across all 140 locations.”

The livability report is an advisory data motivated by the need to give multinational companies seeking to send their staff to locations across the world a guide on what to pay them while there. How does the rating work? Read the EIU: “The concept of livability is simple: it assesses which locations around the world provide the best or the worst living conditions. Assessing livability has a broad range of uses, from benchmarking perceptions of development levels to assigning a hardship allowance as part of expatriate relocation packages. The Economist Intelligence Unit’s livability rating quantifies the challenges that might be presented to an individual’s lifestyle in any given location, and allows for direct comparison between locations.

Every city is assigned a rating of relative comfort for over 30 qualitative and quantitative factors across five broad categories: stability; healthcare; culture and environment; education; and infrastructure. Each factor in each city is rated as acceptable, tolerable, uncomfortable, undesirable or intolerable. For qualitative indicators, a rating is awarded based on the judgment of in–house analysts and in–city contributors. For quantitative indicators, a rating is calculated based on the relative performance of a number of external data points.

The scores are then compiled and weighted to provide a score of 1–100, where 1 is considered intolerable and 100 is considered ideal. The livability rating is provided both as an overall score and as a score for each category. To provide points of reference, the score is also given for each category relative to New York and an overall position in the ranking of 140 cities is provided.”

The EIU, a private research consultancy, did not survey all the cities in the world. Rather, it looked at locations “around” the world. Therefore, it couldn’t have reported on an assignment it did not undertake. It chose 140 cities across regions and ranked them based on its livability indicators such as social stability, healthcare, culture, environment, education and infrastructures. This report is an annual research product or book sold to countries, companies and individuals. In marketing the report to attract the patronage of this global clientele, the EIU put a nice spin on it by branding it as a “world” report.

That is not the problem. The problem is that the media gullibly swallowed it hook, line and sinker and misrepresented a survey of 140 cities as a survey of the world’s millions of cities. This hasty generalisation is logically fallacious and calls to question the failure of rigour among the gatekeepers who are responsible for interrogating information disseminated by a company in a bid to sell its product before uploading for public consumption.

It is more depressing that no controversy over the indices used is trending on Facebook, blogs and twitter handles of the country’s commentarial. For instance, this report uses New York, United States as its reference city. To demonstrate the contradictions of this modernisation model which has been criticised by Third World scholars such as Samir Amir, Bade Onimode and others, resource mobilisation influences the provision of infrastructures and services by cities. Considering prudent management as a constant factor between Lagos and New York, the massive difference in the resources available to both cities already shows which lags behind the others. In 2017, New York City Council budgeted $82.2 billion (N29.5 trillion). Same year, Lagos budgeted N813 billion, about $2.3 billion.

Or consider population. With hourly migrant figure of 186 persons, Lagos chokes under a population weight of 22 million people. New York’s most current census of 2015 puts its population at 8, 556, 405. Let us add the increase over the years generously to estimate as 10 million today. Matching both resource and the population for both cities, we can see where the pendulum swings. Vienna, the best of the report’s 140 countries, spent 4 million US dollars to service its population of 1,800,000 residents in 2017.

The failure to critically review the report from the perspective of economic development and appreciate the location of each of these cities in the international system of trade and development is a recent handicap of Nigeria’s media scholarship. It is indeed surprising that few, if any has bothered to read the report .The drawbacks in Lagos’ strive to catch up with the world such as the neglect it has suffered since the movement of the federal capital to Abuja and the denial of resources needed for its development due to its political distance from the party controlling the federal government for 16 years of the current democratic dispensation are well known. Today, 37 of the 57 local authorities of Lagos State still demand and deserve federal allocation.

Despite these challenges, the reality is that Lagos is not resting on its oars. With the bold and daring push of its helmsmen-Bola Tinubu and Raji Fashola- since the resumption of democratic rule, the megacity has been experiencing transformation in all spheres and playing catch up with centuries –old metropoles. This momentum has been scaled up in the last three years under Governor Akinwunmi Ambode with the massive investment in infrastructures earning the city the description of “a huge construction site”.

Lagos not only means business, it is reforming its processes digitally and humanly to set up shop as the most desirable destination for commerce, industry and tourism. The emerging landscape of the 10-lane Murtala Muhammed Airport Road, Oshodi Transportation Interchange, the JK Randle Cultural Centre, the development of waterways and rail infrastructures, Oshodi-Abule-Egba Bus Rapid Transport route and first DNA centre in West Africa gradually rises into view.

But it is not all about brick and mortar. More powerful testimonies are being recorded in entrepreneurship as billions of credit to small and medium scale businesses through the Lagos State Employment Trust Fund drive the jobless from the streets to factories. The deployment of massive security personnel and equipment, including CCTV technology and street lights elongate the city’s business into the wee hours of the morning. Social inclusion policies have brought the disabled, the youth and the women closer to public resources. Town hall meetings have shown an administration committed to good governance and transparency. These have contributed to the resilience that was globally acknowledged last year.

Ranking 138th among business locations across the world is the recognition that Lagos has left behind millions of many other cities, including the federal capital, Abuja, to be among the 140 demanded by businessmen. And that is enough reason to conclude that the allegedly worst city among the world’s best 140 is, indeed, better than the rest.

*Bamigbetan is Lagos State Commissioner for Information and Strategy

That a city qualifies to be among this chosen few is a loud announcement of its arrival in the league of international destinations of commerce, industry and tourism. It means it is being benchmarked in its region as the most important place people are likely to visit and companies are likely to open shop in that region. That is the positive message for Lagos 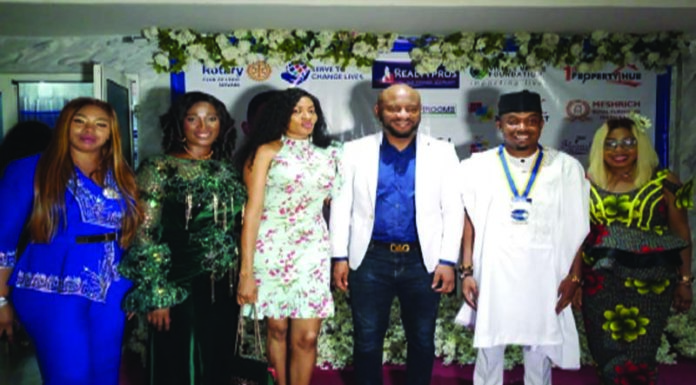