Today, family, friends and associates of Olorogun (Dr.) Oskar Christopher Eyovbirere Ibru, will roll out the drums to celebrate his attainment of the age 60.  It is necessary to declare an interest.  I am a great admirer of Oskar Ibru and staff of Ibru Organisation for a period spanning close to four decades.

My association with him over the years is one I treasured jealously. It’s not only that Ibru deepens one’s understanding of the world, of its problems and possibilities, but that he is always such a good man to be around. No one that I have come across could be more fun than him, no one more appealing, with those impulses of gentleness and intellect so intermingle in his vivid personality. He values friendship with precision and truth.

I first met Otunba Ibru in his late father’s office sometimes in 1983, while working as one of the Confidential Secretaries to Olorogun Michael Ibru. Chief reassigned me to Mr. Peter Ibru initially, but somehow ended working for the three brothers (Oskar, Peter and Emmanuel) until I finally got stucked with Oskar. He became not only a Boss, but also a big brother, a confidant, somebody I can trust, and somebody I can relate with, more or less. May be because of the affection that he had for me ab initio, he also treats me like a member of the admirable Ibru Family.

His care for family is second to none.  He incised to his amiable and lovely wife, Chief (Mrs) Wanda Ibru, the Oyinbo Karo of Olomu Kingdom and Yeye Boyejo of Ijebu Land. Otunba is blessed with three Children; Makashe(now Mrs. Makashe Awogboro, Ebruba and Nenesi.  The presence of his grandchildren gives him unquantifiable upliftment at his low times

His titles are unending, I will in the course of this article interchangeably use some of his titles but very few such as: Ochuko ro’ vie, Odomese, Otunba Boyejo, Ori-Ekirode and Erhurhu.  Some of the Awards conferred on him for service to state, Nigeria and humanity globally include but not limited to Award of Excellence by Rotary International District 9110 (2002); Niger Delta Role Model Award by Niger Delta Union (2003), African Role Model Leadership Gold Award for Excellence (2004); Maritime Award – the Best Private Jetty Operator (2005), Pan African Ethnics Golden Award for Inspirational Leadership (2006); Nigeria Chamber of Shipping – Maritime Personality of the year 2006; Award of Excellence conferred by the Young Men Christian Association (YMCA) 2008 to mention just a few

Olorogun’s attitude to life is that the river of time carries us all away. He’s fund of admonishing us that:”All we have is the moment, and we all do better when we help each other. We must be a gift to people. When your hand is open to give, it’s also open to receive. My father was a very humble fisherman. I never saw him talk down on anyone. He had the ultimate respect for everyone. I grew up learning that.

The Otunba Boyejo of Ijebuland was raised to focus on the inner qualities of people, not the way they dress or the titles they hold. He is something like a phenomenon, an exceptionally, uncommon humble person. OCJ as he is fondly call, has managed to educate those of us who are fortunate to be close to him, that any and all things are possible when you believe in yourself.

The grandson of a nomadic Anglican Cleric, Erhurhu is very family-oriented. For him, he who is not well grounded in his own culture is assuredly lost. As the Executive Vice Chairman/CEO of Ibru Organisation, OCJ is one-of-a-kind: influential, attractive, intelligent, charming and tough. He’s what the late Winston Churchill called “a riddle wrapped in a mystery inside an enigma”

Erhurhu could go head to head with anybody. You just really don’t want to think that you have a fool on your hands when you go to him. He could handle himself against anybody, I don’t care who you think you are. He has first class memory most especially when it comes to money matters and dates keeping.

The Otunba Boyejo once told me that as a teenager living on Mashalashi Street, Somolu, Lagos, he was involved in the marketing of frozen fish. “I was groomed from the beginning to get involved in the family’s business. At 16, I took my first job. Just like my father, I got up at 3.00 in the morning to go to the market to sell fish.

Back in the early 1990’s, the Federal Government’s Structural Adjustment Program (SAP), the ever unreliable power supply and inconsistencies in government foreign exchange policy were having negative effects on the operations of the Organisation’s cash cow: the frozen fish when he took over. Today, he has turned around the fortunes of the country’s first indigenous multinational Group for good. The vast once empty cold storage facilities that formerly warehoused fish at Ibafon, Apapa, Lagos was the first thing that caught his attention. This has become the veritable platform which 13 major and independent oil marketers use in importing refined petroleum products into the country. Thus, stabilizing petroleum distributions in Nigeria.  Vast investments in Ghana in arrears of Hotel and Tourism

Odomese, the first non-Ijebu person to be honoured with a traditional title by the Awujale of Ijebu Land, once told the FINANCIAL TIMES that he got his business acumen from his paternal grandmother, the late Madam Juliet Omotogor Ibru (Mama Somolu), “Mama was the original founder of the family’s business, She incidentally tutored Chief Michael Ibru, Chief Ibru business empire spans agriculture, real estate, maritime, publishing, aviation, oil & gas, construction, brewery and distilling etc. Mama gave us her looks, her motivation; even today she stills bind us together. We are like a stack of broomsticks. If there is just one broomstick, it’s easier to break. But we are a whole lot of broomsticks learning on each other, backing each other up. That’s what makes us strong.

To describe him as an enigma, would not be an over statement.  Just like his father tried to contest for the governorship of the then Bendel State in 1983, Olorogun Ibru also aspired to be Governor of Delta State on the platform of the Peoples Democratic Party (PDP), in 2007 in his quest to bring good governance and rapid development to people of Delta State. As he embarked on a campaign tour of Ovwor town, near Ughelli, He’s convoy came across some children apparently coming back from the farm. On sighting his convoy, they went into frenzy, Jumping up and down screaming Oskar! Oskar!! Oskar!!! “Our Governor don come” Until his convoy went out of sight.

It is characteristics of him that he likes to have around him in his moment of relaxation those with whom he works. And the atmosphere of his service is that you are working with him, not for him. Oscar has a tender mind, great expectations, with a kind heart. He’s a hard worker and expects everyone to work hard like he does.

He has compassion for people who works for him, and he knows everyone at IBRU by name – from the gatemen to the directors.  A man of high integrity, his word is his bond. Like his remarkable father and uncles, Otunba has continued to stay within the boundaries of integrity and dignity. The Ibru brothers carried themselves with civility even at the height of their pomp and power.

A philanthropist that gives quietly, he has given millions to the needy, vulnerable, terminally ill and the poor. His strength comes from his ability to empower young people like the hundreds he has helped to acquire university education.  This writer is one of the numerous beneficiaries.

You need to see him fret over the welfare of those close to him to understand that no father could be more solicitous of the personnel and family welfare of those in his circle. No one works harder – and no one makes you feel like working hard yourself – and no one knows better the proper proportions in which relaxation and laughter must be mixed with all well-balanced work. To him, work is like workshop. “You work, you chop”; “You chop you work” Olorogun Ibru is a technocrat, bureaucrat and a generalist who combines business with pleasure.

Also, He embraced the family tradition and went to the famous Igbobi College, Yaba, Lagos, for his secondary education before proceeding to the Skidmore College, Saragota, New York for his First degree. He later attended Atlanta University Graduate School of Business Administration for his Master’s Degree.

Ibru was the first African Commodore of the Apapa Boat Club, One time Director, Voice of Nigeria; he once was the President of the Governing Council of the Nigerian Chamber of Shipping  and was the 2006 Maritime Personality of the Year. The Ochuko Ovie of Agbara-Otor and Odomese of Olomu kingdom loves the simple things. He could make either a king or a commoner feel at ease in his presence.

A great sportsman, a most valuable player at Skidmore College. He loves playing table and long tennis, takes delight in swimming for relaxation.  At 60, Olorogun Oskar Ibru keeps on shooting ….  the sky is not a limitation. 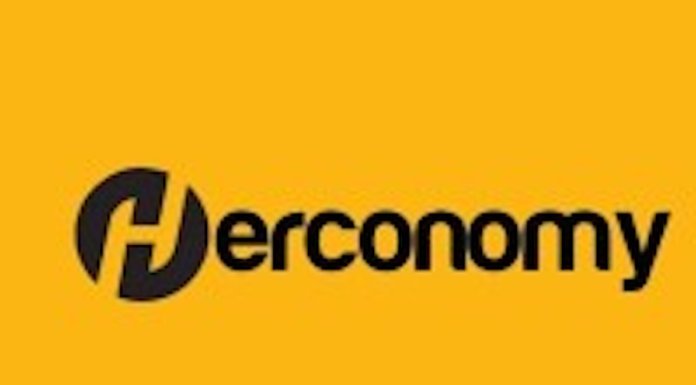