A 29-year-old man, Abdullahi Abubakar, has violated the sanctity of the church when he raped an 11-year-old girl behind an orthodox church in Minna, Niger State.

Abdullahi raped the teenager three times at the same spot and blamed his action on the “devil”.

The suspect was arrested after raping the girl for the third time and was paraded before newsmen at the police headquarters last weekend.

Abubakar confessed to commiting the crime, saying he did not know what came upon him.

He however said: “I love the girl that is why I have sex with her.”

“I love the small girl, she is so beautiful that I can’t let her go without making love to her as she always submit to me and I have been making love to her at least I have done it for more than three times,” Abubakar, who said he was not married, confessed

In the same vein, one 25-year-old Bello Muhe was also arrested by the police for allegedly killing his wife, Husse Ali.

The suspect, according to the police,
killed his wife for disobeying him.

The Police Public Relations Officer, DSP Muhammad Abubakar, said the suspects would be charged to court after the completion of investigations into the crimes. 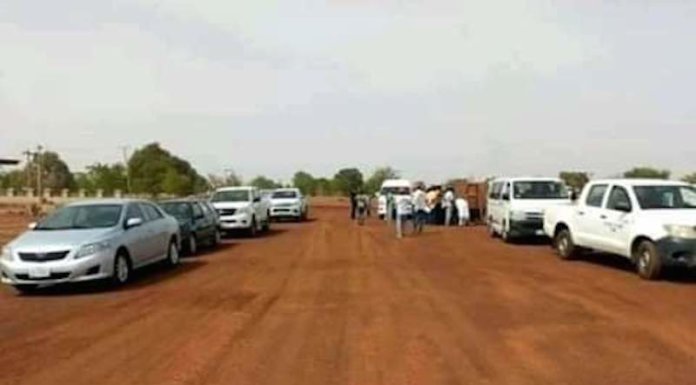