The Executive Secretary of the National Sugar Development Council (NSDC), Dr. Latif Busari, has said that the federal government is deeply concerned by the amount of foreign exchange that Nigeria loses to sugar importation which ranges from $450- $600 million annually.

He however, restated the Councilâ€™s determination to deploy available resources to ensure that Nigeria progressively reduces its level of sugar importation and attains self-sufficiency in sugar production which is one of the core mandates of the NSDC.

He said though this amount pales into insignificance when compared with the foreign exchange lost to the importation of items like refined petroleum products, wheat and other consumables annually, it is still worrisome to government.

In a statement sent to THISDAY yesterday, he said one of such bold steps taken to achieve this objective was the design and implementation of a policy roadmap for the entire sugar industry titled the Nigeria Sugar Master Plan (NSMP) which is currently in its fifth year of implementation.

He added that government is committed to building a viable sugar industry that would be of benefit to all interested parties. This he said would be achieved through a faithful implementation of the NSMP that is designed to make Nigeria achieve self-sufficiency in its sugar requirements and drastically reduce sugar importation, thereby also reducing the drain on our foreign exchange.

Speaking on efforts to create an enabling and business friendly environment to ensure private sector participation in the sugar sector, Busari said government is constantly engaging investors to offer both technical and administrative supports that would propel them to success.

â€œFor instance, we saw the need to intervene in the case of Sunti Golden Sugar Estate when it suffered severe losses owing to flooding for three years consecutively. We stood by them and offered technical and administrative assistance to ensure that flood protection dykes will be constructed to mitigate a re-occurrence. I am glad to tell you that the said multi-billion sugar project is on and running as we speakâ€.

He said the Council has put in place some measures that would help in handling some peculiar industry challenges like lack of access to land, community hostilities, flooding, economic uncertainties as well as huge debt burden arising from losses. He noted that the Council has thought it necessary to hold town hall meetings to resolve land disputes involving sugar investors and host communities.

He maintained that members of communities hosting sugar projects should always adopt a solution-approach in their engagements with owners of sugar projects instead of resorting to self-help which often worsens the issue.

While appealing to governments, especially state and local governments to evolve more programmes that would address the basic needs of the masses, he said inability of government to provide basic infrastructure for the people accounts for constant agitation by communities for the provision of such infrastructure by sugar companies. He also enjoined sugar investors to also invest more in social amenities as part of their corporate social responsibility within the areas of their operations.

On efforts aimed at checking smuggling of sugar into the country, he said the â€œCouncil has advised the sugar refineries to consider a downward review of sugar prices so as to sustain the patronage of local consumers and discourage smugglingâ€.

Also engaging the attention of the NSDC is the plans to revive the nationâ€™s pioneer sugar company, Nigeria Sugar Company (NISUCO) located in Edu Local Government Area of Kwara State. He said when the company becomes operational it will provide jobs for all categories of Nigerians. He said the Hon. Minister of Industry, Trade and Investment and NSDC Governing Board have been fully briefed and are equally keen on resuscitating the old estate.

â€œThe NSDC is very much interested in seeing that the old NISUCO is revived and becomes operational. We are holding talks with relevant stakeholders to quickly revive the company and make it commercially viable. There are a lot of job opportunities in NISUCO, which will continue to elude us as long as the estate remains comatoseâ€.

He however, expressed hope that, given the level of commitment shown by the current administration especially in the sugar sector, most of the projected goals contained in the NSMP shall be substantially achieved.

He appealed to relevant government agencies, especially the Nigeria Customs Service to redouble their efforts in order to ensure that economic saboteurs are checkmated in their multi-pronged attempts to make governmentâ€™s well-intentioned policies and programmes. 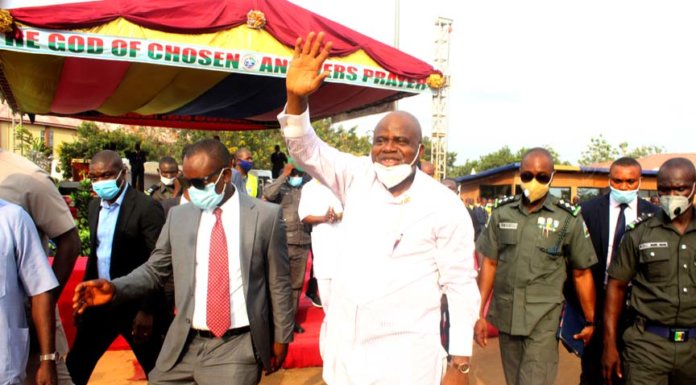