Ejesieme said the three suspects that were arrested in connection with the consignments; the vehicle and the ammunition are currently detained at the enforcement unit pending further investigation.

According to him, the first incident, which happened at the Terminal â€™Câ€™ II (Ports & Cargo), involved 1 x 40ft container No. TGHU 60143419, which on scheduled examination was found to contain live ammunition and Jack Knife.
According to him, â€œFollowing this discovery, the Customs Area Controller of the command, Comptroller Musa Baba Abdullahi, directed the transfer of the suspicious container to the Enforcement Unit, where it was examined and found to contain 150 rounds of live Ammunition and 28 pieces of various sizes of Jack Knives. These items contravenes schedule 4 Absolute Import Prohibition List item 17 of the Common External Tariff and Section 46 of the Customs and Excise Management Act Cap C45 LFN 2004.â€

On the second operation, he said: â€œThe command during routine operations, while vehicles were being discharged from Vessel MV Glovis Courage Voyage NO. 036, at 0330hrs of July 10, 2018, at Five Star Logistics Terminal, a black bag was found in one unpacked ford edge with Chassis No. 2FMDK48C98BA05947â€.

The NCs had recently discovered a container laden with 440 guns of various sizes and designs, five months after it seized over 661 pump action rifles at the command.

Assistant Comptroller General of Customs, Monday Abuse who addressed journalists while displaying some of the rifles, said the offensive cargo was shipped into Nigeria from Turkey.

Abueh who refused to name the importer for security reasons, said a suspect had been arrested in connection with the importation of the arms.

According to the Assistant Comptroller of Customs, the consignment was declared as POP cement to cover up the illicit import.

He explained that the container with number : PONU 210024 was picked up based on intelligence stressing that investigation into how and who is behind the import is ongoing.

Specifically, he said, â€œRight in my hand is a sample of pump action which has various designs. Based on intelligence report, this command identified the container and the container was intercepted even before declarationâ€.

â€œOn opening the container, we discovered that they used Plaster of Paris (PoP) powder to conceal the importation but based on intelligence report we were able to know that the container was laden with arm. The particularsâ€™ of the consignee is still being kept under wraps for security reason.â€

The ACG commended the command for the seizure and their contribution to the success of the leadership of the service.

editor - September 30, 2020 3:23 am
44
There is hardly any country in which nation-building is a finished business. To build a nation its people under a leadership with a sense of... 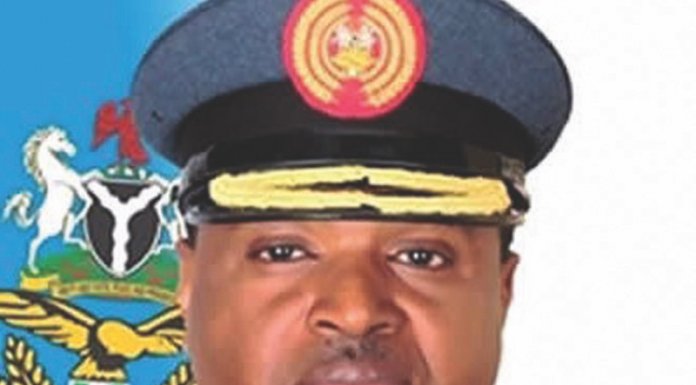