* Commissioner: I’m not aware of the project

The multi-million naira water project established by the administration of former governor of Katsina State, Ibrahim Shehu Shema, to cater for the residents of Kurfi Local Government has been abandoned by the present administration of Governor Aminu Bello Masari for about three years.

The water scheme, which has 28 water supply tanks situated at the Kurfi Local Government Secretariat, according to government officials who pleaded anonymity, gulped over N4 million.

It was gathered that the water scheme is expected to supply water to the people of the area including some neighbouring communities, considering the fact that the communities still battle with scarcity of water while some don’t even have access to the precious commodity till date.

When THISDAY visited the site of the abandoned project, it was observed that the tanks and pipes now rot away in a shed erected five years ago.

However, some residents who spoke to THISDAY on Monday, called on the state government to come to their aid by renovating the abandoned water project.

A resident of the area, Muhammadu Kurfi, appealed to Governor Masari to urgently facilitate the renovation of the abandoned water project to enable the people of the area have access to potable drinking water.

He said: â€œWe are appealing to the present administration to do the needful so that the abandoned water project can function. The project if renovated would address water challenges facing residents of this local government.”

Also, Iliya Garba, a resident of Gidan-Mallam, a community in Kurfi, described the challenge of not having drinking water by people in the area as pitiable and called on the appropriate authorities to intervene.

Garba said the only source of water in the area is a stream flowing in the community, which was not hygienic for consumption, stressing that the only way to touch the lives of people in any community is by providing social infrastructure and development.

According to him, â€œWe go to river to fetch water which is unhygienic. So we are appealing to the government to renovate the abandoned water project in Kurfi so that we can have potable water.â€™â€™

Another resident of the area, Hajiya Asebe Maigoro, said that the residents of the area have been neglected.

Maigoro reaffirmed that the communities had not benefitted much from the government as they still sourced water from questionable sources and vendors at the rate of â€œN300 and N350â€ respectively.

She, however, called on Governor Masari to fulfil his campaign promises by providing adequate infrastructure for the people in the area.

When contacted for comments, the state Commissioner for Water Resources, Alhaji Salisu Dandume, denied any knowledge of the project and directed THISDAY to come back on Wednesday for briefing.

He said: â€œI am not aware of the abandoned water project in Kurfi, but I will carry out my investigation on the matter between today (Monday) and Tuesday. I advised that you come back on Wednesday by 2 pm for further information.â€ 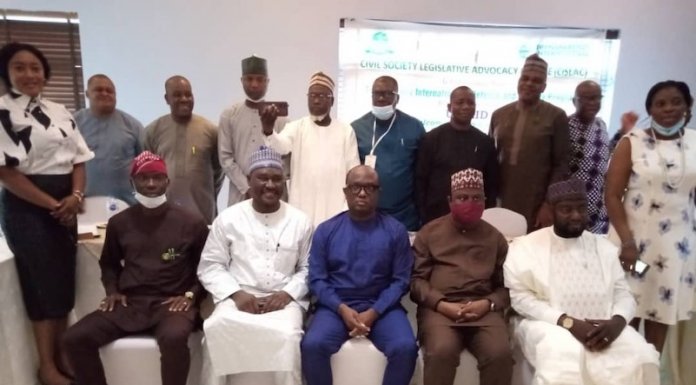 Advocating for Accountability in the Defence Sector