The Amnesty Office has denied a media report that the federal government abandoned 19 Â postgraduate students Â purported to be on scholarship under the Presidential Amnesty Programme (PAP) and currently in their final year at the Peopleâ€™s Friendship University of Russia.

A statement issued by Murphy Ganagana, the Special Assistant (Media) to the Special Adviser to the President on Niger Delta/Coordinator, PAP, Prof. Charles Dokubo, said the attention of the Amnesty Office had been drawn to a newspaper report, Â captioned: â€œWeâ€™ve Been Abandoned in Russia, Nigerian Students Lament.â€

According to the statement, the said report purportedly emanated from a statement issued by one Abilo Franz, â€œwho claimed to be leader of 19 postgraduate students granted scholarship by the Presidential Amnesty Programme currently in their final year at the Peopleâ€™s Friendship University of Russia, but allegedly abandoned by the federal government.â€

Describing the claim as not reflecting Â the true picture of the situation, â€œbut a mischievous misrepresentation of facts concocted to blackmail the Amnesty Office to take responsibility for an obligation it does not owe them,â€ the statement said the Amnesty Office originally sponsored 50 students to the Peopleâ€™s Friendship University, Moscow, mainly forÂ Bachelors degree programmesÂ in March 2011.

It added that â€œby June 2016, 24 students were left and 21 among them duly completed and graduated with good grades, for which they were congratulated by the Amnesty Office for their sterling performance.â€

Continuing, the statement noted that on August 8, 2016, the Amnesty Office formally communicated them via a letter, notifying them that upon the completion of their graduation ceremonies in June 2016, payment of their tuition fees and allowances had ceased with the payment of June/July In-Training Allowances (ITA).

â€œThey were requested to inform the Office of the Special Adviser within ten (10) days of receipt of the letter, the exact date they intended to return to Nigeria, in order to facilitate the issuance of their flight tickets.Â

Instead of complying with the directive to return home after the successful completion of the Bachelorâ€™s degree programmes for which their sponsorship strictly covered, the affected students opted to proceed on postgraduate programmes on their own volition, thereby making financial commitments to the institution in their private capacity, perhaps, with the hope of assistance from the Amnesty Office.

â€œThat was the situation until May 11, 2018, when they sent an appeal for support via e-mail to the incumbent Special Adviser to the President on Niger Delta and Coordinator, Presidential Amnesty Programme, Prof. Dokubo, through the Head, Offshore Education of the Amnesty Office.

â€œIt is therefore uncharitable, baseless and unfair for the 19 Nigerian students at the Peopleâ€™s Friendship University, Moscow, who had graduated from their Bachelors Degree programmes for which they were sponsored by the Presidential Amnesty Programme, and were not granted scholarship for postgraduate studies, to allege abandonment by the Amnesty Office, and by extension, the Federal Government of Nigeria in the Vanguard Newspaper edition of Friday, May 18, 2018.Â Â

He added: â€œWhile the affected students are at liberty to appeal to the Special Adviser on Niger Delta and Coordinator of PAP for assistance in pursuit of their educational ambition, such should not translate to a demand or tool for blackmail.

â€œTheir claim to being granted verbal approval of sponsorship by General Boroh, former Special Adviser to the President on Niger Delta to continue their postgraduate programmes is unfounded, since public funds are not spent by mere verbal pronouncements. We urge them to show proof of any formal commitment or approval on scholarship grant by the Amnesty Office for their postgraduate studies.

â€œThis clarification has become necessary in view of the wrong impression the Vanguard publication might have created in the minds of undiscerning members of the Nigerian public and the international community,â€ the statement added. 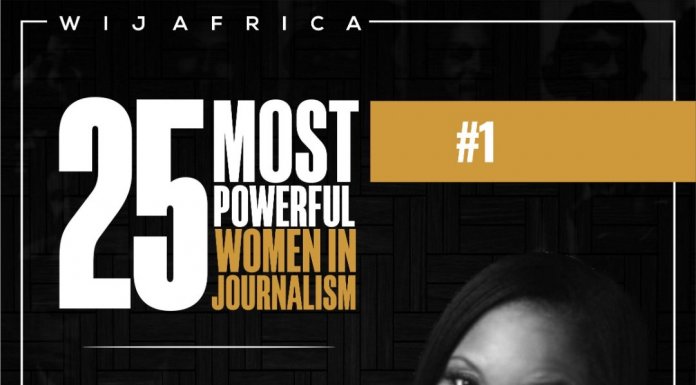