By Obinna Chima in Lagos andÂ Alex Enumah in Abuja

The Apex Court gave the order after it dismissed Akingbola’s appeal challenging the decision of the Court of Appeal for lacking merit.

Akingbolaâ€™s trial was prematurely terminated in April 2012 by Justice Charles Archibong, whose decision in the case later earned him a compulsory retirement from the bench.

Delivering judgment on the appeal, the five-man panel of the Supreme Court led by Justice Tanko Muhammad unanimously affirmed the February 20, 2015, judgment of the Court of Appeal in Lagos which had overturned the Federal High Courtâ€™s decision striking out the charges.

The court accordingly ordered that the case be remitted to the Federal High Court and handled by another judge in the Lagos Division.

Justice Sidi Bage, who read the lead judgment of the apex court also ordered that the case be given accelerated hearing.

Recall that Justice Archibong (now retired) had in a judgment delivered on April 2, 2012 struck out the 26 counts contained in a charge numbered FHC/L/443C/2013 filed by the Economic and Financial Crimes Commission against Akingbola.

Justice Archibong in striking out the suit held that the prosecution was not diligent in the handling of the case.

He had described the EFCC prosecution team as a drain in the public purse and directed the Attorney-General of the Federation to disband the team.

Based on the manner he handled the matter, he was compulsory retired by the National Judicial Council.

A statement from AMCON explained that the Senator had been having a running battle with corporation over her inability to settle her debt of nearly N20 billion.Â

It explained that AMCON had purchased the Eligible Bank Assets (EBAs) of Sea Petroleum & Gas Limited from Union Bank Plc sometime in 2012.Â

“But despite the overtures and genuine efforts made by AMCON to reach an amicable settlement, the Senator and her co-promoters have remained recalcitrant.

“Having exhausted all avenues of peaceful resolution of the humongous debt, AMCON had no other choice than to refer the matter to court.Â

According to the statement, the court also ordered the freezing of the funds of Sea Petroleum & Gas Limited and its affiliated companies and principal promoters held anywhere by any entity or persons in Nigeria and authorised AMCON and its Receiver, Moyosore Jubril Onigbanjo to take over all assets pledged as collateral for the facility by Sea Petroleum Oil & Gas Limited.Â

In compliance with the order of the court, AMCON through its Receiver, Moyosore Jubril Onigbanjo, SAN, at aboutÂ 11:00amÂ on Friday May 18, 2018, simultaneously took possession of the assets of Sea Petroleum & Gas Limited and its affiliated companies.Â

“The Court in granting the injunction ordered the Inspector General of Police, Assistant Inspectors General of Police, and the Commissioner of Police in charge of Lagos State, their deputies and all other police officers under them to assist Moyosore Jubril Onigbanjo, SAN, the Receiver and the Bailiffs of the Federal High Court in the enforcement of the orders,” it added.Â

The statement pointed out that AMCON under Ahmed Kuru, its Managing Director/Chief Executive Officer has maintained that there will be no sacred cows in its bid to recover the huge debts in the hands of a few Nigerians.

A statement from the Bankâ€™s Acting Director, Corporate Communications Department, Mr. Isaac Okorafor, confirming the figures, indicated that the sum, as in previous interventions, were in favour of interests in the agricultural, airlines, petroleum products, raw materials and machinery sectors.

He explained that the CBN would continue to ensure liquidity in the interbank sector of the market as well as sustain its interventions in order to drive economic growth and guarantee market stability.

Meanwhile, the naira remained stable and exchanged for N361/$1 in the BDC segment of the market yesterday. 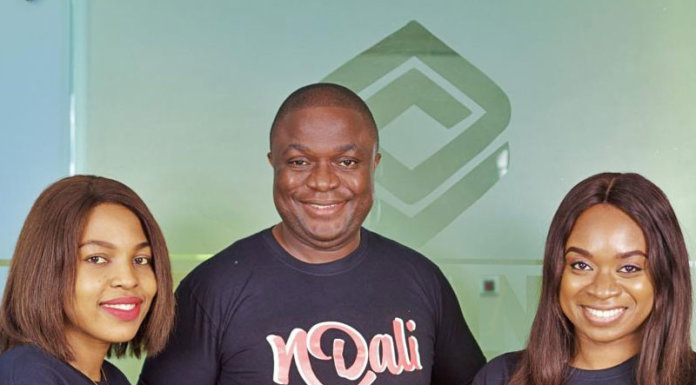