The crisis rocking the leadership of the apex Igbo socio-cultural organisation, Ohanaeze Ndigbo deepened wednesday as the Youth Wing announced the emergence of a new President General for the parent body.

The group also reaffirmed the sacking of Chief Nnia Nwodo and replaced him with Prince Richard Ozobu.

In a statement signed by Okechukwu Isiguzoro, President; Okwu Nnabuike, Secretary and Achuonye Obinna, Vice President, and made available to journalists in Enugu, the youth wing also declared that the parent body lacked the powers to â€œdisband or banâ€ them from functioning.

This is coming less than three days to the scheduled election into the youth and women wings of the organisation.
The youths while announcing that the new President General and his team would be inaugurated on April 21 in Owerri, Imo State, also distanced itself from the proposed election of the women and youth wings scheduled to hold on Friday, April 20 and Saturday, April 21, 2018 as earlier announced by Ohanaeze Ndigbo.

But in their latest statement, the youth group declared the independence of Ohanaeze Youth Wings from â€œOhanaeze Ndigbo presently led by Nwodo.â€

The group maintained that the â€œsuspensionâ€ of Nwodo as President General of Ohanaeze Ndigbo, which they announced two weeks ago remains â€œsacrosanctâ€.
â€œWe, Ohanaeze Youth Wing, having initially suspended Nwodo, hereby after a thorough consultations, near and wide resolved to severe ranks and relationship with the self-estranged Ohanaeze Ndigbo President, Dr. Nnia Nwodo and his suspension, remains indefinite till Ohanaeze Ndigbo is rescued.

â€œIn view of the above, any person or group of persons or authority dealing with the suspended and self-estranged President of Ohanaeze Ndigbo does/do so on his /its own peril and shall henceforth, not be seen speaking nor representing the interests of the Ohanaeze Youth Wing, including but not limited to his ongoing selling of forms to power mongering assuming persons to constitute Nwodoâ€™s illegal and rivalry executives of the Ohanaeze Youth and Women Wings.â€

On the emergence of a new leader, the group warned individuals and groups to desist from further dealing witj Nwodo, while asking the south east governors to extend hands of fellowship to the new leadership.

Reacting to the latest development, the National Publicity Secretary of Ohanaeze Ndigbo, Achi Okpaga, dismissed the actions of the group as the height of mischief.

He said the refusal by the President General, Chief Nnia Nwodo, to join issues with the â€œrecalcitrant young man and his co-travellers gave the offending youngsters the freedom to engage unchallenged in their media warâ€.
Okpaga observed that it was unthinkable for a body that was sacked by the Ime-Obi, the highest decision-making body of Ohanaeze Ndigbo and during the regime of Nwodoâ€™s predecessor in office, to now attempt to terrorise the new leadership nearly two years after their sack.

He regretted that governors and traditional rulers of Igbo-speaking states were allowing such a hallowed institution and the symbol of Igbo unity to be so denigrated.

According to him, â€œIt is proverbial that a child dancing in the middle of the road has somebody in the bush beating the drum for himâ€ and therefore advised those funding insurrection against Nwodo-led Ohanaeze Ndigbo to rethink and allow for Igbo unity. 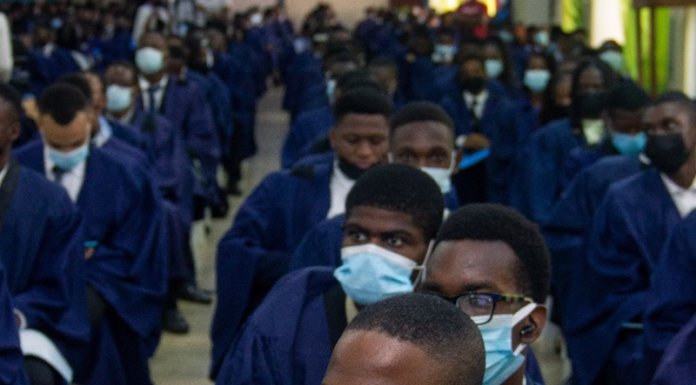