Residents of Lagos State were penultimate Thursday thrown into an undeserved, bizarre situation due the gridlock caused at different locations of the city by President Muhammadu Buhariâ€™s visit to the state. The state government had announced on Tuesday, that movement would be restricted to certain areas during the presidentâ€™s visit, promising that alternative routes would be made available. But unfortunately, residents who spoke with THISDAY expressed their disappointment over the way security operatives handled the situation, keeping them helpless by blocking most of the routes to their work places without providing alternatives as Governor Akinwunmi Ambode had earlier promised.

Heavy security presence could be seen in strategic locations all over the city, with policemen and para-military forces patrolling the streets. Roads were swept clean and painted in Nigeriaâ€™s national colours of green, white and green, with flags of the ruling All Progressives Congress (APC) party, banners, bill boards and posters of the visiting President bedecked on all the routes where Buhariâ€™s motorcade was set to pass through.

The state government had earlier declared the day a work-free day for civil servants to allow them to welcome the President. During the visit, Buhari was set to launch the construction of a 1.5-billion dollar deep sea port in Epe and tour the Eko Atlantic project, a new coastal city described as the â€œDubai of Africaâ€ being built from the coastline of Victoria Island, an affluent Lagos suburb. He was also to inaugurate a bus terminal and attend a colloquium in honour of APC national leader, Asiwaju Bola Ahmed Tinubu, a former governor of the state.

State Police Commissioner, Mr. Imohini Edgal, said adequate security arrangement had been made with the deployment of police, military and other officers to strategic points in the city. â€œSecurity engagements are in top gear, as we are working with the Federal Road Safety Corps, Nigerian Navy, Nigeria Security and Civil Defence Corps, Lagos State Traffic Management Authority and the Lagos State Emergency Management Agency,â€ he said. An earlier planned trip to Lagos in May 2016 was aborted at the last minute, with a terse statement from the presidency saying Buhari had an ear infection. He was then represented by Vice-President Yemi Osinbajo.

If leaving home as early as 3a.m. in the morning to arrive early at work was the price to pay for Mr. Presidentâ€™s visit; a lot of residents did so to beat the roadblocks mounted by security operatives, but they were unsuccessful as early as that time. A visit to Agege Motor Road, towards Oshodi Road in the early hours of the day, a large number of people were seen trekking and sweating profusely as only a few commercial vehicles operated and for those lucky enough to board them, they had to pay through their nostril even for the shortest journey, as Agege to Ikeja along which on a normal day worth N50 was charged at N500 with no apology. While to Oshodi passengers were charged N1000. Buses going to Ikeja Along from Oshodi charged N200, instead of the usual N100. The commercial drivers defended the fare increase, saying they had to drive through the streets of Ladipo to connect to PWD Bus Stop. The drivers leveraged on the fact that most of the buses that usually ply the axis have been held up by the road blocks mounted in different parts of the state.

Anger could be seen in its raw state on the faces of the people. A nursing mother of four who trades in Oshodi but was also affected by the situation lamented to THISDAY saying, â€œWhy should we have to suffer this way because our president is visiting? Didnâ€™t he visit other states too? But it was not like this. Why should the visit to Lagos be different from that of other states because he is coming to inaugurate a bus terminal? Will it solve the increased transport fare? Look at how I am sweating, look at my children; they are just too young to face this kind of suffering. We have been trekking since 6a.m. from Agege. We seriously donâ€™t deserve this. This is not civilisation.â€

Another private worker who identified himself as Junior Odigwe said, â€œWhen I heard the announcement that some roads would be blocked, I had to leave home as early as 4a.m. for Tinubu in Island where my office is located. With the hope that I would be able to beat traffic, but on getting to Oshodi, I am left stranded, how can drivers be charging N5,000 from Oshodi to Obalende? How can I afford that? I am a private worker, I am supposed to be paid my salary today, but I am not even able to go to work to sign the necessary documents to facilitate that, and I have wife and children at home who are solely dependent on my income before they can eat.â€

One of the passengers even compared Buhariâ€™s visit to that of the former President Goodluck Jonathan. â€œLook at what Buhariâ€™s visit is causing us now. During the time of President Jonathan, he visited Lagos regularly and we all went about our regular activities without any stress or road blocks. Why should Buhariâ€™s visit be different? Why should the people die because he is visiting? If I had known that the stress would be these much I would have stayed back in my house with my family.â€

â€œI left home around 5a.m. to enable me get to work early but unfortunately, I am still here because I couldnâ€™t enter the buses I saw, which were too expensive,â€ said Cynthia Roberts, an office assistant.

The story not different on the Island, Nzei Joy wondered why roads should blocked by security agents. â€œWhile we were stranded at Obalende Under Bridge, a thief snatched someoneâ€™s phone in my presence and started running away. He was chased by area boys and he dropped the phone while running, the owner got his phone back. We were stranded because there were fewer busses, while the ones available were charging N1,000 from Obalende to Lekki, and N1,500 from Obalende to Ajah, which usually used to be N100. Later it became N500 anywhere you stop between Falomo and Jakande. Keke to CMS went from the regular N50 to N200. Eko Hotel was a no go area, my friend working there had to take bike at the rate of N1000 to get to work. Mind you, it was just 7a.m. in the morning.â€ While Edikan Udobia said â€œthe traffic was too bad. A trip that should have taken maximum of 30 minutes, we spent almost four hours simply because the route to Victoria Island was blocked.â€

Domestic flights were also not left out. Their operations were disrupted nationwide due to the restriction of movement on some major routes in Lagos. A lot of the local and international passengers were stranded and unable to catch their morning flights due to the restriction which began as early as 3a.m. This development forced local carriers to delay all morning flights out of Lagos for hours, thereby causing a ripple effect on connecting flights in Port Harcourt, Abuja, Kano and Enugu among other airports across the country, and likewise affected the countryâ€™s economic activities drastically.

Aside the delays, some of the airlines which flew, flew with few passengers onboard to avoid cancellation, which cost them in millions. Speaking to THISDAY, The Chief Operating Officer of one of the airlines said in anonymity that the situation may cost his airline a total sum of N20 million, having cancelled some of its eight Lagos to Abuja daily flights the previous day.

In his words, â€œIt seems some people just forget that Lagos is the hub that feeds all other routes. So, practically shutting down Lagos is like disrupting all flights nationwide. If the president was to visit Lagos and blocking routes on the street was projected as one of the consequences of his visit, giving airline a prior notice of about a month or more would have been fair. That way, we could adjust ourselves and avoid this lost. We could have done better as a state.â€ The access roads connecting international and local terminals were standstill due to traffic spillover and disruption at the Ikeja end of Lagos to Abeokuta Expressway.

As part of the lockdown plan of the state government, the busy Lagos-Abeokuta Expressway had been truncated at both Ile-Zik and PWD axis, blocking traffic flow in and out of the airport area. Aviation security consultant, Group Capt. John Ojikutu (rtd), however, blamed the Nigerian Civil Aviation Authority (NCAA) and the Federal Airport Authority of Nigeria (FAAN) for not issuing adequate directives on the situation.

The economy was to a greater extent crippled, if not paralysed during the Presidentâ€™s visit. A stroll into Computer Village, Ikeja, one of the largest technology market in the world located in Ikeja. The ever busy and over crowded market was deserted or sparsely occupied. Only few countable heads were sighted as late as 12 noon. This was majorly because, traders in the market have been held up in some of the blocked roads around the state. Same goes to the popular Oshodi Market. 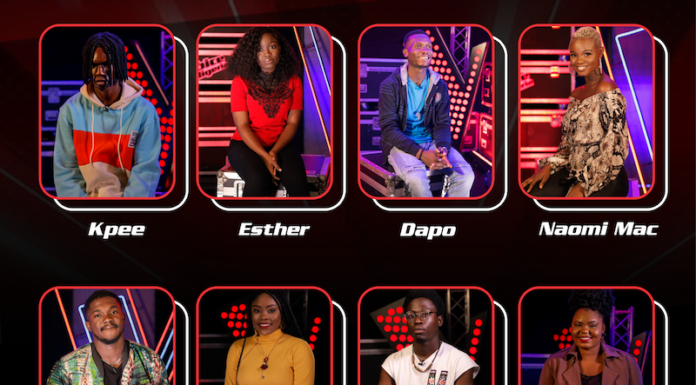