The All Progressives Congress has finally resolved to hold an elective national convention middle of next year, preferably on or before June 13.
The decision of the APC to move its convention to next year came just as the main opposition party, the Peoples Democratic Party (PDP), proceeded with plans to hold its national convention next Saturday by approving an 87-member planning committee headed by Delta State Governor Ifeanyi Okowa.

After many false starts in its effort to hold a mid-term non-elective convention in this year, the ruling party has settled for a new schedule that will coincide with the terminal date of the present National Working Committee. The NWC led by the national chairman Chief John Odigie-Oyegun was elected to office on June 13, 2014 and is expected to complete its four -year tenure in June 2018.

The party has been under pressure in the past one year to organise a mid-term non-elective convention in line with the provisions of its constitution but the absence of President Muhammadu Buhari who was abroad on sick leave for about a quarter of 2017 made it practically impossible.

THISDAY gathered that the APC took many things into consideration in arriving at the decision, including the resources required to convoke a national covention, the period of notice it would give the independent National Electoral Commission (INEC) for the convention, the timing for outstanding state congresses as well as the yet-to -be resolved intra party squabbles in some of the state chapters.

It was learnt that the agreement to extend the convention date till next year was struck during the meeting of the national leadership caucus held at the Presidential Villa in Abuja.
The National Executive Committee meeting of the party held penultimate week mandated the National Working Committee to set up a committee that would draw a new programme of activities for the party.

While speaking to journalists on what the party is doing about its mini convention, the APC’s National Publicity Secretary, Mallam Bolaji Abdullahi, said though no date had been fixed for the non elective convention, the party had asked the committee to go ahead and fix dates for all outstanding activities of the party before the main elective convention.
“Like I said after the NEC meeting because we were unable to hold the convention at the scheduled time and you are all aware that we earlier scheduled to hold our mini convention in July but we were not able to do that for one reason or the other .

“That means that all the programmes that the party has would have to dovetail into one another. We have the party’s state congresses coming up, we have the mini convention and the elective convention coming up that must happen by the first half of next year.

“So it is important we synchronise all the activities and that is why a committee has been set up by the NEC, just a couple of people being asked to sit together and harmonise all the various activities of the party starting with the mini convention and the various congresses across the states and local government areas which will now culminate in the national convention.â€

The spokesman said he did not know yet when the timetable would be out, “but that from the outcome of the committee’s assignment, we will now have a timetable that will align with the INEC’s calendar showing the activities of the party, beginning with state congresses and terminating with the national convention next year.”

Sources within the party said its leaders were not oblivious of the implication of holding an elective national convention close to general elections and were only hoping that all would go well so as not to put the party in crisis before an important election.

Going by INEC’s schedule for the conduct of general elections in 2019, Presidential and National Assembly elections will hold on February 16, 2019
The dates for the election is taken with consideration for a space of 100 days before the expiration of the tenure. To that effect the commission has decided that governorship elections will take place on a Saturday closest to the 100 days before the expiration of tenure.
By implication, campaigns by aspirants and political parties would have been at fever pitch from the second half of next year when party primaries would be approaching.

Meanwhile, the PDP has set up an 87-man member convention committee headed by Governor Okowa to help it organise the Saturday’s make or mar elective convention. A release signed by the National Organising Secretary, Senator Abdul Ningi, said the Committees would be inaugurated on Monday.
Apart from the main convention planning committee, the party also constituted 12 sub committees to help in the organisation of the convention.

Sources at the party headquarters revealed that there were certain intrigues that caused the delay in setting up the convention committee long before now.
The sources said that initially the party leadership considered appointing another governor from one of the states in the South-South zone but when some of the aspirants raised concern about neutrality, it back-paddled.

Those who kicked against the choice of a South-South governor argued that since the tussle for national chairmanship race appears to be between aspirants from South-south and South-west, it would be wise to assign a governor from the North to chair the convention committee. They suggested the appointment of Gombe State Governor, Ibrahim Dankwambo.

However, the National Caretaker Committee’s decision to finally settle for the Delta State governor was said to be driven by the belief that such a position would need someone that has the financial muscle and who can come to the aid of the party in footing the bill if the need arise.

Another reason for choosing Governor Okowa was because of the short timeframe within which the committee is expected to put up a good show at the convention.
As a member of the caretaker committee explained, the Delta governor had exhibited grasp of what it takes to organise such an event having performed creditably well during the last non elective convention of the party. 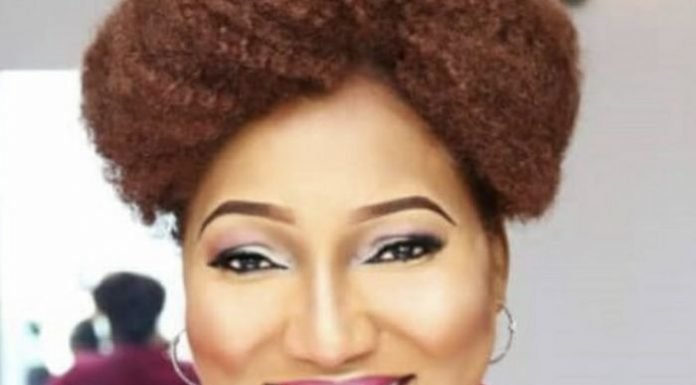