The President of the African Development Bank Group (AfDB) Dr. Akinwumi Adesina has launched the Presidential Youth Advisory Group (PYAG) to provide insights and innovative solutions for job creation for Africaâ€™s youth, as outlined in the Bankâ€™s Jobs for Youth in Africa Strategy (JfYA).

The Jobs for Youth in Africa initiative aims at creating 25 million jobs and impacting 50 million youth over the next 10 years by equipping them with the right skills to get decent and meaningful jobs. It is currently the largest effort going on for youth employment in Africa today.

The advisory group, inaugurated on the sidelines of the 6th EU-Africa Business Forum in Abidjan on Monday, according to a statement on Monday, would work with the Bank to create jobs for Africaâ€™s youth.

â€œThis is a huge opportunity for Africa. If we fix the youth unemployment challenge, Africa will gain 10-20 per cent annual growth. That means Africaâ€™s GDP will grow by $500 million per year for the next thirty years.

â€œAfricaâ€™s per capita income will rise by 55 per cent every year to the year 2050,â€ Adesina said at the inauguration of the Group.

Adesina, who identified Africaâ€™s greatest asset as its youth, observed that out of the 13 million youths that enter the labour market each year, only 3 million (about 33% of African youth) are in wage employment, while the rest are underemployed or in vulnerable employment. The annual gap of more than 8 million jobs is going to worsen, with the number of youth expected to double to more than 800 million in the next decades.

â€œAfrica has an unemployment crisis among its youth,â€ he stressed, noting that unless employment opportunities are created for them, Africaâ€™s rapidly growing population of youths can give rise to serious social, economic, political and security challenges.

Africaâ€™s youths, though strong and dynamic, cross the desert or the Mediterranean sea because they do not find decent jobs in Africa. Graduates are wandering in the streets, jobless. The low level of employment opportunities is also fuelling violence and extremism in Africa.

â€œ40% of African youths engaged in armed violence join gangs or terrorist groups because of limited opportunities in their countries,â€ Adesina said. 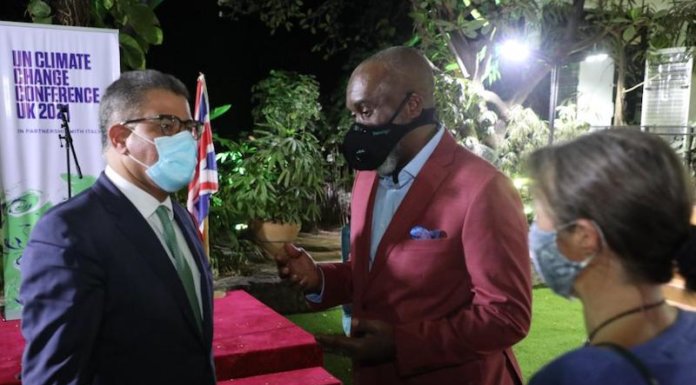