Tony Onyemaechi ElumeluÂ is arguably one of Nigeriaâ€™s finest and most seasoned entrepreneurs.Â AlthoughÂ completelyÂ home-grown, he has expanded the frontiers of his business to all the corners of Africa cutting into every major sector. Unless you know his background, you may never believe that he cut his teeth in business and developed his abilities in Nigeria. ElumeluÂ holds a bachelor and masterâ€™s degree in economics fromÂ thenÂ Bendel State University and University of Lagos respectively. Even though born into humble beginning, he has successfully transformed himself into a global business man and entrepreneur that many young Africans are eager to emulate.

From working for defunct All States Bank in Port Harcourt as regional manager at age 27, he proceeded to set up BGL investing $1.2m and became its founding CEO at the young age of 30. A year after founding BGL, he along with his team acquired Merchant Bank of Commerce and turned it around. From there, in 1997, underÂ hisÂ leadership, BGL proceeded to acquire the remains of distressed Crystal Bank of Africa later renamed Standard Trust Bank,Â STB,Â which grew astronomically to become the 5thÂ largest bank in Nigeria. STB later merged with UBA and Continental Trust Bank to constitute what we know today as United Bank for Africa. Today, UBA does business in the USA, Europe and about 20 African countries.

After retirement as GMD of UBA in 2010, his entrepreneurial instincts drove himÂ toÂ startÂ HEIRS Holdings with investments in financial services, energy, real estate and hospitality, agribusiness, andÂ health careÂ sector. In the same year,Â heÂ founded his philanthropic organisation called The Tony Elumelu Foundation with a mission to promote excellence in business leadership and entrepreneurship and to enhance the competitiveness of the private sector across the African continent. Let us find out the top 10 secrets behind the huge success recorded byÂ ElumeluÂ at such a young age and his philosophy for life and business.

I started reading books early in life. From a young age,Â Elumelu says he started studying the autobiographies of successful business leaders and how they transformed Corporate America. He wanted to understand how they achieved gigantic feats in building multinational organisations spanning many decades and countries.Â He grew up with the mind-set that he could replicate the successes recorded by these world leaders in their different countries. In fact, it was this mind set and conviction that drove the whole idea and philosophy of business turn-around. With a smile on his face, a deep of satisfaction and excitement,Â Elumelu,Â says â€œwhen we have the opportunity to turn-around, we do it well and create value for shareholders and other stakeholders.

I always want to do things differently.Â Heis innately driven by the need to be positively different. He likes to challenge the status quo and achieve results using unorthodox methods. This was evident in the early days of STB withÂ himÂ as CEO. The bank sought to radically redefine the standards of banking service and practice in Nigeria and pioneered online real-time services in all the bankâ€™s branches across the country. He wanted to raise a generation of bankers who didnâ€™t sit down waiting for business to come to the bank but were hungry for success and wanted to go out and get business. This practice was new back in the day because people were used to customers strolling and begging them to accept business. Today, this practice has become the norm,Â but it was largely pioneered by Standard Trust Bank. This has clearly defined him as one of the greatest transformational leaders of modern time.

Discipline.Â Elemelusays he worked extremely hard when they started and also made sacrifices in order to succeedÂ and in his own words,Â â€œit was quite rewardingâ€. People who worked withÂ this brilliant business man,Â right from the days when he was the young CEO of STB, will attest to the fact that he loves to work hard. It was impossible to survive a day in the bank if you werenâ€™t ready to work hard. He was often the last to leave office in the evening and first to resume in the morning. During his business abroad, you would think he will be on holiday but notÂ Elumelu. He worked during the day and read fax messages and attended to everything requiring his approval and sent them back. So he acknowledges that discipline played a major role in making him who he is today.

Developing a saving culture early in life.Â This manalluded to the fact that the first thing that influenced his life while growing was his fatherâ€™s advice that if he didnâ€™t save from earning one dollar, he would not save even if he earned $1bn. He says that disciplined mind-set not to consume everything but to keep a part affected his life significantly.Â HeÂ likes to call it the philosophy of savingsÂ and long term investment as being instrumental in making him the person he is today.

An entrepreneur must be quick and fast in his ideas and ability to act very quickly.From his early days, he always taught people the ability to think on their feet. It is impossible to be sluggish and work withÂ Elumelu.Â You’llÂ beÂ changing your waysÂ the very next minute after resumption because he has zero tolerance for mediocrity. He gives you tasks that might take up to 24 hours and gives you only 4 hours. He pushes and motivates you to excel and succeed. The weak quickly get discouraged and fall on the way. He concludes by saying that to succeed, an entrepreneur must know when an opportunity presents itself andÂ notÂ fail to seize the opportunity.

Making sacrifices. In his words,Â Elumelusays â€œI donâ€™t know of many people who have succeeded in life that are not disciplinedâ€. He goes further to say,Â â€œyou must have a rigorous way to doing things and be willing to make sacrificesâ€. People who have worked withÂ himÂ can attest to the factÂ thatÂ he lives a highly disciplined lifestyle. You might understand this better if you can imagine the amount of sacrifice and number of sleepless nights he and his team endured in order to resuscitate and transform a failed bank into the 5thÂ largest bank in Nigeria in less than 10 years?

Stay focused.Â Staying focused and keeping your eyes on the goal is vital for business success. People who have related with or worked withElumeluÂ will corroborate the fact that his vision isÂ 20:20and he sticks with that vision until he accomplishes it.Â HeÂ teaches his people how to avoid distractions and broken visions. His life also further reaffirms the value of tenacity in the pursuit of vision and staying focused.

Investing in long-term opportunities.Â Elumelubelieves in investing in key sections of the African economy that have the potential to bring economic prosperity and social wealth. That is why HEIRS Holdings has investments in all the key sectors of the economy including financial services, energy, real estate and hospitality, agribusiness, andÂ health careÂ sector.
Go from dreaming to actualising. InÂ Elumelu’s words, â€œwhen you dream dreams, you have to work hard to actualise the dreamâ€. He goes further to explain that â€œthe ability to translate the idea to reality is important as it differentiates successful people from ones who are not. Some only read for entertainment but others read and put what they read into practice,”he says.Â HeÂ further says you must â€œdecide who you want to be and work hard at itâ€.

Mentorship.ElumeluÂ openly acknowledges that early in his career at AllstatesÂ TrustÂ Bank, he benefitted from the mentorship of Chief Ebitimi Banigo.Â â€œChief Banigo helped me to develop my strategic thinking and insight and to channel my ideas into concrete action so that when the opportune moment arrived at the age of 34, I had the set belief to gather a small group together to take over and revive a failing bank through innovations in our servicesâ€.Â HeÂ concludes here that our role models help clear a path for the future and we can aspire to either be like them or do better than them.

All lovers and admirers ofÂ ElumeluÂ consider him a champion who embodies true greatness as he carries the fight, refuses to settle for a comfortable existence, thinks about the plight of others, inspires hope and decides to make the aspirations of others his own personal fight despite major challenges. Tony Onyemaechi Elumelu is not only a winner but a champion.

Itua is a banker and finance expert 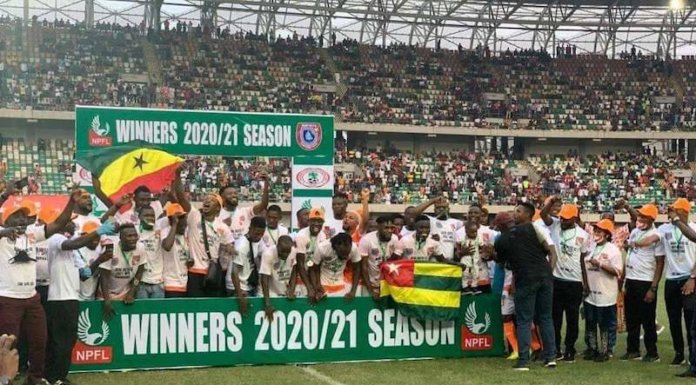