Home Nigeria FX Window Records $1.323bn TransactionsÂ in One WeekÂ on Soaring Investor Confidence
Share
WhatsApp
Facebook
Twitter
Email
Google+
Pinterest
Linkedin
ReddIt
Print
Tumblr
Telegram
StumbleUpon
VK
Digg
LINE
Viber
â€¢Â Â Â All eyes on MPC as 12 â€˜wise menâ€™ meet
Â
By Obinna ChimaÂ  Â Â
In a pointer to increasing confidence in Nigeriaâ€™s financial market, foreign exchange trading at the Investorsâ€™ and Exportersâ€™ (I &E) window notched a major milestone when total market turnover rose to $1.323 billion in just one week, trading results from the FMDQ OTC Securities Exchange showed at the weekend.
Total trade value for the week was a marked improvement, compared to the $803.1 million recorded in the preceding week.
The surge in activities at the window was attributed to offshore investor interest in treasury bills and the primary market auction (PMA) held last week by the Central Bank of Nigeria (CBN), with the rate on the Nigerian Autonomous Foreign Exchange Rate Fixing (NAFEX) closing at N360.39/$1.
Last April, the CBN introduced the I&E window including a raft of other measures to improve dollar liquidity in the forex market. The central bank has since intervened actively to support the local currencyÂ while keeping domestic liquidity conditions tight.
Most activities now occur on the I&E window, with Fitch Ratings recently acknowledging that the rate on the I&E â€œshould now be considered the relevant exchange rateâ€.
As ofÂ August 11, total turnover on the forex window was put at $4 billion and trading volumes and values have continued to rise. In addition, the forex window has helped banks shore up their forex liquidity this year.
Managing Director, Ecobank Nigeria Limited, Mr Charles Kie at the weekend said steps taken by the CBN so far to stabilise the forex market had been positive.
According to Kie, â€œNobody wants to come back to a situation whereby Letters of Credit (LCs) cannot be paid because that has an impact on the credibility of any financial institution.â€
He said the I & E window has created a platform that makes forex available and makes it easy for the price of the currency to be determined by supply and demand.
â€œThis is positive for the economy. And that has allowed some flows. When the naira finds its right price in the market, there is no way investor flows would not come in.
â€œAnd as more investor flows come in, obviously that has an impact on the rate of the naira to the dollar.
â€œWe have seen some improvements and I believe things can further improve. I believe if the economy is properly diversified and sources of forex are diversified, that will definitely allow re-balancing of the economy and improve foreign currency liquidity,â€ he added.
Meanwhile, as the 12-member CBN Monetary Policy Committee (MPC) meeting commences today, experts have expressed divergent views on the likely outcome of the meeting.
While some expect the MPC to slightly lower interest rates in order to support economic growth, some believe that the committee would keep all the key monetary policy tools unchanged, considering the fragile macroeconomic environment.
After five consecutive quarters of contraction, the Nigerian economy recorded a GDP growth rate of 0.55 per cent in the second quarter (Q2) of 2017 but remains susceptible to exogenous shocks and a high inflationary environment.
At the last meeting of the MPC in July, while the Monetary Policy Rate (MPR) was retained at 14 per cent, the Cash Reserve Requirement (CRR) and liquidity ratio were kept at 22.5 per cent and 30 per cent, respectively.
Inflation, on the other hand, has only slowed to 16.01 per cent in August, with the food component of the Consumer Price Index (CPI) still at an eight-year high, a concern which members of the committee would factorÂ tomorrowÂ andÂ WednesdayÂ when deciding on whether to lower rates or leave them unchanged.
Analysts at Afrinvest West Africa Limited said at the weekend that the MPC members would overwhelmingly vote to retain policy rates at current levels.
They noted that over the last three weeks, rates had been dropping sharply in the treasury bills market in response to the possible near-term easing of monetary policy and a reduction in the supply of longer-dated bills since CBN stopped offering 364-day bills at its OMO auctions.
Afrinvest noted that there has been a bull-flattening pattern (longer-term rates falling faster than shorter ones) at primary and secondary auctions for treasury bills, as investors aggressively position in longer-dated bills.
â€œGiven that market sentiments are often leading indicators of policy rate changes, we expect the MPC to take notice of recent movements in the yield curve.
â€œWe believe MPC would maintain status quo on all rates next week given the need to consolidate gains on stabilising forex and inflation rates,â€ Afrinvest said.
But Financial Derivatives Company Limited (FDC), in a note at the weekend, stated that the financial and business communities would be waiting with bated breath for the outcome of what the economic and research advisory firm described as one of the most important and symbolic meetings of the committee in recent times.
This, according to the FDC, was because the meeting will be taking place at a time when political and populist considerations would â€œovershadow the policy and economic imperativesâ€.
â€œThe most likely outcome is a split decision and a compromise around the maintenance of the status quo with fringe adjustments to the CRR and the width of the asymmetric corridor,â€ FDC stated.
The Ecobank Nigeria boss, however, noted that high interest rates discourage investment.
â€œWhat that means is that clearly, we need to create an environment where investments, which are critical for GDP growth, is made easy and cost-efficient.
â€œIf the cost of production of any good in the country is so high, how do you want inflation to come down?
â€œSo there is a need for the whole macroeconomic environment to ensure that inflation goes down and secondly, that the interest rate also reflects the level where it can create sustainable investments and high returns to the country,â€ he said. 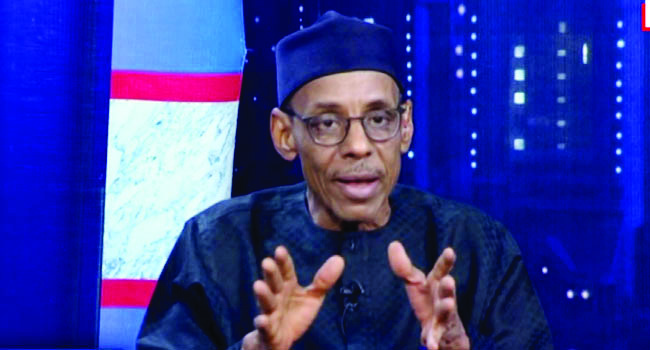