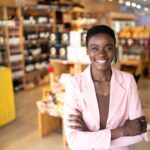 FMBN Orders Non-subscribers from Own Estates, to Sanction Developers

The Federal Mortgage Bank of Nigeria (FMBN) has read riot act to developers of its estates in Ondo State, directing those handling its estates to eject non -subscribers occupying buildings in its estates or face the wrath of the institution.

The FMBN Managing Director, Mr Ahmed Dangiwa issued the warning in Akure, Ondo State capital, when he led the management of the bank on inspection of the institution’s estates in the state.

The managing director fumed that rather than giving the houses to off-takers, they rent them out to tenants and collect rents to the detriment of the federal government’s purpose for the project.

He said that the affected developers would be made to pay all the monies collected from tenants or risked revocation of the estate development contract.

“As a developer, once you complete an estate, you are supposed to hand it over to the off-takers who will mortgage it. Most of the developer after completing the estate they will prefer renting the estate and start collecting money.

â€œThat is wrong and that is why we have to summon both the developers overseeing the mortgaging of these houses.

The managing director, who expressed disappointment at the sharp differences between the amount disbursed and the level of work done, said the bank had summoned the concerned developers.

“There are issues of non-performance and, that is why we have to summon some developers. The money that has been disbursed to them is not commensurate with the work on ground as to which most of this developers are facing and we have to address it immediately.

â€œThe threatening to take over the estate is to the fact that some of the houses are completed but they prefer to lease out as a rent than mortgage it.

“That is why we threatened to take over it even from the primary institution that is supposed to mortgage these houses. We’ve summoned both the developer and the primary mortgage institution to our office for explanations,â€ he said.

Dangiwa, who also led the team on a courtesy call to the State Governor, Mr Oluwarotimi Akeredolu, said the state workers have a lot to benefit by describing to the National Housing Fund (NHF).

“The workers in the state have to key immediately into the NHF to enjoy the benefits. We have visited the governor so that the workers can key into the mortgage plan immediately.

“State government workers are losing benefits of subscribing to NHF. We have about 700 houses that ready for off-take but no off-takers because the states are not in NHF contribution scheme,” he said.