State governors recently set up a committee to explore the option of actualising state police units, in addition to the existing federal Police Force; after a closed-door meeting with the Inspector-General of Police in Abuja. This, according to the governors, is to enable the Police ensure better security for the citizens all over the country. However, some analysts argue that some state police formations may be mis-used and turned into private armies by the governors. To you, will state police improve overall security in Nigeria?

* I am afraid if State Police will improve overall security as after all the governors would use them to witch-hunt their supposed enemies. Corruption has become part of the system and I can see it escalating unless another system of policing is adopted. With the current of people, it is nepotism all the way.

* Yes, it will. Governorsâ€™ body language, the police e.t.c. all positively aim for true security for Nigerians. It is like division of labour in Economics and a win-win situation. State police will reinforce the law genuinely, investigate vital crimes, enforce traffic laws on state high and expressways, overseeing state security, protecting the governor and his aides, training new officers for local policing (if too small to operate an academy), coordinate complex, multi-jurisdictional tasks e.t.c. It is overdue in Nigeria anyway. This is a chance we must grab.

* Well, State Police is okay if the state governors would finance them well and work under the ambit of the law; rather than governors using them to fight against their enemies and political opponents during election time. State Police will reduce crime in rural areas and also create jobs for jobless youths in the society. When there is security, development will set in every area. But only states that have the financial muscle should be allowed to have their own state police.

* The Nigeria I know is not yet ripe for state police. The regional/state leaders will just turn them to their tools of vengeance. God forbid for these regional warlords to get hold of our security apparatus!

* The Nigerian Police (Force) as presently constituted is not able to police the country effectively! The NPF is understaffed, under trained and equipped, and they are not also well motivated. So States that can afford a â€˜localâ€™ police force should be allowed to do so. The extent of their powers and the synergy with the NPF should be clearly defined and gazetted. We cannot downplay the importance of state police because of the fear of abuse; even the NPF can be abused sometimes. We have heard of several cases of abuse. While we are tinkering with the creation of state police, the NPF should be properly staffed, better trained and equipped and well-motivated. The option of â€˜community policingâ€™ should also be considered, posting personnel to their localities and states of origin. We need better and more effective policing without any doubt.

* I completely agree with the submission that it is dangerous to embrace state police right now because it may be prone to abuse by state and regional leaders.

* State Police will not and cannot improve any overall security alone; they will be used to suppress the minorities due to their selfish desires as can be seen in election into local governments across the country. Let us look at the recruitment into the police force in recent past, are there outcries of non-representation from other areas of the country or nor? Let us restructure the country using 1963 Constitution alongside the 2014 national conference resolution for our development, which will be submitted to the people via a referendum. Huge resources were spent on this and should not be wasted in this period of recession.

* No, not at all. State Police is known for persistent patterns of political instability, pervasive insecurity, corruption, class status gap between the rich and the poor, weak civil society organisations e.t.c. It is such hostile, selfish interlopers at the whims of the fraudulently ambivalent governors. This is an avoidable ill wind.

* Yes it can, at some time in the future. For now however, the police under the federal government is important for the corporate existence of this country. Imagine if someone defrauds you and you take him to the police station and before you know it everyone including the fraudster in the station starts speaking in their native tongue. When you consider how nepotistic we can be in Nigeria, you are bound to lose confidence in getting justice. This is probably the worst time for state police in Nigeria.

* The introduction of State Police would definitely be abused by the State. Much more, these states are struggling with payment of staff salaries, how much more setting up a police force, training and equipping them effectively.

* The Police Force is the principal law enforcement agency in Nigeria with exclusive jurisdictions by section 194 of the 1979 constitution to function across the country. I agree on the establishment of State Police which may comprise of the Administration, Anti-Fraud Section, the Central Criminal Registry (CCR) Special Anti-Robbery Squad (SARS) X-Squad, Special Fraud Unit (SFU) Legal Section. Forensic Science Laboratory, Anti-Human Trafficking Bureau, and Counter Terrorism etc. They will help in the adequate protection of lives and properties, harbours, waterways, railways and airfields. The citizens will be able to relate well with them, speak the same language, ensure justice, public safety, and improved logistics e.t.c.

* State Policing is a welcome development to individual states because it will strengthen security, but Nigeria is not ripe for State Police.

* I believe State Police will complement the federal force already in place, as long as the governors do not abuse the power therefrom. The formation of state police is not new in advanced countries like the United States of America and United Kingdom, but they have more organised structures and institutions which make their police forces functional at both state and federal levels. The trick here is to ensure that the state police, when formed, stick to their terms of reference, without intruding into areas of politics or personal errands by selfish governors or political overlords.

Although the National Assembly are currently in the process of reviewing and amending the standing 1999 Constitution, some analysts believe the national legislators have made some contentious decisions which do not bode well for the country e.g. immunity for legislators and non-acceptance of devolution of powers to states. From your own viewpoint, what should be added to or removed from the Constitution, to make it a better instrument for good governance and national development?Â Â

Please make your response direct, short and simple, and state your full name, title, organisation, and location. Responses should be sent between today (Aug 3 & Monday, Aug 7) to abimbolayi@yahoo.com, greatbimbo@gmail.com, AND abimbola.akosile@thisdaylive.com. Respondents can also send a short text message to 08023117639 and/or 08188361766 and/or 08114495306. Collated responses will be published on Thursday, August 10 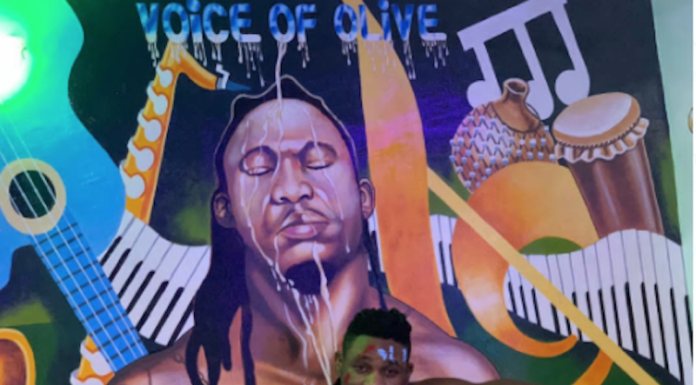 Mr Melody Hits the Stage Again with Voice of Olive