Nigeria Football Federation President, Amaju Pinnick, has repeatedly indicated interest in footballers with Nigerian background playing for European countries at the youth levels. He often wooed them to play for the Super Eagles. However, Pinnick may not go far with the best player at the recently concluded U-20 World Cup in Korea Republic, Dominic Ayodele Solanke, as he is dreaming more about playing for England, writesÂ Kunle Adewale

The NFF boss once said it had always been the dream of the present NFF board to build a young Super Eagles team that would go on to conquer the world by 2022, adding that the federation was monitoring several Nigerian players making waves in the various leagues in Europe.

â€œThe initial plan was to take our players in the various clubs, but now, what we are trying to do is what we call VIP scouting â€“ talking to these young players that are playing abroad to play for their father land. I am yet to see a Nigerian that is regretting being a Nigerian. No Nigerian, even if they have four or five passports, they are always excited being Nigerians. I can assure you that we shall get them to play for us at appropriate time,â€ he assured.

However, after piloting England to their first international success since 1966, Solanke has set his eyes on playing for the Three Lions and not many doubt his ability to lead England to glory at the senior level.

After a successful World Cup winning campaign that saw him scoring four goals in six games, Solanke has been drawing praises from every corner. Despite only playing one senior game of English football during his time at Chelsea, the strikerâ€™s time at Vitesse and dominance at youth level have seen him show enough to get fans and coaches excited about his ability.

He gave Reds fans a taste of what he could do with a solid World Cup campaign for the Under-20s and being named player of the tournament. It wasnâ€™t just in front of goal, however, that Solanke impressed as his movement; off the ball, work rate and ability to defend from the front have all been noted by his coaches.

â€œHis pressing ability is really something pleasing about him. Defending starts from the front and he is aware of that. You cannot afford to carry anyone defensively and we certainly donâ€™t. While forwards are the match-winners and they get the glory, the other side of it is important too. The best teams all have that. He is a really good, solid lad who is very hard-working, very humble and very talented. I think he is going to have a very good career,â€ Andy Edwards, Englandâ€™s out-of-possession coach told Sky Sports.

Former Chelsea youth Coach, Adi Viveash was equally full of praise for the talented, young star: â€œI have been very lucky as I have worked with some very talented players. But Dominic is right up there at the top of that list. He is an outstanding footballer. Heâ€™s intelligent and has great movement. He plays like a No. 9 and a No. 10 put together.â€

This praise echoes previous comments made by the likes of Tore Andre Flo, John Terry and Jose Mourinho who have all worked closely with the young talent.

Mourinho indeed declared two years ago that he would have failed if Solanke was not playing for England in three or four yearsâ€™ time.

“My conscience tells me that if, for example, Lewis Baker, Izzy Brown, and Dominic Solanke are not national team players in a few years, I should blame myself. “â€˜They are part of a process the club started without me. In this moment, we have players who will be Chelsea players. And when they become Chelsea players, they will become England players, almost for sure,” Mourinho said.

The 19-year-old striker could make Blues rue the day they sold him to Jurgen Klopp’s contenders as the Liverpoolâ€™s summer swoop for Chelsea whizkid appears to be paying off already. And Solanke has wasted no time in making his presence felt. He is regarded as one of the brightest young English talents; a player who Jose Mourinho once confidently stated would play for the Three Lions.

Solanke, who was born in Reading, has been a Chelsea player for over half of his life. He joined the club at seven years old and, like countless boys of that age, had dreams of becoming a professional footballer.

Unlike many a young hopeful, however, Solanke had the talent and ambition to achieve that dream. And as he progressed through the different age groups, the strikerâ€™s innate ability became evident. He is a natural goal scorer.

Chelseaâ€™s coaches recognised this early. It is why, while still an under-15 player, Solanke was handed a debut for the clubâ€™s under-18 side in February 2013.

Despite playing against opposition defenders three years his senior, Solanke was not intimidated and he ended that season with two goals in 10 appearances.

He had made his mark and the 2013-14 campaign would be a landmark year for the striker. Still only 16, he cemented himself as the under-18s No9. His talent shone through once again. He scored 20 times in 28 appearances that season to help Chelsea win the FA Youth Cup.

Solanke would also taste international success with England at the end of the campaign as he scored four goals as the Young Lions won the 2014 Uefa European Under-17 Championship.

If Chelsea felt they had a gem on their hands in the summer of 2014, and you sense they did considering he signed his first pro deal that September, they knew for sure a year later that Solanke was something special.

He scored an incredible 41 goals in 39 games for the under-18s during the 2014-15 campaign, which helped Chelsea win another FA Youth Cup and the Uefa Youth League. It was during that campaign that Solanke made his Chelsea debut.

The then 17-year-old was introduced by Mourinho as a 73rd-minute substitute in a 6-0 win over NK Maribor in the Champions League. That appearance turned out to be the only competitive game the striker played for the Blues.

It was clear by the summer of 2015 that Solanke had outgrown his surroundings in the Chelsea academy.

He needed a bigger challenge and, as they have done with several of their young players, Solanke was loaned to Dutch club Vitesse Arnhem. But his spell in Holland was slightly underwhelming. Perhaps Blues fansâ€™ expectations were too high given that the step up to first-team football is greater than many imagine.

Solanke was not able to plunder goal after goal and an Achilles tendon injury he sustained at the beginning of February kept him out for over a month.

But his return of seven goals in 27 matches was respectable and he had certainly made an impression on former Vitesse and Ajax defender Ferdi Vierklau.

He said: â€œHe is clinical. Sometimes, with the most impossible balls he knows how to do something beautiful from nothing. In that way, he is reminiscent of Zlatan Ibrahimovic. He is doing so well.â€

He had only 12 months remaining on his contract and, understandably, Chelsea did not want to let him depart without knowing his long-term future would be at Stamford Bridge. But negotiations stalled and by February it was clear talks had ended. There is no doubt this has been a wasted season for Solanke.

He has played just six games, all for Chelseaâ€™s Under-21 side, in which he has scored twice. However, he will hope the ends justify the means.

Chelsea will be disappointed to have lost Solanke, a player they have spent money and 12 years nurturing. But the lack of first-team opportunities academy graduates are afforded at Stamford Bridge was one day going to come home to roost.

According to reports, Solanke has agreed a Â£20,000-per-week deal with Liverpool because he believes he has a better chance of establishing himself in the Reds first-team.

Celtic were interested, RB Leipzig too, but it is Anfield that the England Under-21 international now calls home.

Chelsea will receive compensation, as Solanke is under 23 and was offered a contract, thought to be around Â£3m. For a player of Solankeâ€™s talents, that could well prove to be a bargain.

He initially joined the Redsâ€™ Under-23 side but, if history is anything to go by, Solanke will quickly be moved up.

It would not come as a surprise to any Chelsea fan – or coach for that matter – to see Solanke making an impact in the Premier League next season.

For the Blues, they will always wonder what might have been. Solanke may prove to be the star they let slip away. 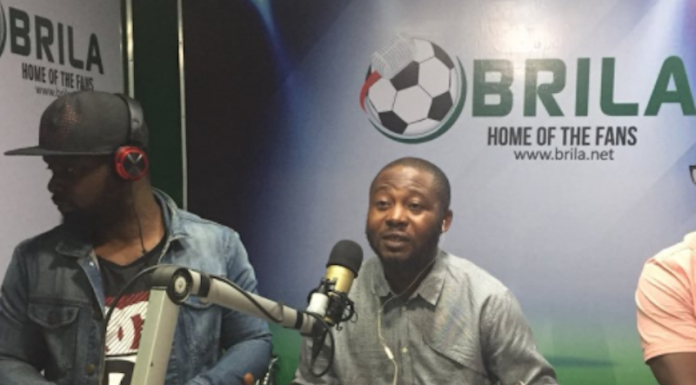 THE RISING TIDE OF INSECURITY